Turkey and the Regional Dynamics of the Syrian Crisis 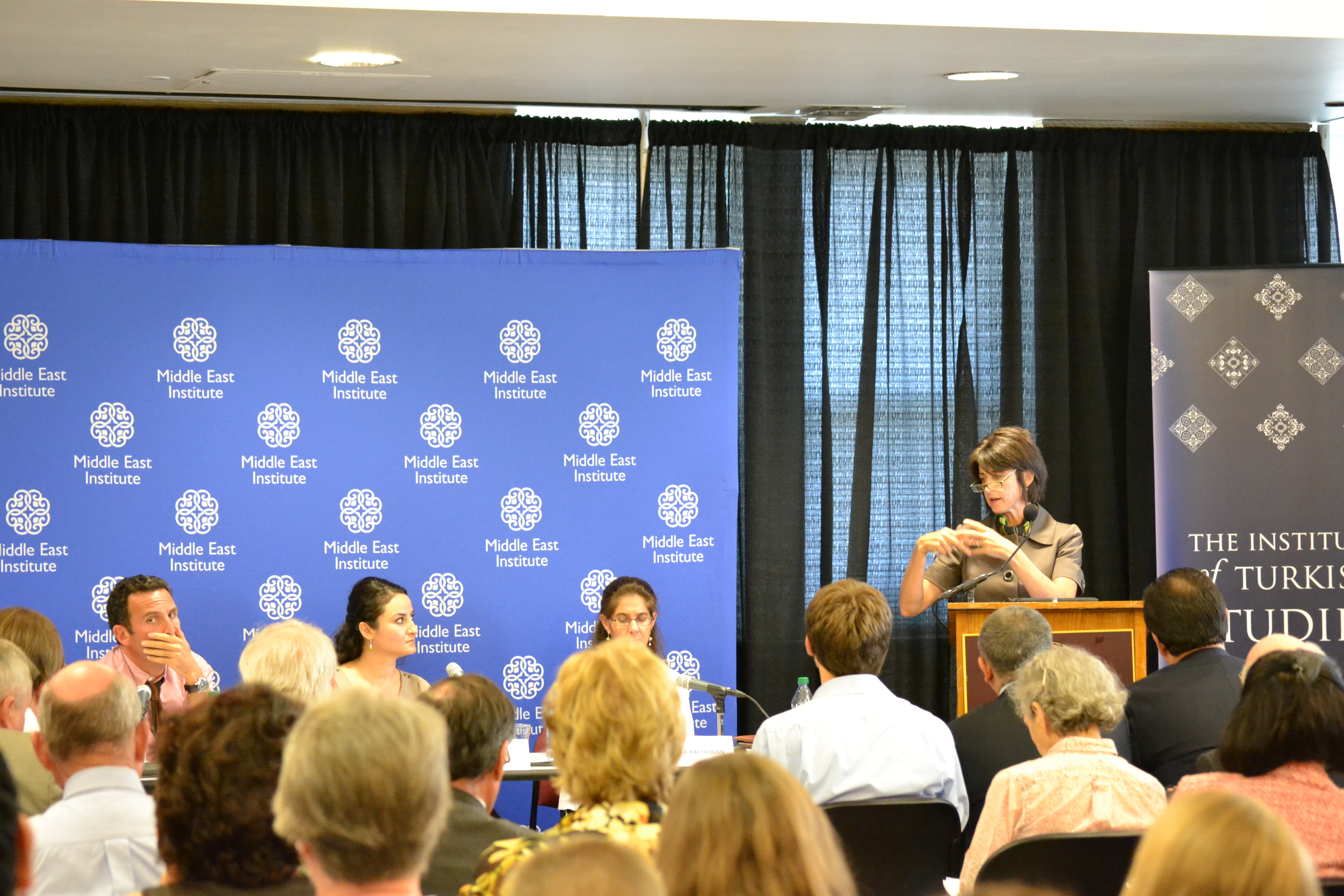 Yacoubian, project director of Pathways to Progress: Peace, Prosperity and Change in the Middle East program at Stimson Center, discussed the convergence and divergence of Turkey and U.S. policy regarding the crisis in Syria. She argued that while both Turkey and the U.S. agree on the broader strategic goal of Assad leaving, Turkey has been much more forward-leaning than the U.S., especially on the issue of establishing safe havens in northern Syria.

Natali, Minerva Chair at the Institute for National Strategic Studies at National Defense University, discussed how Kurds in both Turkey and Syria have benefitted from the power vacuum in Syria. She argued that the rise of Kurdish influence in Syria is undermining Turkey's national security interests, especially with regard to Turkey's ambitions for energy sector development in the region.

Taspinar, director of the Turkey project at Brookings Institution, discussed the deterioration of Turkey’s “zero problems with neighbors” policy in light of the Assad crackdown in Syria. He argued that Turkey falsely believed it had sufficient leverage to move the Assad government toward greater democratization. Taspinar said Turkey’s inability to influence events in Syria has been a source or great frustration for the government and has resulted in considerable domestic opposition to its current policy of regime change in Syria.