Turkey's 2023 elections: What do the polls say? 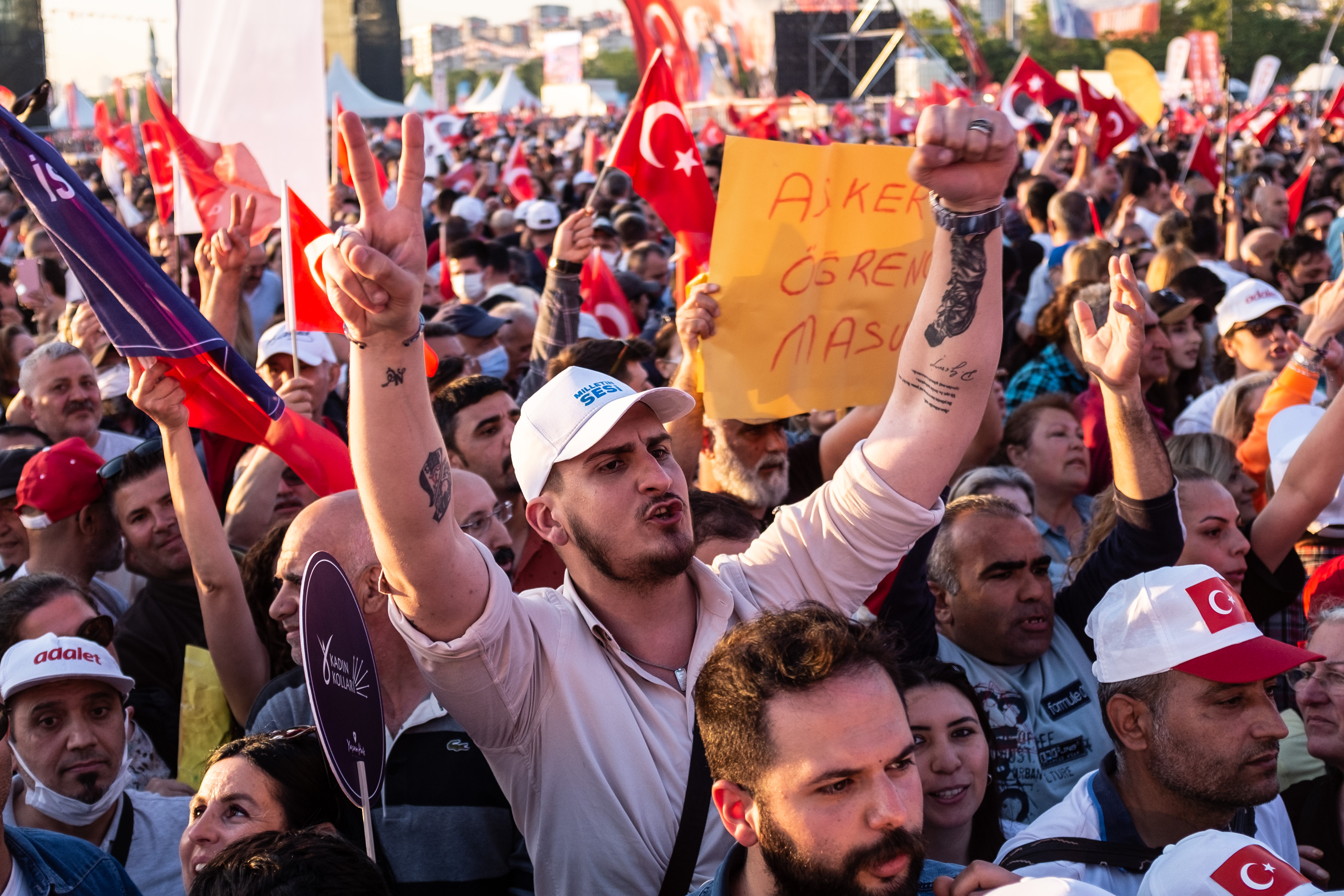 Turkey will hold presidential and parliamentary elections in mid-2023, amidst a deepening economic crisis, growing anger toward millions of refugees unable to return to wartorn Syria, and an increasing alienation of Turkish youth from the governing regime.

With the electoral campaign gradually ramping up, President Recep Tayyip Erdoğan’s rivals are surging in the polls. But how credible are those polls? What do they say about the larger societal dynamics that could play a role in the elections? What are the top issues on the minds of voters? To address these questions and more, please join us for an expert panel discussion moderated by Gönül Tol, the Middle East Institute’s Director of Turkish Studies.

Emre Erdoğan
Prof. Emre Erdoğan lectures on social statistics and advanced research methods at Istanbul Bilgi University since 2005. He is the Acting Head of the Department of International Relations. Having earned his doctoral degree in Political Science from Bogaziçi University, he has served as researcher and senior consultant in various projects in academia and civil society. His research focuses on political participation, foreign policy and public opinion, child and youth well-being, and methodology and statistics. He studies Syrian refugee youth in Turkey in terms of their social, educational, and economic integration. He also works extensively on othering, polarization and populism and regularly publishes on these topics.

Can Selçuki
Can Selçuki holds an MSc degree in Economics from Bocconi University. Before co-founding Istanbul Economy, a public opinion and big data firm, Can was an economist at the World Bank Ankara Office, working both with public and private partners in private-sector development. His work at the World Bank focused on regional development, competition, and innovation policies. Prior to his job at the World Bank, Can worked as an economics researcher at the Brussels-based think tank the Centre for European Policy Studies (CEPS) for three years. He is the author of several papers and reports on trade competitiveness, regional development, and innovation policy in Turkey. Moreover, he is a frequent commentator on Turkey and the region in print and visual media, such as BBC World, FT, and Foreign Policy, and regularly writes on Turkish economy and politics in Turkish and international print.

Osman Sert
Osman Sert is Research Director at Panoramatr Turkey. As a journalist, he covered the Turkish economy, prime minister’s office, and diplomacy, conducting several interviews with world leaders and ministers as well as periodically traveling to various conflict zones around the world. He was a diplomatic editor at CNN Türk and Jerusalem Bureau Chief of TRT. He served as chief advisor to Ahmet Davutoğlu, the former Turkish minister of foreign affairs (2009-2014) and prime minister (2014-2016). Sert is a frequent commentator on Al Jazeera, the BBC, and other international media outlets. Additionally, he is the editor of perspektif.online, a Turkish website catering to academia, and a columnist at Karar daily. He holds a degree from the International Relations program at the- Middle East Technical University.

Gönül Tol, moderator
Gönül Tol is the founding director of the Middle East Institute’s Turkey program and a senior fellow for the Frontier Europe Initiative. She is also an adjunct professor at George Washington University’s Institute for Middle East Studies. After three years of field research in Germany and the Netherlands, she wrote her dissertation on the radicalization of the Turkish Islamist movement Milli Gorus in Western Europe. She was previously an adjunct professor at the College of International Security Affairs at the National Defense University. She has taught courses on Islamist movements in Western Europe, Turkey, world politics, and the Middle East. She has written extensively on Turkey-U.S. relations, Turkish domestic politics, and foreign policy and the Kurdish issue. She is a frequent media commentator.