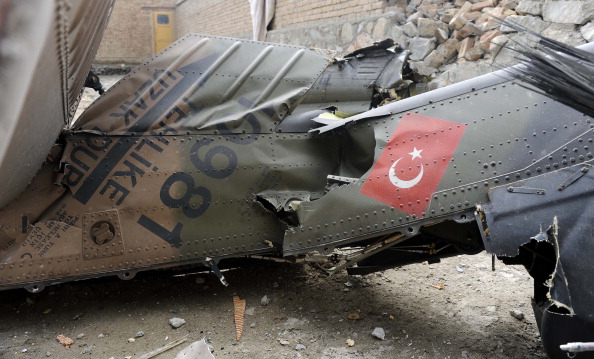 The Middle East Institute is proud to host Hüseyin Bağcı, professor of international relations at the Middle East Technical University in Ankara, for a discussion about the challenges and opportunities Turkey faces in light of increasingly complex regional developments, like the war in neighboring Syria and Kurdish aspirations.  An expert on Turkish foreign relations, Bağcı will analyze Ankara's foreign policy and security concerns and offer insight into the changing role of Turkey as both a global and regional power.

Hüseyin Bağcı is a professor of international relations at the Middle East Technical University in Ankara and has been chair of the department since October 2011. In 1998, he received his Ph.D. in political science from the Rheinische Friedrich-Wilhelms-University in Bonn. He was guest researcher at the German Society for Foreign Affairs (DGAP) in Bonn, as well as a senior fellow at the Center for European Integration Studies (ZEI) in Bonn and at the Ministry of Defense's National Defense Academy and Institute of Military Studies in Vienna. He has published several books and a large number of articles on Turkish foreign policy and Turkish-German relations. Prof. Bağcı is a famous TV and radio commentator in Turkey. Prof. Bağcı is a member of IISS in London and the Center for European Policy Studies (CEPS) in Brussels, Belgium. He is also the deputy director at the Foreign Policy Institute in Ankara. Prof. Bağcı was a visiting professor at the University of Bonn in 2007, the University of Rome "La Sapienza" in 2007, the University of Lublin in 2008, and at the Humboldt University in Berlin from 2010-2011. Professor Bağcı has been widely quoted by both Turkish and international press.

Gönül Tol is the founding director of The Middle East Institute's Center for Turkish Studies. She is also an adjunct professor at George Washington University's Institute for Middle East Studies. She received her Ph.D in political science from Florida International University, where she was a graduate fellow at the Middle East Studies Center. She previously worked at the U.S. Representative Office of the Turkish Industry and Business Association (TUSIAD). She was also an adjunct professor at the College of International Security Affairs at the National Defense University.