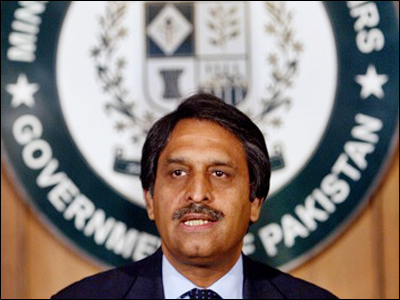 Ambassador Jalil Abbas Jilani assumed his responsibilities as Ambassador of Pakistan on January 2, 2014. Prior to his appointment as Ambassador of Pakistan to the United States, Ambassador Jilani served as Foreign Secretary of Pakistan from March 2012-December 2013. He is a career diplomat and has also served as Ambassador of Pakistan to Belgium, Luxembourg, and the European Union (2009-2012), and as Pakistan's high commissioner to Canberra, Australia (2007-2009). He is a specialist in South Asian affairs and formerly served as the director general of South Asia and the South Asian Association for Regional Cooperation (2003-07), deputy high commissioner/acting high commissioner to India (1999-2003), and India director at the Ministry of Foreign Affairs (1992-95). In 2005 he also served as government spokesman on foreign affairs. From 1989 to 1992, Ambassador Jilani served as deputy secretary in the prime minister's secretariat. His other overseas assignments included Jeddah (1983-1985), London (1985-1988), and Washington (1995-1999). Ambassador Jilani holds a Bachelor's Degree in Law and M.Sc. in Defense and Strategic Studies.

Marvin G. Weinbaum is professor emeritus of political science at the University of Illinois at Urbana-Champaign, and served as analyst for Pakistan and Afghanistan in the U.S. Department of State's Bureau of Intelligence and Research from 1999 to 2003. He is currently a scholar-in-residence at the Middle East Institute in Washington DC. He is the author or editor of six books and has written more than 100 journal articles and book chapters. Dr. Weinbaum was awarded Fulbright Research Fellowships for Egypt in 1981-82 and Afghanistan in 1989-90, and was a senior fellow at the United States Institute of Peace in 1996-97. He has been the recipient of research awards from the Social Science Research Council, the Ford Foundation, the American Political Science Association, and other granting agencies.