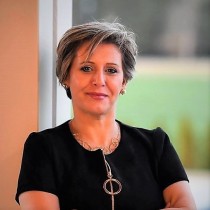 Carol Daniel Kasbari, Ph.D, is a social scientist with an interdisciplinary doctoral degree in conflict analysis and resolution with 20+ years of experience designing and leading programs in the field of conflict mitigation, peacebuilding, advocacy, and nonviolent resistance in very complex international environments focusing on the Middle East and North Africa (MENA) region and Europe. She is a Non-resident Scholar with MEI's Program on Palestine and Palestinian-Israeli Affairs, has participated in several second track negotiations of Palestinians and Israelis, and led hundreds of dialogue sessions among adversaries in different political contexts, including Palestine, Israel, Jordan, Iraq, Turkey, Cyprus, Greece, and Bosnia.

She was a consultant for UNESCO’s division of Freedom of Expression, Democracy and Peace for eight years, where she led media and education programs in the Middle East. And later on, she worked with the EU program for peace to lead and design educational programs and workshops for critical media consumption at several academic institutions in Arabic and English. In 2009, she led CMM programs funded by USAID and international NGO’s such as Search for Common Ground and Catholic Relief Services, where she ran multimillion-dollar programs on conflict sensitive reporting and peace journalism and trained hundreds of media professionals, facilitators and advocates from the region.

She acquired her Ph.D. from the School for Conflict Analysis and Resolution (Carter School), at George Mason University in Virginia (https://activity.scar.gmu.edu/people/carol-kasbari), where she currently teaches as an adjunct professor. Her research captures the effects of “everyday resistance on relations of power in the Occupied Palestinian Territories” and she currently writes for peer reviewed academic articles on decolonizing resistance, the immediate outcomes of everyday resistance, and peacebuilding through the lenses of local ordinary citizens. She received numerous awards such as the John Burton award for her academic excellence twice, and James H. Laue Scholarship for her service to the field of conflict resolution. She also received the George Mason Provost fellowship for conducting her field research and in 2019 and the prestigious dissertation Award of the AAUW (American Association of University Women) in addition to the George Mason’s advisory board scholarship. She has written several papers and presentations, as well as a number of op-eds in The Washington Post, The New York Times, and local media outlets in the Middle East. 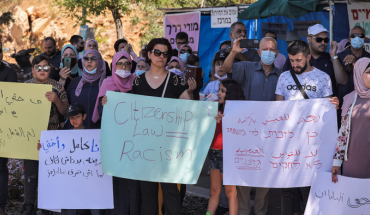 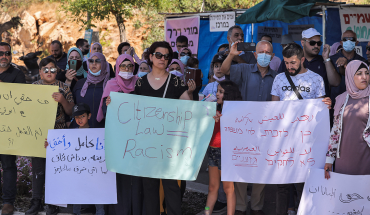 Once again, Israel throws up an unlawful barrier to Palestinian family reunification 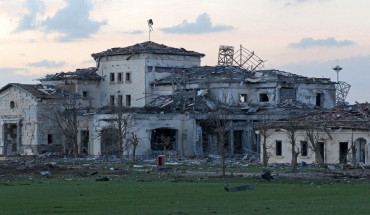 Monday Briefing: What prompted the IRGC to strike Erbil?