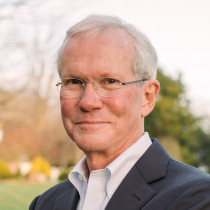 David Welch is a member of MEI's Board of Governors and is a Senior Vice President of the Bechtel Corporation, where he is President of International and Government Affairs.  He also supervises Bechtel’s Washington, DC office, global corporate affairs, and global security. He is located in Bechtel’s headquarters in Reston, Virginia.

Welch joined Bechtel at the end of 2008 after more than 30 years of experience in the U.S. Foreign Service, where he rose to its highest rank, Career Ambassador. He was appointed by the President and confirmed by the Senate to senior positions in successive Democrat and Republican administrations, and has received numerous State Department and Presidential awards and recognitions.

Welch served as Assistant Secretary of State for Near Eastern Affairs from 2005-2008, where he led U.S. diplomacy in this key region and supervised American relations with the Arab Middle East, Israel and Iran. Ambassador Welch was the on-the-ground negotiator during the 2006 war in southern Lebanon. He was the lead negotiator to set up the Annapolis Conference that launched Israeli-Palestinian peace negotiations in 2007, and was the American envoy to the international “Quartet”. Welch led the U.S.-Libyan negotiations that resulted in a comprehensive claims settlement agreement in 2008 and the full restoration of normal relations between the two countries.

From 2001 to 2005, David Welch was the U.S. Ambassador to Egypt, one of the largest American Embassies in the world. Welch was Assistant Secretary of State for International Organization Affairs, 1998-2001. His overseas service includes two years as Charge d’affaires leading the U.S. Embassy in Riyadh, Saudi Arabia, and assignments in Jordan, Syria, and Pakistan. Welch was a member of the National Security Council staff at the White House, 1989 to 1991.