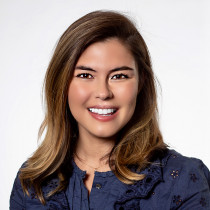 Erin Moffitt is a career national security professional with experience in defense policy and advocacy. She is currently a senior analyst at the Center for Counterterrorism Studies within Joint Special Operations Command.

Erin previously served as a policy analyst in the Office of the Assistant Secretary of Defense for Special Operations/Low-Intensity Conflict (ASD SO/LIC) where she worked to craft DoD policy on information operations and irregular warfare. Before departing ASD SO/LIC she served as the Chief of Staff (Acting) for the Office of the Deputy Assistant Secretary of Defense for Special Operations & Combatting Terrorism during the most recent administration transition.

Erin has extensive experience designing, implementing and evaluating USG projects and programs in the Middle East. While assigned to U.S. Embassy Amman Erin coordinated interagency and partner-nation efforts to respond to the Syrian refugee crisis and commissioned the first nation-wide study to identify factors impacting propensity and influence pathways toward violence extremism in Jordan.