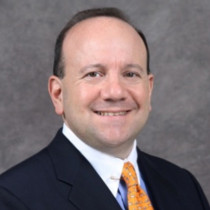 James Quigley is a Managing Director and was named Executive Vice Chairman of International Corporate and Investment Banking at Bank of America Merrill Lynch in 2010. He is responsible for enhancing the firm’s relationships with key private and public sector issuer clients and institutional investors globally to ensure delivery of the bank’s full capabilities across asset classes and product sets. Previously, he was president of Bank of America Merrill Lynch’s Latin America Group and managed all activities of the broader institution within the region.

Prior to the Bank of America and Merrill Lynch merger, Quigley was a Vice-Chairman of Merrill Lynch & Co. from May, 2004, Executive Chairman of Merrill Lynch International from 2005 and, was also named President of The LATAM Global Markets & Investment Banking Business from early 2006.  He also ran the Merrill Lynch businesses in Canada from 2006 and, the EM businesses across the CEEMEA Construct from late 2008. As Executive Chairman of Merrill Lynch International, he served as partner and advisor to the global business heads and BlackRock, Inc. to maximize revenue and strategic growth opportunities across key markets in origination, trading, private client and principal investing businesses. As Head of Latin America Global, he defined business strategy in the region, integrating country, industry and product capabilities.  He was also responsible for integrating businesses in Canada and for client coverage in the CEEMEA Region.  As Vice Chairman, Quigley worked with the leaders of Global Markets & Investment Banking’s core businesses and regional executive management to prioritize and implement client coverage and origination strategies to maximize revenue opportunities, including aligning the global client origination efforts with those of the Merrill Lynch Bank Group.

Quigley, who was hired by Merrill Lynch in November, 1982 in The NYC-based IG Debt Syndicate area, has held a multiplicity of roles throughout the 1980’s-1990’s.  He spent 2 years in London managing the Firm’s Debt Underwriting and Capital Markets Desks from 1985-1986. He was made the youngest MD in Merrill Lynch in 1989 and, at that time, he was running the U.S. IG Investment Grade New Issues Business.  From 1993, Quigley was charged with setting-up and managing Debt Underwriting businesses in all target market geographies outside the USA: Paris, Zurich, Frankfurt and London in Europe; Toronto and LATAM in the Americas and Hong Kong, Singapore and Sydney across APAC.  From 1998 thru 2002, he was managing the fully integrated Debt Capital Markets and Underwriting Businesses worldwide for Merrill Lynch. He graduated in May, 1982 from The Elliott School of International Affairs of The George Washington University in Washington, D.C. with a B.S. in International Affairs and International Economics.