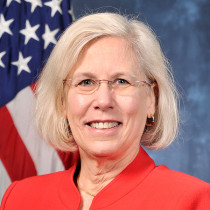 Joanne Held Cummings is a distinguished senior fellow on national security at MEI. She retired as a Foreign Service Officer from the U.S. Department of State with multiple awards. She served in a variety of leadership positions in Embassies from Yemen to Micronesia, and she was most recently the POLAD to the Combined Joint Task Force against ISIS (CJTF-OIR) from 2018 to 2020.

In her role as a United States Foreign Service Officer, Ms. Cummings led a U.S. diplomatic mission, political and economic units, and served as advisor to senior military commanders in Iraq, Afghanistan, and in the broader Middle East. She led U.S. humanitarian programs on displacement in Iraq. Prior to the State Department, Ms. Cummings advised institutions across the Middle East on education and development through her offshore company in Cyprus.

During her international life and career, Ms. Cummings gained extensive diplomatic, national security, and humanitarian experience across the Middle East and North Africa (including Turkey and Iran), Central Asia, the Horn of Africa, and Oceania. She was awarded numerous State Department and Department of Defense awards, including Foreign Policy Advisor (POLAD) of 2019 and the U.S. Department of the Army Superior Civilian Service Award.