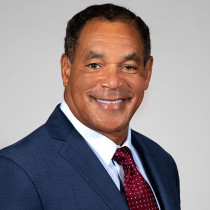 General (Ret.) Michael X. Garrett is a distinguished Senior Fellow on National Security at MEI. He retired as a four-star general in the United States Army after nearly 40 years of service, during which he held a variety of commands in positions of leadership. Most recently, he was the Commanding General U.S. Army Forces Command (FORSCOM), the largest command in the U.S. Army. Prior to this, he served as the Commander, U.S. Army Central Command for almost four years and served as the Chief of Staff, U.S. Central Command.

In his role as the FORSCOM Commander, Gen. Garrett was responsible for the readiness and deployment of Active, Guard, and Reserve forces to meet global security requirements. As the Army Central Commander, he was responsible for all Army related activity in the Central Command area. One of the many highlights of his career was the establishment of the Army’s newest Airborne Brigade Combat Team in Anchorage, Alaska. The unit was formed, trained, and deployed to Iraq for 15 months during Operation Iraqi Freedom.

During his military career, Gen. Garrett gained a granular understanding of training and deploying U.S. military forces. He also gained unique insights into the land forces of all the countries on the Arabian Peninsula as well as of Central and South Asia. Gen. Garrett’s awards include the Distinguished Service Medal, Defense Superior Service Medal, Legion of Merit Medal, and Bronze Star, among several others.

Education
Gen. Garrett is a graduate of Xavier University, the Infantry officer’s basic and advanced courses, the Command and General Staff College, and an Army War College fellowship.