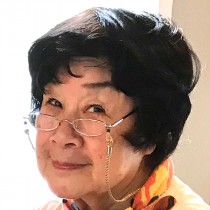 Williamson is a retired Foreign Service Officer, having served six presidents, achieving the rank of Career Minister. She is a scholar with the Middle East Institute and the National Council on US-Arab Relations, a consultant, and frequent guest lecturer at Johns Hopkins University, the Defense Institute of Security Cooperation, and the National Joint Staff College. She is also a member of Georgetown University’s MSFS oral boards, and a director on both corporate and non-profit boards. Williamson has lectured at numerous World Affairs and Business groups across the country, numerous universities, several cruise ships, as well as briefings to the U.S. Congress.

Williamson has had a unique combination of policy positions in four Cabinet departments in the U.S. government as well as numerous diplomatic assignments in and about the Middle East.

When Deputy Assistant Secretary of Commerce, Williamson was responsible for the Middle East, South Asia, Oceania and Africa, advancing trade relations with 86 countries with a trade portfolio valued at over $120 billion/year.

As Deputy Assistant Secretary of Defense, Williamson was responsible for the Middle East, Africa, and South Asia. She was engaged in operational defense structure bottom-up reviews, the policy challenges of Iraqi provocations, crises in Rwanda and Somalia, and nuclear tests in South Asia.

She has had numerous diplomatic postings in the Middle East, including heading up our diplomatic mission in Jerusalem during the Madrid Peace Process, which culminated in the Oslo Accords.

She has been trained in both Hebrew and Arabic.