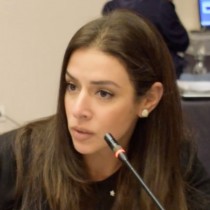 Sarah El Battouty is an award-winning architect with 18 years’ experience in the field of green and environmental building. Sarah is the founder of one of Egypt’s leading environmental design and auditing companies, ECOnsult, which has carried out the most certified energy-saving projects in Egypt. Her design work spans from Egypt and Italy to China and focuses on partnering with the private sector and government to implement green projects. Since 2014, Sarah has been an appointed senior advisor to the Egyptian president on sustainable community development, in projects including energy- and water-saving awareness programs in the media and education system and creation of a program to empower youth to participate in the political process. Sarah represents Egypt as an official in a variety of lectures and summits focusing on climate, housing, and national security. She is also co-chair of the Corporate Impact and Sustainability Committee at the American Chamber, a member of the Advisory Boards for the American University in Cairo (AUC) Architecture School and the AUC School of Business, and is on the Board of the Sustainability Committee of the Egyptian Stock Exchange.

Belabbes Benkredda is an award-winning social innovator and the founder of the Munathara Initiative, the Arab world’s largest online and television debate forum highlighting voices of youth, women, and marginalized communities. Today, Munathara operates in 11 Arab countries and counts a community of some 240,000 members on its online debate platform. Its monthly prime time TV debates are the only civil society-run, independent political talk programs on Arabic television, syndicated across several channels. Belabbes previously held roles in the German Foreign Office, the League of Arab States, and the Council for Arab-British Understanding. After moving to Dubai in 2005, Belabbes became a government consultant specializing in public diplomacy in the Arab world, a frequent television commentator, and an op-ed columnist for the region’s leading English daily newspaper. In 2013, he was recognized with the NDI Democracy Award for his work in fostering citizen participation in the Arab public sphere. In 2019 in Tunisia, he initiated and oversaw the Arab world’s first-ever televised presidential debates. Belabbes was nominated a World Fellow by Yale University, where he currently holds an appointment as Gruber Fellow in Global Justice at Yale Law School.

Omar Christidis is an entrepreneur and ecosystem builder, who saw the transformative impact of technology and innovation at a very nascent stage, and drove forward a vision to help build the digital industry in the Middle East and North Africa (MENA) region. Omar has built deep expertise on digital disruption across sectors and currently holds multiple positions. He is the Founder and CEO of ArabNet,  which produces leading events, insights and innovation programs focused on the technology and innovation industry in the MENA region. 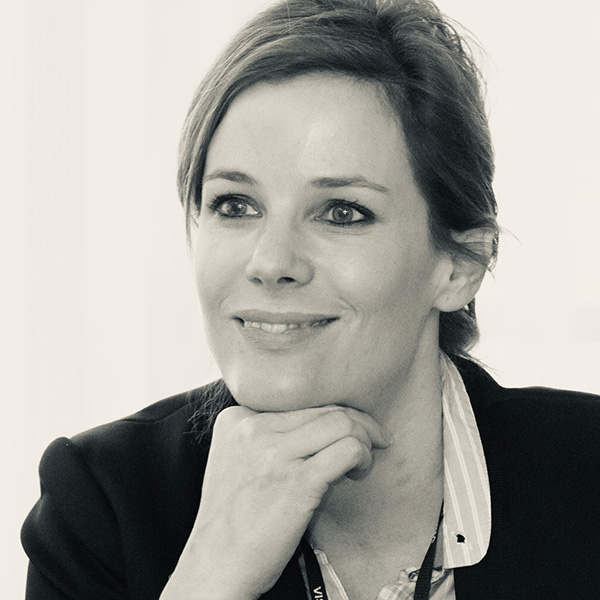 Florence Gaub is the Deputy Director of the EU Institute of Security Studies (EUISS). Her research career has taken her from conflict and war in the Middle East and North Africa to institutional change and geopolitical shifts. In her work, she focuses on long-term trends, challenges and opportunities, and how to future-proof societies for them. She is a member of the World Economic Forum's Global Future Council on Frontier risks, the host of the EUISS “What If?” podcast, and the author of multiple foresight reports, including the EU's “Global Trends to 2030,” “Arab Futures,” and “Conflicts to Come.” Previously employed at NATO Defence College, she holds a PhD from Humboldt University of Berlin, as well as degrees from Sciences Po Paris, the Sorbonne and the University of Munich. 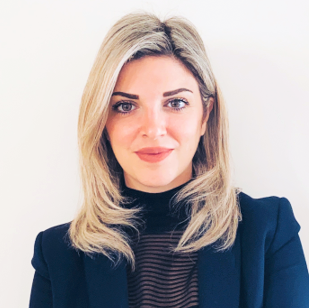 Zeina El Kaissi is the Regional Head of Public Policy for the Middle East and North Africa at Amazon. She works closely with Governments on trade and economic policies that enable business growth. Her scope spans Amazon’s consumer business including marketplaces, devices, media, and Amazon Payment Services. Prior to joining Amazon, Zeina was the Chief Digital Director for the Government of Dubai at the Smart Dubai Office, where she led the implementation of the award-winning Dubai Paperless Strategy (winner of SXSW’s Innovation Award in Austin), announced by the Crown Prince of Dubai, aimed at digitizing all public sector services. She was also responsible for leading Dubai’s one-stop government services app Dubai Now, yielding over $400M in annual revenue. Zeina also led the Dubai Blockchain Strategy in 2017 (winner of the Smart Cities Expo Award in Barcelona, covered by CNN, Time, New York Times), announced by the Crown Prince of Dubai. Zeina has also held roles at The Executive Office of His Highness Sheikh Mohammed Bin Rashid Al Maktoum, Prime Minister of the UAE; at Booz & Company; and within the General Secretariat of the Executive Council of Abu Dhabi, where she led government-wide strategic planning of over 50 public agencies. Zeina is a board member in the US-UAE Business Council and a member of the Forbes Tech Council. She received the Enterprise IT World – Superhero CIO Award in 2020. She is also a public speaker at international forums including the World Bank, Harvard University, and Forbes. She has authored publications including ones issued by U.N. and WEF on technology and data. She holds an MBA with distinction from London Business School and a BA with distinction in Corporate Finance from the American University of Beirut. 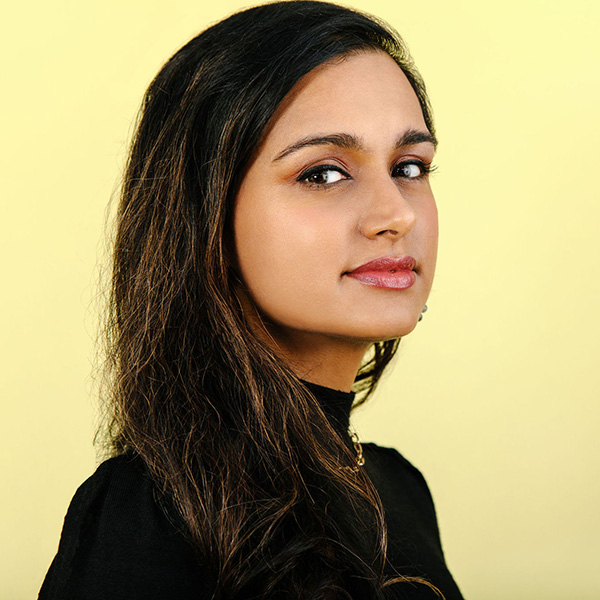 Samira Khan is currently a Director at Microsoft, working on Citizenship Market Development, AI and Sustainability within the Chief Digital Office. Previously, she was working at the intersection of social innovation / impact + tech at Salesforce.org. Samira has worked across corporations, governments, start-ups / social enterprises, and the social sector for over fifteen years on innovative solutions to solving some of society’s greatest challenges. Prior to Salesforce, she was at Opportunity@Work focused on workforce transformation, financing jobs, and skilling pathways. She is a former global strategy and management consultant. Samira is also passionate about topics related to gender and youth empowerment toward the Sustainable Development Goals (SDGs), especially through the lens of entrepreneurship. 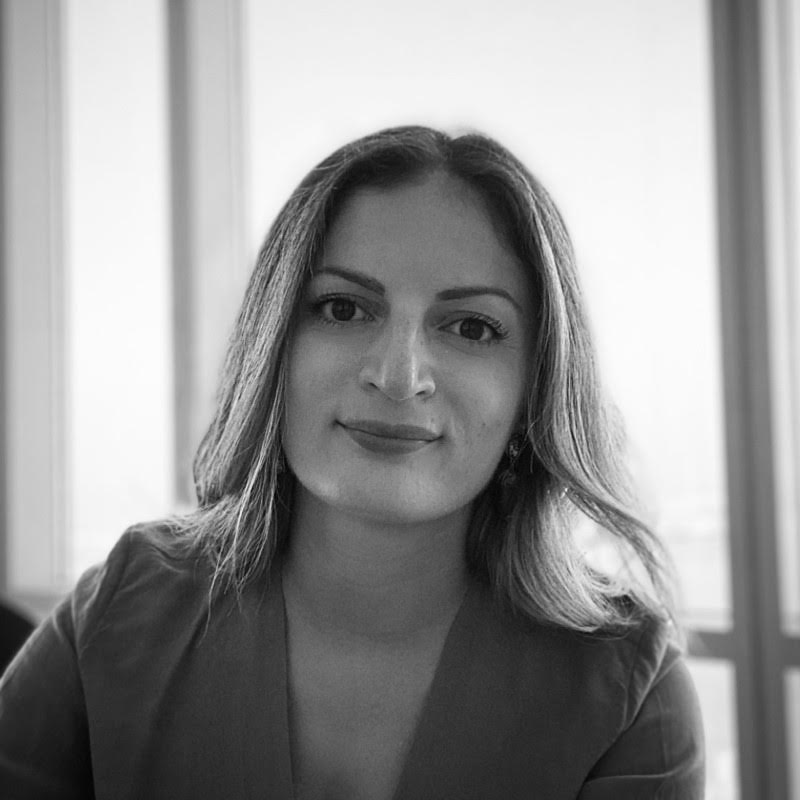 Tina Latif is a Senior Advisor to the Special Envoy for Climate Change of the United Arab Emirates (UAE). She was one of the lead negotiators for the Paris Climate Agreement and most recently was part of the delegation of the UAE to the United Nations Climate Change Conference COP26 in Glasgow, Scotland. Her overarching career goal is positioning climate action as an economic opportunity, especially in parts of the world that historically, or politically, have not seen it as such. Tina’s work focuses on shifting the narrative on climate change – transforming it from an ideological and altruistic issue, to one that delivers jobs, economic growth, and business opportunities. Tina is originally from Melbourne, Australia, and began her career as a banking and finance lawyer at a leading Australian firm. She recently completed her Master of Public Administration at Harvard, graduating from the John F. Kennedy School of Government with a focus on enabling government executives towards innovation. 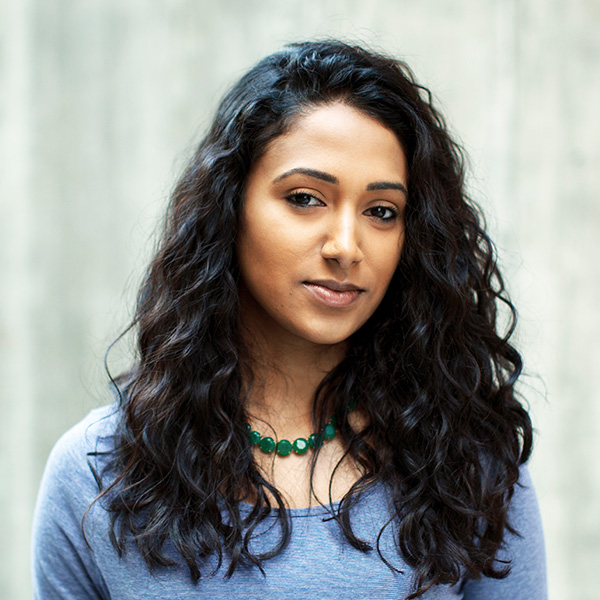 Radha Mistry has a background in architecture, narrative environments, and strategic foresight and currently leads the Foresight practice at Autodesk Inc., exploring the impact of emerging technologies and how it will change the way we design and make things in the future. She also teaches as part-time faculty on the Transdisciplinary Design MFA at The New School (Parsons). Prior to Autodesk, Radha focused on the Future of Work with the Steelcase Applied Research group. Her work sought out ways organizations could drive Innovation through design. Previous to Steelcase, Radha was part of the Arup Foresight + Innovation team in London and San Francisco, crafting speculative futures for global clients; she has also exhibited during the Lisbon Architecture Triennale and worked on design-led community engagement initiatives in cities across Europe. 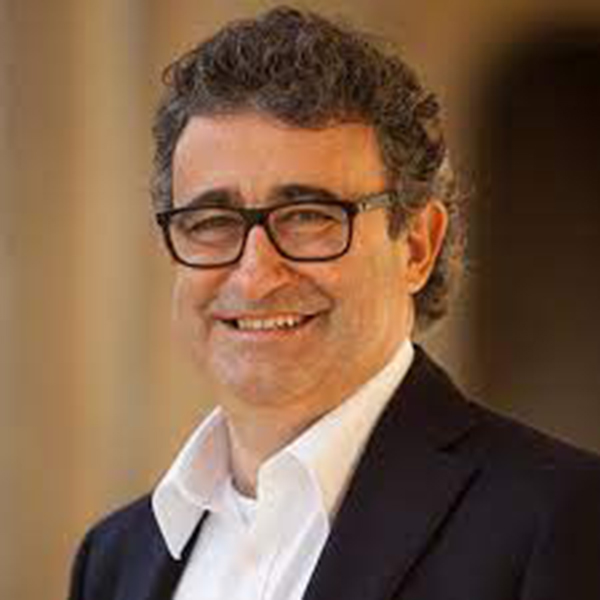 Luigi Narbone is Director and co-founder of the Middle East Directions Programme at the European University Institute (EUI) Robert Schuman Centre for Advanced Studies. Previously, he was Ambassador, Head of the EU Delegation to Saudi Arabia, and non-resident Ambassador to Qatar, Oman, Bahrain, the United Arab Emirates, and Kuwait, and has held several positions in foreign affairs in the EU and the UN. His main research interests are MENA geopolitics, security and political economy, Gulf studies and peace-building. 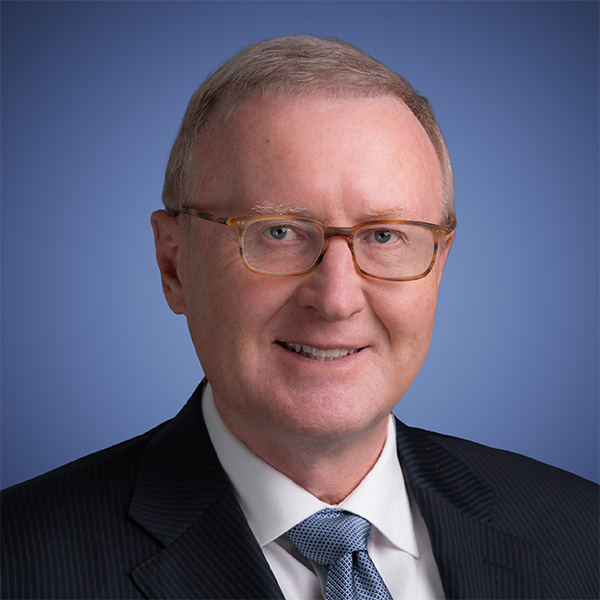 Frank Pandolfe is President, International Operations for Acuity International. In that role, he leads over 7,000 men and women operating in 30 nations around the globe, providing engineering, logistics, and health care services to government and private-sector clients. In addition to his Acuity duties, Frank is President of the Naval Historical Foundation in Washington, DC, and an Adjunct Professor at the Naval War College in Newport, Rhode Island. He serves on the Board of Directors of Michael Baker International, an engineering company in Pittsburgh, PA, and the Army Distaff Foundation at Knollwood in Washington, DC, which provides support to military veterans and their families. 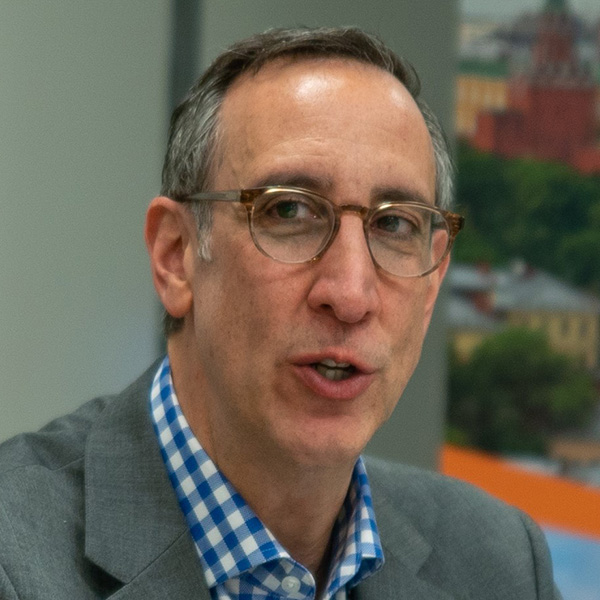 The Honorable Robert M. Scher is the Head of International Affairs for bp America. In this position Bob tracks and analyzes US foreign policy as it affects bp’s businesses around the world. Bob has close to 25 years of experience in senior global affairs and national security roles in the US Government, most recently serving as the Assistant Secretary of Defense for Strategy, Plans, and Capabilities in the Pentagon from 2014 to 2017. In that role, he directly advised the US Secretary of Defense on a wide range of global defense, security, strategy, and budgeting matters. Prior to becoming Assistant Secretary, Bob held a series of progressively more senior roles at the Departments of Defense and State focused on defense strategy and Asian foreign policy, including as the Deputy Assistant Secretary of Defense (DASD) for South and Southeast Asia, DASD for Plans, and as a member of the Policy Planning Office at State. He also served in the private sector as a consultant with Booz Allen Hamilton on defense and foreign affairs issues. Bob received his bachelor’s degree with high honors from Swarthmore College, and a Master’s of International Affairs from Columbia University’s School of International and Public Affairs. 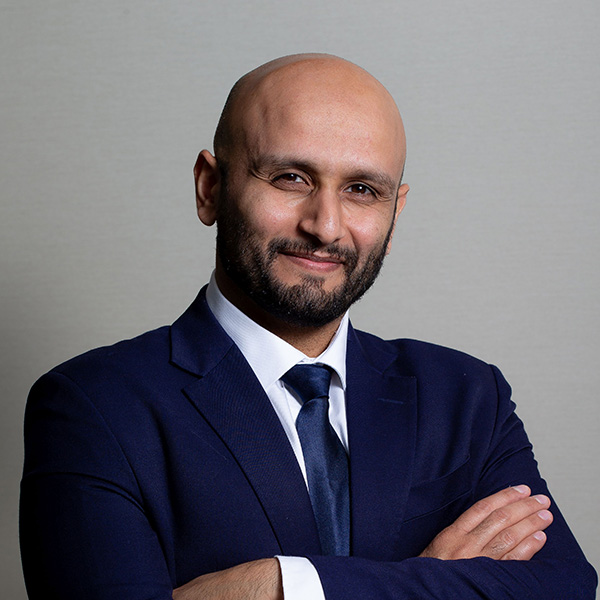 Omar Al-Ubaydli is the Director of Research at Derasat, Bahrain. He is also an affiliated associate professor of economics at George Mason University; an affiliated senior research fellow at the Mercatus Center; a non-resident fellow at the Arab Gulf States Institute in Washington; and a non-resident fellow at Trends, UAE. Al-Ubaydli is also the president of the Bahrain Economists Society. His research interests include political economy, experimental economics, and the economics of the GCC countries. Al-Ubaydli previously served as a member of the Commonwealth of Virginia's Joint Advisory Board of Economists and a Visiting Professor of Economics at the University of Chicago. He regularly publishes his research in international peer-reviewed academic journals, and his mainstream media articles appear in Arabic and English-language newspapers and blogs such as AlHayat, The National, Forbes Opinion, and US News. Al-Ubaydli earned his BA in economics from the University of Cambridge, and his MA and PhD in economics from the University of Chicago.