After the Spring, Arab Art Blossoms 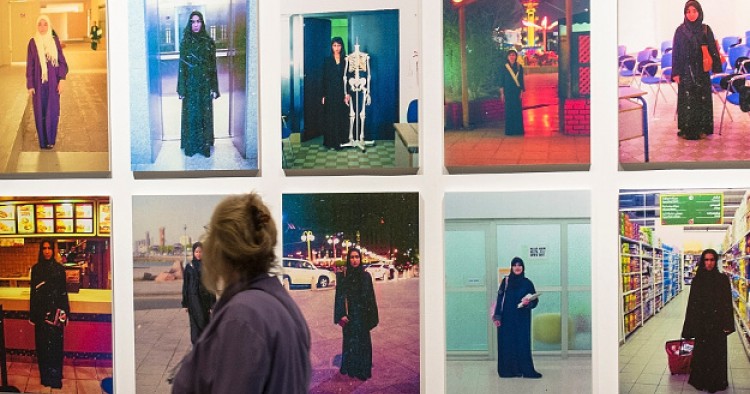 In a historic first, three Arab films—all dealing with the political and social challenges faced by Arab youth—were nominated for Academy Awards this past March for best foreign language film (Omar, Palestine), best documentary feature (The Square, Egypt), and best documentary short (Karama Has No Walls, Yemen). Though none took home the Oscar, their recognition by Hollywood is a tribute to the high quality of Middle East filmmaking and, by extension, the importance and value of supporting and empowering Arab artists and their work.

Since the Arab uprisings in 2011, artistic expression has exploded in the Arab world.  Freed from the fear and self-censorship that inhibited their older peers, Arab youth are turning to graffiti art, theater, poetry, rap, film, and multimedia to amplify their frustrations and shine a lens on the challenges faced by their societies.

Often liberal, these young men and women are the voices of a generation that seeks an Arab world that is more free, just, and equitable than that of their parents. With their embrace of personal freedom and greater tolerance of others, Arab artists are potential change agents whose work can shape social values and contribute toward more democratic, open societies.  They are also a potential bulwark against religious extremism, offering through music, dance, and art an alternative vision to that offered by militants, whose track record of appealing to bored, unemployed Arab youth is only too familiar.

But art isn’t just important because of its social impact; it can also create jobs. At a UN General Assembly meeting last summer, Secretary General Ban Ki-moon and government ministers from around the world called for culture to be given top priority in the post-2015 global development agenda. Largely forgotten in the UN Millennium Development Goals in 2000, culture is increasingly recognized as an engine not just for social inclusion and equality but also for economic growth and sustainable development. In Nigeria alone, the film industry is responsible for one million jobs, making it the country’s second largest employer after agriculture.

At a recent gathering of funders of the Arab arts in Tunis, representatives of the European Union, the British Council, the Prince Claus Fund of the Netherlands, and private American foundations like the Open Society Foundation and the Doris Duke Charitable Foundation grappled with the question of how to better support the new generation of Arab artists.

Cognizant of the enormous benefit to the region the arts can bring, as well as of the acute need to create more jobs for unemployed Arab youth, the donors homed in on the need to diversify funding to bolster arts and cultural production. Participants discussed ways to better raise money through the marketplace as well as use crowd funding in a region where online payment is limited. They also noted that the Arab arts scene is largely funded by international, mainly Western donors like themselves, and urged creative thinking about how to better engage the private and public sector in the Arab world.

Historically, most Arab governments have done little to support artists, viewing the arts as inconsequential and trivial. There are few decent arts schools in the Middle East and very little arts infrastructure. However, in recent years there have been some positive developments. With support from universities, non-profit organizations, and European governments, arts-related programs have been growing. In Jordan, the Royal Film Commission has joined with the University of Southern California to launch a film school, which has helped to cultivate Jordanian filmmakers. The British Council collaborates with the Royal Court Theater in London to develop Arab theater talent. And in the Gulf, leaders have been sponsoring film festivals and providing funds that offer prize money as well as exposure for emerging Arab directors.

Still, so much more could be done to maximize the enormous opportunities at hand to expand the region’s artistic potential. Arab governments would be wise to engage with their artists to develop cultural policies that commit to respecting freedom of artistic expression and to allocate public funds for the arts, such as music and film festivals, which not only help expose artists but often draw tourist revenue.

The private sector—both Arab and international—can play a bigger role in investing in the arts. Multinational corporations, like the many American oil companies that operate in the Middle East, should consider funding art mentorships geared toward Middle Eastern artists similar to the Rolex Mentor and Protégé Arts Initiative, a philanthropic program that connects established international artists with rising talent across the globe.

For individual philanthropists, one model to follow is Saudi businessman Mohammed Abdul Latif Jameel, who has been funding an arts and culture initiative dedicated to fostering creative enterprises in the region. With backing from Jameel, “Edge of Arabia,” a collective of men and women Saudi artists, is traveling to the United States this spring and summer to engage in arts exchange programs and connect with American audiences.  Their visit follows successful exhibits of their work in Venice, Berlin, and London.

Finally, the U.S. State Department, which is largely absent from the arena of arts promotion, should work to help facilitate links between Arab artists and America’s many arts institutes. Arab artists are in need of training in areas like arts management, fundraising, marketing, copyright law, and other business practices that can help them build sustainable financial models in publishing, film, visual arts, and music.

It would also behoove the U.S. government to redirect the funds it spends promoting American culture in the Middle East, where it is already familiar to Arab audiences through television and cinema, and instead bring Arab artists to Washington. As U.S. priorities shift in the Arab world, there is a greater need than ever for policy makers to engage with new communities and to recognize the significant role that Arab artists can play in helping to build more tolerant, pluralistic societies. As they grapple to better understand the trends and dynamics roiling the region, these policy makers would be well-served to absorb the message that so many young Arab artists—including those nominated at the Academy Awards—are conveying these days: Arab artists have a growing voice, and it is a voice for change.

Mohammed bin Salman and the campaign to counter extremism