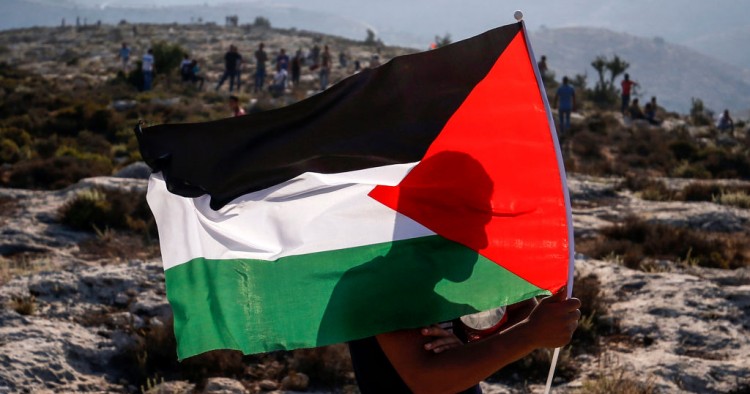 Autonomy is normally given to a specific cultural or national group as part of a political agreement. For Palestinians, the idea that autonomy is the goal of talks is unhelpful because they already have autonomy.

The inside cover of passports issued by the Palestinian Authority since 1995 contains the following phrase: “This passport/travel document is issued pursuant to the Palestinian self-government agreement according to the Oslo Agreement signed in Washington on 13 September 1993.”

The self-governing body is the exact same title that the 1978 framers of the U.S.-Israel-Egyptian agreement wanted to support Palestinians through their unsuccessful framework plan. The treaty signed by U.S. President Jimmy Carter, Egypt’s Anwar Sadat, and Israel’s Menachem Begin included the “framework for peace in the Middle East.” This framework agreement envisioned elections for a self-governing authority within one year and a five-year transitional period. The idea was that after the transitional period, Palestinians would be able to practice political rights as independent citizens.

The Declaration of Principles that resulted from those talks became an international agreement when signed on the White House Lawn in 1993 and sealed with the famous handshake between Yitzhak Rabin and Yasser Arafat. In what has become known as the Oslo Accords, Israel agreed to “a Palestinian Interim Self-Government Authority, the elected Council (the ‘Council’), for the Palestinian people in the West Bank and the Gaza Strip, for a transitional period not exceeding five years, leading to a permanent settlement based on Security Council Resolutions 242 and 338.”

The transitional period has long since passed. Israeli troops have largely vacated the major cities in the West Bank, which were handed over to the Palestinian interim authority. In Gaza Israel unilaterally repositioned its army outside the strip and vacated the illegal settlements built there. Since then there has been no success reaching a permanent status agreement for the entire occupied Palestinian territories.

But for some reason, some U.S. officials want to bring us back to the days before Israel and the Palestine Liberation Organization (PLO) recognized each other and set out on a mission for peace. U.S. Ambassador to Israel David Friedman ignored the past 25 years in his most recent interview with CNN’s Christiane Amanpour. Friedman rejects that the U.S. vision will include a Palestinian state within what is internationally accepted as the two-state solution. Instead, Friedman, who was previously President Donald Trump’s bankruptcy lawyer and has little diplomatic experience, tried to pull out one of Begin’s 1977 positions for Palestinians — namely autonomy — saying that the U.S. vision supports “Palestinian autonomy,” but did not use the phrase “two-state solution.”

But while autonomy within the rule of an occupying power could be tolerated for an interim period, it can’t replace a permanent agreement in which the population is able to exercise its inalienable right of self-determination.

Populations with a distinct national identity, like the Kurds of Iraq, can have autonomy within a federal state. Iraqi Kurds are full citizens of Iraq and vote for its parliament, and in addition they can have a local self-governing authority that ensures their cultural and societal needs, but they continue to have Iraqi political rights.

The problem that Ambassador Friedman and many of his colleagues have is that they are trying to find a solution for the Palestinian conflict within the state of Israel and not with the state of Israel. Palestinians are not an internal Israeli problem. They could, however, be an internal Israeli problem if they are given full and equal rights within the Israeli state. But in such a case, Israel will certainly be a democratic state but will cease to be both democratic and Jewish, which most Jews in Israel say they want.

Palestinians who have been forced to practice autonomy under Israeli rule without any political rights for over a quarter of a century are not willing to continue this status quo forever. Permanently preventing Palestinians from exercising their political rights is the very description of what apartheid rule in the West Bank and Gaza Strip would look like. This was the concern that President Carter, who oversaw the Camp David Accords, warned about in his best-selling book Peace Not Apartheid. As Carter wrote in the book, denying Palestinians the ability choose their own future and forcing them to live under Israeli military law, while Israeli settlers in the very same area have full political rights, is tantamount to apartheid.

The future of the West Bank and Gaza Strip must be negotiated between the parties involved and not imposed by American lawyers who are publicly pro-Israel and lack experience in diplomacy or the region. Such direct talks must have a basis, such as Security Council resolutions 242 and 338, as stated in the Israel-PLO agreement.

If the accepted two-state solution is not the reference point, then there needs to be a return to the Wilsonian principle of self-determination. If given a choice, many young Palestinians say that they would choose to live in a single country on the condition that they have equal political power. If within such a structure the Palestinian area would have some kind of autonomy, that would be an added value, but it would not be an alternative to equal political rights with all other citizens regardless of religion or national background.

Daoud Kuttab is an award-winning Palestinian journalist and former Ferris Professor of Journalism at Princeton University. Follow him on twitter @daoudkuttab. The views expressed in this article are his own.