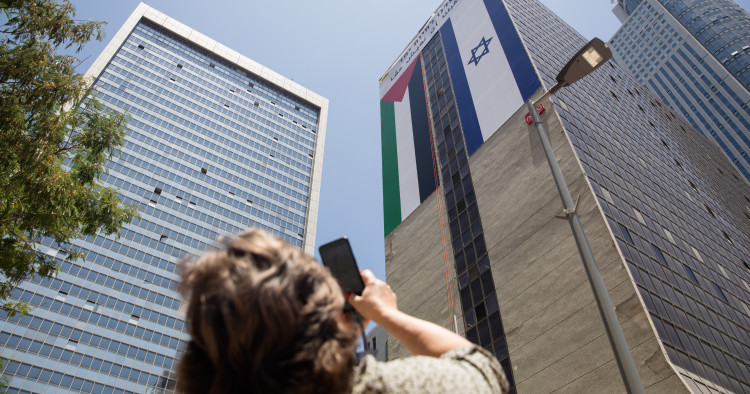 Although the Abraham Accords have been the main focus of Arab-Israeli peace-making since they were signed, the Arab Peace Initiative (API), introduced by the late Saudi King Abdullah 20 years ago, remains relevant. The Saudi leadership has made clear that it continues to adhere to the API as the mainstay of its approach to formalizing relations with Israel. And declining popular support for the Abraham Accords in the Arab world may make the API once again the better reflection of a path forward for Middle East peace.

In the aftermath of the 9/11 attacks, as pressure grew in the United States and globally to confront the rise of terrorism and violent extremism emanating from the Middle East, Saudi King Abdullah unveiled at the 2002 Arab League Summit in Beirut what was billed as a comprehensive plan to end the Israeli-Arab conflict. A scant 10 sentences long, Abdullah’s API called for:

In exchange for those measures, the member states of the Arab League would:

Thus, the initiative is, in fact, a basic formula outlining principles for negotiations and a political settlement but one that leaves maneuvering room for different meanings and practical solutions. For example, it was determined that the solution to the “Palestinian refugee problem” should be “agreed upon.” Another example is the lack of a demand for the evacuation of all Israeli settlements in the West Bank, which is intended to leave room for flexibility regarding arrangements for the blocks bordering Israel. Indeed, Saudi Foreign Minister Saud Al Faisal noted in 2007 that the member states would have “to take notice of new developments, which require additions and developments in whatever is offered.”

As only 10 of the Arab League’s member states were present at the Beirut Summit, the API was reintroduced at the 2007 Riyadh Summit and unanimously endorsed by the member states. (Syria and Lebanon objected to some aspects of the initiative but supported the document. The Hamas representative abstained.) It remains to this day the single peace plan agreed by all members of the Arab League.

The varied Israeli response versus support from the international community

Israeli political leaders have addressed the API in a variety of ways since it was first introduced. Ariel Sharon, the prime minister at the time, flatly rejected the proposal on the grounds that it would require Israel to accept a large number of Palestinian refugees and that it crossed Israeli “red lines.” Nevertheless, subsequent Israeli responses have been more ambivalent. The late Israeli President Shimon Peres welcomed the plan, and then-Prime Minister Ehud Olmert termed it a “revolutionary change,” while rejecting the elements related to refugee returns. For his part, former head of government Benjamin Netanyahu has offered a variety of opinions on the plan over the years, rejecting it in 2007, calling it as a “general idea … good” in 2015, but then rejecting it again as a basis for negotiations in 2018.

International reactions have generally been positive. Both the George W. Bush and the Barack Obama administrations broadly welcomed the initiative, although without necessarily embracing the specific elements. But the API was endorsed by the Quartet on the Middle East in 2003 and recognized it in the Roadmap. The U.N. has also expressed support for the proposal.

A competing model for the Abraham Accords?

In light of the declining appeal of the Abraham Accords, which may face an even sharper challenge should the Israeli elections on Nov. 1 usher in a hard-right government, Saudi Arabia appears interested in shaking the dust off the API as a potential alternative. For the Saudis, the advantages are clear. The embrace of the API helps to fend off pressure from the U.S. to join the Abraham Accords and normalize relations with Israel while projecting the image of pragmatic leadership that Crown Prince Mohammed bin Salman seeks. Moreover, despite their willingness to expand de facto ties to the Israeli state, they will remain reluctant to abandon their position on the primacy of Israeli-Palestinian peace, at least for as long as King Salman stays on the throne. Additionally, Riyadh will remain extremely sensitive to the potential impact of normalization both on popular attitudes within the kingdom as well as its position as the leader of the broader Islamic world.

For Israel, the balance is more complicated. The assessment of many in Israel since 2020, that the demands presented in the API as a condition for normalization are no longer valid, is turning out to be wrong. The fact that Saudi Arabia, the most important of the Arab and Islamic states, has re-emphasized its commitment to the API precisely since the Abraham Accords were signed is a case in point. For Israel, there is a value in maintaining a dialogue with pragmatic actors like the Saudis and trying to develop an agreed-upon version of the API with them. At the very least, engaging on the API will be positively received in the Arab world and may expand popular support for a more open policy toward Israel.

Two decades after its publication and two years after the signing of the Abraham Accords, the API is still relevant. Israel cannot accept the document as it is — its reliance on UNSCR 194 and rejection of naturalization in host countries for resolving the refugee question is problematic — but the Saudis have made clear that it is a basis for negotiation rather than a take-it-or-leave-it demand. Thus, the initiative has potential value for Israel, and its position toward the API deserves a renewed examination as a basis for a discussion that will provide the country with an opportunity to present its objections and demands. A renewed statement on the part of Israel, in which the API constitutes a basis for renewed negotiations, along with a willingness to strengthen the deteriorating position of the Palestinian Authority and renew the political process with it, may end up as the most promising path to a breakthrough in the impasse in the Israel-Palestine conflict.

Amb. (ret.) Gerald Feierstein is a distinguished senior fellow on U.S. diplomacy at the Middle East Institute (MEI) and director of its Arabian Peninsula Affairs Program.

Dr. Yoel Guzansky is a Senior Research Fellow at the Institute for National Security Studies (INSS) and a Non-Resident Scholar at MEI, specializing in Gulf politics and security.