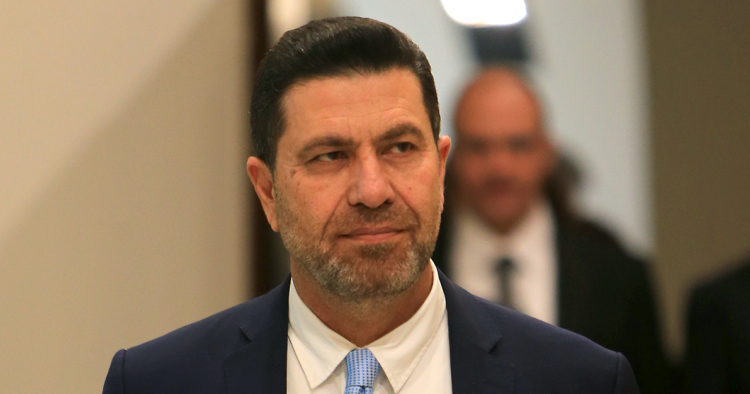 This article is part of a two-part series on Lebanon’s energy crisis. The other piece is available here.

For decades, the Lebanese blamed their confessionalist political system for rampant cronyism, nepotism, and corruption, as well as the mismanagement it created and the resulting mounting national debt. But the world’s attention finally focused on the economically challenged country as the lights started going off in Beirut. With the Lebanese lira losing more than 90% of its value and fuel becoming hard to come by, Lebanon’s power generation has at best stood at 34% of available capacity since April. Blackouts of more than 15 hours a day are now common and even private generators are struggling to secure needed fuel. And while aid is coming to ease the Lebanese energy crisis, there are greater regional dynamics at play.

The World Bank ranks the Lebanese financial meltdown “in the top 10, possibly top 3” most severe crises globally “since the mid-nineteenth century.” It also blames “deliberate inaction” by political actors for the country’s inability to steer itself out of the ongoing socio-economic catastrophe. In a land where political leaders of various ethnicities and sects are busy vying for influence, even efforts to resolve the power crisis are divisive.

On July 24, Beirut and Baghdad signed a governmental framework agreement under which Iraq pledged 1 million tons of heavy fuel oil to Lebanon over a full year. MEES values the deal at a minimum of $360 million. The agreement grants Lebanon a one-year deferment on payment while keeping the proceeds deposited at Banque du Liban (BdL). The latter’s liquid foreign currency reserves have dwindled from an average of $38 billion at end-2019 to $15 billion last June, with fuel and food subsidies costing up to $6 billion per year. Furthermore, Baghdad is to exchange these proceeds solely for Lebanese goods and services, with BdL paying beneficiaries at the “Sayrafa” platform rate (12,000LBP/$) or the parallel market rate (18,000LBP/$). Baghdad wants these payments if made with the Sayrafa rate not to be below 15% of the market rate; BdL’s official exchange rate is still pegged at 1,515LBP/$.

Practically speaking, Baghdad sees the fuel deal as a gift as Beirut is not expected to be able to pay anyway. Lebanon is also short on goods itself and while Iraq may want to procure Lebanese experts in the fields of medicine, banking, and insurance, the goods and service exchange part of the deal seems to be largely aimed at domestic Iraqi consumption. This is especially the case given that early parliamentary elections are just a month away.

Lebanese officials understand this as well and think that in the worst case, Beirut will simply default on payments and Baghdad would let it go. Lebanon already defaulted on its Eurobonds and additional debt is a lesser evil compared to continued blackouts. Iraqi fuel is expected to add 9-10 hours per day of power supply to the grid for the first four months, according to Lebanese Energy Minister Raymond Ghajar.

But this is where things get complicated. The Iraqi government is reluctant to be seen as aiding Lebanon’s pro-Iran factions, so Baghdad delayed reaching a final agreement for months after the early visits of Lebanon’s spy chief, Abbas Ibrahim, who is widely viewed as the deal’s original broker. Mr. Ibrahim is no stranger to dealing with Iraqis as he has long been rumored to be involved in efforts leading to the release of Qatari hostages in Iraq based on a successful previous deal mediated with the Qataris.

Baghdad was careful not to get caught up in a fiasco similar to the tainted fuel scandal into which Algeria’s Sonatrach was dragged. Iraq’s Finance Ministry and Iraqi state oil marketer SOMO were involved in the approval of shortlisted companies that would trade off-specification Iraqi fuel oil with that compatible with Lebanese power plants. The UAE’s ENOC was chosen to exchange high-sulfur Iraqi fuel oil with lower-sulfur fuel oil and gasoil. ENOC will profit on arbitraging the difference in prices between the products. Moreover, the Iraqis included articles to exclude sanctioned entities from any involvement.

While time will tell how successful the Iraqis were in distancing themselves from Lebanon’s opaque deal-making practices — not that they naturally fare any better — Iraqi Prime Minister Mustafa al-Kadhimi has emerged as a clear winner, scoring points with both Washington and Tehran. Strategically timed, he oversaw the signing of the deal just days before his summit with President Joe Biden on July 27, in an attempt to bolster his image as a regional mediator.

But for Tehran and its allies in Beirut, Iraq’s effort gives them little to trumpet. It carries neither their colors nor those of the U.S. and its regional allies. As a result, it is of no domestic political value. This has prompted Hezbollah to launch its own initiative to arrange for Iranian fuel to be sent to Lebanon. While the first such tanker has yet to enter the Suez Canal according to TankerTrackers, Iran’s new foreign minister, Hossein Amir-Abdollahian, was quick to promise more shipments. Fuel tankers are likely to travel to Syria and then be trucked overland to Lebanon. Iran has been shipping crude oil to Syria with Russian navy escortsprotecting the shipments against suspected Israeli attacks.

There is no quick solution to resolving Lebanon’s energy crisis, but Iran is keen on winning the public relations game. On the other side, Washington and its allies seem to be taking their time. A day before handing his resignation to President Michel Aoun, the U.S.- and Saudi-aligned now former Prime Minister Designate Saad Hariri went to Egypt in an effort to bring Egyptian gas to Lebanon. This has led to many meetings in the last couple of weeks — including with Syria, through which Arab Gas Pipeline (AGP) and power lines transit — but technically this option will take months, if not years, to materialize. And it doesn’t come without political complications either, since Israeli gas exports to Egypt and Jordan dominate flows through the AGP at the center of a future gas deal. For now, Iran is well ahead in the race.

Yesar Al-Maleki is an energy economist and consultant with an extensive knowledge of the intertwining subjects of energy, geopolitics, and economics in the region. He is also a non-resident scholar at MEI. The views expressed in this piece are his own.