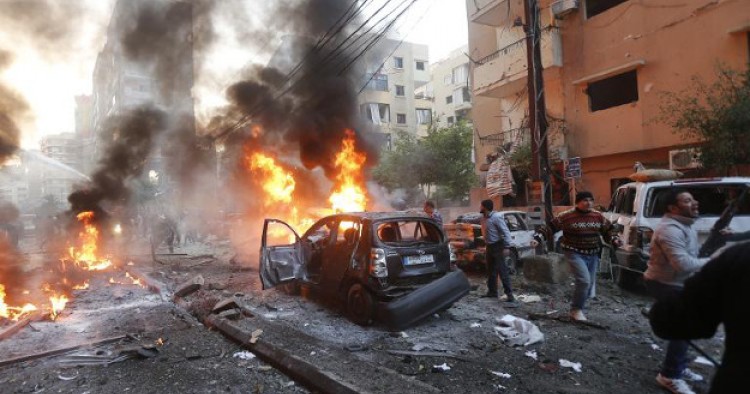 On January 2, only days after a car bomb in Beirut took the life of former Finance Minister Mohamad Chatah and several bystanders on December 27, another bomb struck the capital's southern suburbs.  With initial reports of four dead and 40 wounded, this latest, and possibly retaliatory, attack fits into an ominous pattern as Syria's conflict spills into Lebanon.

Chatah was a member of the March 14 movement led by Sunni leader Saad Hariri, which opposes Hezbollah and the Assad regime in Syria; today’s bombing targeted civilians in the mainly Shi`i southern suburbs—a Hezbollah stronghold. These latest bombs follow a twin bombing on the Iranian embassy in Beirut in November and three other bombings, one on the Shi`i suburbs and two in the Sunni city of Tripoli, in August.

Tensions have grown in Lebanon since Hezbollah publicly entered the war in Syria in May 2013 on the side of the Assad regime. Rebel groups in Syria—both mainstream and radical—vowed that they would hit back at Hezbollah in Lebanon.  Opinion among the party’s backers in Lebanon has grown increasingly worried about Hezbollah’s decision to enter into the Syrian conflict. Previously, the party had focused on liberating and protecting south Lebanon from Israel—a clear mission enjoying broad consensus, and one that succeeded in liberating the south in 2000. The party’s Syrian engagement puts the small Lebanese Shi`i community in open conflict not only with the Sunni majority in Syria, but with the broader Arab and non-Arab Sunni majority in the Muslim world.  Hezbollah has already lost possibly as many as 1,000 fighters in the war in Syria, and it is proving unable to protect its civilian population from terrorist attacks.

The attack on Chatah in late December was interpreted by many as a warning to the March 14 movement, as well as to Prime Minister designate Tammam Salam and President Michel Suleiman, against proceeding with plans to form a ‘neutral’ or technocratic government; Hezbollah was insisting on a political government in which it could guarantee a blocking minority. But talk of such a government has continued despite the assassination. The attack on Chatah was also followed by a historic announcement that Saudi Arabia was providing $3 billion in aid to the Lebanese army. The gift was the largest single grant ever to the Lebanese army and is clearly part of Saudi Arabia’s more robust engagement, backing friends and influencing developments beyond the GCC in Egypt, Syria, and Lebanon.

The main players in Lebanon, as well as their backers, want to avoid civil war in Lebanon—and civil war remains unlikely—but the tensions of the massive proxy conflict occurring in and around Syria are becoming harder to contain.  For Lebanon, these tensions have already paralyzed the political system, preventing parliamentary elections that were due last spring, and the formation of a new government.  They also threaten to leave the country without a president when the current president’s term expires this May.  Regionally, Iran and Saudi Arabia are the two main powers slugging it out across the Levant; and, as the African saying goes, “When the elephants fight, the grass gets trampled.”  Until these two powers—that lead rival branches of Islam—find a way to pull back from full scale proxy war and work toward building a more stable region, mixed communities in the Levant and further afield will know no peace.