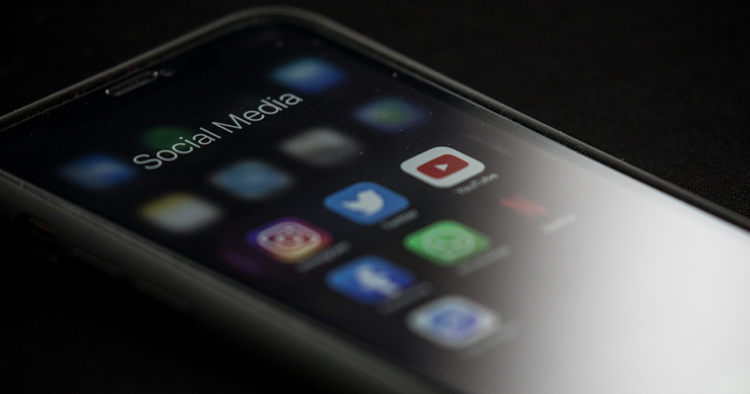 In an unexpected and disappointing turn of events, Turkey’s ruling Justice and Development Party (AKP) and its parliamentary ally, the Nationalist Action Party (MHP), rushed through a stifling social media amendment to Turkey’s Internet Act. A similar amendment was proposed, and then scrapped, earlier this year, with the July 29 decision following overwhelming criticism of the proposed law by human rights and free speech advocates. The promulgation of the social media amendment marks the streamlining of Ankara’s increasingly powerful and consolidated censorship model, and has critical implications for the future of free speech and political participation in Turkey and beyond.

What the law requires

The law would require the most popular foreign social media sites, which count 54 million Turkish users, to appoint Turkey-based representatives to address authorities’ concerns over content and includes deadlines for its removal. Platforms with more than one million users, including Facebook, Twitter, and other companies popular for social networking and news consumption in the country, could face fines, blocked advertisements, or drastically reduced bandwidth that would effectively block users’ access. Article six of the legislation, termed the content removal clause, requires social media companies to rapidly respond to requests for the erasure of digital content, and sites that fail to comply within 48 hours risk stiff fines. Previously, Turkish authorities have exercised censorship by lodging complaints with pliant courts to restrict access to unfavorable digital content via local network providers, and these takedown requests have only increased as social media networks have grown in use and impact; Ankara froze access to 130,000 websites, 7,000 Twitter accounts, and 10,000 YouTube videos in 2019 alone, according to a recent report by the Freedom of Expression Association. Crucially, 67 percent of Turks report using social media as a primary news source, a figure far higher than the global average.[1] The centrality of social media in Turkish news and information consumption, social networking, and popular dissent means that any threat to expression via these channels has far greater and more far-reaching implications for Turkey than media markets of equivalent size. In other words, an increasingly repressive Turkish public square online will almost certainly get a lot smaller.

As a faster, more consolidated, and punitive alternative, the new regulation places the burden of censoring content on social media firms themselves. While platforms may reject effacement requests, the amendment stipulates an explanation as to the grounds for denial. But stringent compliance parameters — namely the narrow response window — preclude such a detailed response, rendering this redress mechanism null-by-design. And the requirement for platforms to appoint Turkish nationals as government representatives controlling platforms’ content seems designed to encourage government-led censorship of speech or content that it deems threatening or unsavory.

Initially, the draft bill featured a clause requiring social media platforms to store user data locally. The provision sparked a flurry of concerns. Turkey lacks the infrastructure necessary to store — and properly safeguard — vast troves of user data. Critics also worry that locally stored data would be easy pickings for law enforcement inspection and surveillance, jeopardizing potential space for dissent and free speech. While the final version of the legislation omitted such a clause, Gurkan Ozturan, the executive director of dokuz8news, suspects a data localization amendment may be on the horizon.

The law also threatens to limit the margin of maneuver of Turkey’s embattled civil society. With vast swathes of the mainstream media controlled by government affiliates, civil society relies on social media platforms to circulate information, mobilize support, and secure accountability. Describing social media as a critical tool for attaining justice, Deniz Yuksel, Turkey advocacy specialist at Amnesty International USA, points to the harrowing example of the case of Sule Cet, a 23-year-old student murdered in May 2018. Yuksel noted: “Social media campaigns have a decisive role in securing justice for many marginalized communities in Turkey. Hundreds of thousands of posts with the hashtag #SuleCetIcinAdalet (Justice for Sule Cet) circulated on social media for over a year after two men raped and murdered Sule Cet. In December 2019, public pressure compelled authorities to convict the perpetrators.” Observers fear the new regulations will hamstring civil society’s use of social media and close off alternative avenues to redress. These concerns are shared by Yuksel, who emphasizes that, “Increasing government oversight over social media also means that calls for justice can easily be censored, denying victims the only opportunity to publicize wrongdoings and seek due process.” In short, the amendment is aimed directly at the potential for social media companies like Twitter and Facebook to serve as channels for citizens to seek government accountability and transparency, and may do much to threaten the future of independent movements for a more democratic Turkey.

Ozturan, who also serves as the secretary-general of the Turkish Media Research Association, characterizes the content removal clause as a brazen assault on Turkey’s “digital memory.” Concerns abound that the Turkish government may exploit the clause to scrub traces of unsavory episodes sustained throughout the AKP’s tenure — corruption scandals, police abuses, and botched disaster relief efforts. An effort to burnish the ruling party’s battered credentials by pruning compromising digital content may result in vast information vacuums, ushering in a sanitized or entirely separate Turkish internet. In an era when the documentation of government and human rights abuses is most readily and easily documented, preserved, and discussed online, the erasure of a country’s digital political history in some ways amounts to the slow erasure of a space for civil society.

How will platforms respond?

Critically, the major platforms likely to be impacted by this policy change have yet to comment on this potential intervention with their business model, with companies like Facebook, Twitter, and Instagram remaining silent at the time of this writing. This strategy seems to follow that of many influential technology companies, which allows for a balancing act between expanding platforms’ reach in an increasingly saturated marketplace and growing calls to tailor their products to the particular regional and political context of users. This comes in the wake of a global reckoning with major tech platforms’ growing political power, as well as increased scrutiny of the ways in which this power has been amplified by a new reliance on online communication and work in the wake of the COVID-19 pandemic. Although major platforms like Facebook and Twitter have attempted to do more to provide more open information about their interaction with governments, including some transparency reporting and the hiring of more staff with geopolitical and human rights expertise, Turkey’s move could be an indication of how the major platforms may handle increasingly dire questions of exploitation of their tools by non-democratic governments.

Turkey’s push to neuter social media mirrors a creeping tendency toward censorship that is  gaining traction across the region. Last month, an Egyptian court jailed two female TikTok personalities on charges of violating public morals. Amid a catastrophic financial crisis, Lebanese security services are routinely summoning, and berating, citizens for unfavorable online commentary, while Palestinian authorities are abusing pandemic-induced emergency legislation to trample digital rights. These episodes signal the growing tenacity of governments to patrol, and rein in, previously out of reach digital frontiers. This resolve presages further assaults on social media, which may erode its utility as a channel for critical exchange and news circulation. In the same week that representatives from Google, Facebook, Apple, and Amazon were summoned for testimony by a Congress increasingly concerned with the overreach and political power of these companies, Turkey’s decision should serve as a clear warning about the potential further erosion of big tech’s willingness to stand its ground on issues of free and open speech. In a Middle East with an increasingly squeezed civil society and shrinking space for political free speech, Turkey may have just shown us a vision of the social media of the future  — and we should watch what happens next with great care.

Sevan Araz is a Graduate Fellow with the Cyber Program at MEI and an analyst at Catalisto, a New York-based cybersecurity firm. Mr. Araz also conducts research with the Center for Strategic and International Studies.

Eliza Campbell is the Co-Director of MEI's Cyber Program, and a researcher in technology and human rights at the Center for Contemporary Arab Studies at Georgetown University. The views expressed in this piece are their own.

[1] These numbers, which were last taken in 2015, have certainly only risen in the past five years, but unreliable and unavailable data makes more recent analysis difficult.