The coming US and Middle East energy collision 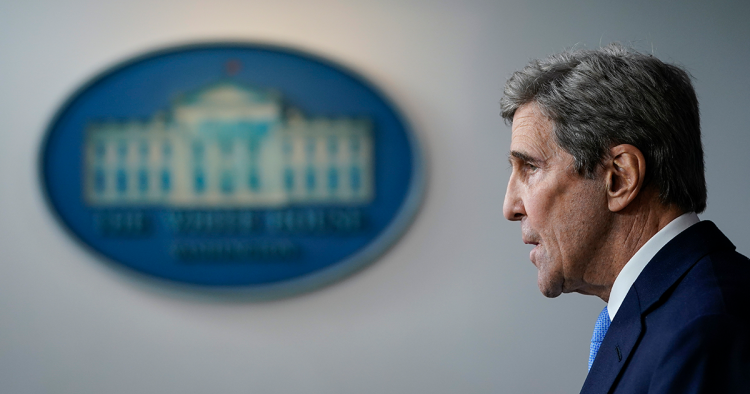 The Biden administration's goals in climate policy, renewable energy infrastructure investment both domestically and globally (the Build Back Better World, or B3W, initiative), and its Middle East policy may be on the verge of a collision. While the administration would like to dial back its engagement in the Middle East at least militarily, the region will be essential to meeting U.S. foreign and domestic energy goals.

In the immediate term, oil prices are accelerating as the global economic recovery from the COVID-19 pandemic increases demand for travel, electricity, and industrial production. The United States would like to see stable oil markets, and Saudi Arabia's leadership of OPEC+ to boost production this summer and fall will be essential to avoiding triple-digit oil prices per barrel. The U.S.-Saudi bilateral relationship has many tension points, but the rivalry on oil production is one in which the Saudis have the upper hand. They have shown a long-term willingness since 2015 to exert political influence over other oil producers to diminish the capacity of U.S. shale production.

The Biden administration is also no champion of U.S. shale, and efforts to ban drilling on federal lands are coupled with an investment environment that has been lukewarm to new capital expenditure in the oil and gas sector, both in the U.S. and globally. The result could be a short-term tight oil market in which swing producers like Saudi Arabia gain considerable leverage. Disputes within the OPEC+ arrangement from those states eager to increase their individual production share will also weigh on the administration's ability to rely on its Gulf allies when in need. Discord between the UAE and Saudi Arabia would hamper a number of U.S. security and economic objectives within the region, not the least the ability of the Gulf Arab states to provide support for weaker economies in the pandemic recovery.

The need for cooperation on oil markets in the U.S.-Saudi bilateral relationship comes after a year of increasingly public airing of grievances on weapons sales, the military training of state assassins, and human rights at large. The bigger course collision though is U.S. foreign policy and climate policy goals in the Middle East. While Americans worry about gas prices, the Middle East will see inflationary pressure from rising hydrocarbon prices, along with rising prices in all kinds of commodities, including food. Many of the structural economic pressures that precipitated the Arab uprisings of 2011, including food price inflation and a lack of government fiscal capacity to extend subsidies or poverty relief, much less job creation, are roaring back in the wake of the COVID-19 pandemic.

The United States will inevitably find that the stability it wants for the Middle East will not occur with a hands-off policy toward the region. Moreover, to achieve its goals on reducing carbon emissions, developing countries around the world, but especially those in the Middle East, will need two things: a political reason to adopt reduced emissions policies and money to pay for new greener electricity generation, the most efficient mechanism to reduce carbon emissions.

How Middle Eastern states access the finance to green their economies and their energy production is both a development priority, but also a link to how the U.S. understands and acts upon great power competition in the region. The U.S. can partner with those petrostates with the capacity to be dominant energy producers and sources of green infrastructure investment, or it can leave the space for China to fill.

How the richer Gulf states, especially Saudi Arabia and the UAE, transform to be providers of renewable energy investment and production in the region will determine the development and climate goal outcomes of the Middle East at large. And the United States can be part of that process in facilitating access to green infrastructure finance through its own development finance institutions, along with international development banks and concessional finance that encourages better fiscal governance.

There is increasing inequity between states in the region, and not just between the oil "haves and have nots." Even among oil producers, the Middle East is beginning to disaggregate in state capacity over energy. For those states that have the resources to transform their national oil companies (NOCs) into energy companies, with refining, petrochemical, and renewable production capacity, their ability to continue to generate revenue for their governments is strong. There will be multiple energy transitions in the Middle East, and this short-term hike in oil prices could provide a boost to future cleaner energy planning for some, and entrench patterns of poor government delivery of services and fiscal mismanagement for others.

In the long term, there are two divergent trends: First, there is declining global oil intensity needed for economic growth, an argument neatly detailed in a new paper by Christof Ruhl and Tit Erker for the Harvard Kennedy School. In 1970, on average across the world, we needed a barrel of oil for every $1,000 of GDP growth. In 2015, we needed less than half a barrel to produce the same amount of GDP growth. Because of greater energy efficiency and the rise of other energy sources, we are using and demanding less oil. Climate change policy goals accelerate this trend from government mandates. The U.S. is also less dependent on Middle East oil and this is changing the domestic political commitment to the region, creating a growing disconnect within the U.S. on why the Middle East matters.

Second, there are also equity and timing issues in the energy transition, which will intensify across emerging markets, but especially in the Middle East as a region of traditional energy producers. Developing countries will need more oil as they continue to try to grow, and they will use more petrochemical products. Those who are oil and gas producers will benefit from a short-term gap in which hydrocarbon demand continues to rise, as investment in the sector is falling. Their NOCs will have an opportunity for consolidation and expansion into new geographies and products. This will be true for some NOCs, but not all. In fact, for those in Libya, Iran, and Iraq, they are more likely to fail. They will be unable to transition to becoming full-scale energy producers and leaders in renewable energy for their local customers because they will not have access to capital. And, for various reasons, their limited choice in investment partners may direct them to authoritarian capital. For example, Iran's energy sector is unlikely to see strong interest from foreign investors, even if some oil sanctions are lifted in a renewed nuclear deal. Iran will have China. The leaders in the field, especially the UAE and Saudi Arabia, will also become more competitive with one another.

The equity gap in energy investment is stark. Globally, oil drilling activity and investment (capital expenditure) has fallen sharply in the last year, from about $400 billion in 2020 to half that in 2021. In the Middle East, planned or committed investment in oil, power, chemicals, and gas in 2021-25 is less than $300 billion, and oil will be just about 20% of that total reduced spend, according to estimates from the American Petroleum Institute. This means capital expenditure for a lot of geographies in the Middle East (Libya, Iran, Iraq) will not be available, as many international oil companies exit new production in traditional oil and gas. Those oil and gas companies globally that are subject to shareholders have received a clear message: We have enough oil and investors want to be in environmentally sustainable products and positions. This is the environmental, social, and corporate governance revolution affecting equity markets globally. The shift in the preference of capital — where it wants to be — will have a dramatic effect on oil and gas producing states in the Middle East. It will change their fiscal possibilities and it will limit their own abilities to fulfill international climate goals.

U.S. policy is to recommend and mandate renewable energy and reduced carbon emissions, domestically, but also in its foreign aid and investment commitments. But the equity gap on renewable power investment is severe. Globally, new greenfield investment in renewable energy is soaring, but it is not necessarily going to emerging markets or the Middle East. In 2019, of the $755 billion in investment globally in clean energy, just $155 billion went to emerging markets (not including China), and the Middle East received only a small portion of that.

The Biden administration is pushing the B3W plan for investment in clean energy globally, but facilitating that investment in the Middle East will prove difficult, and will require collaboration with the Gulf and its sovereign investment entities. In the short term, we will see rising oil prices in the region that may give some support to governments that don't want to reform. And we will see the U.S. needing its Gulf partners to help balance markets, much as the Trump administration found it needed Saudi Arabia in April 2020.

The energy transition will create some short-term opportunities and likely widen equity gaps globally, and especially within the Middle East. The transition is propelling opportunity for a small set of actors, especially the UAE and Saudi Arabia, which will empower their own view of winners and losers, and those most deserving of their investment and attention within the Middle East and North Africa. It would be better now for the U.S. to engage these states in a regional approach to achieve both its goals of stability and economic development in the region, and its aspirations on climate change.

Karen E. Young is a senior fellow and founding director of the Program on Economics and Energy at the Middle East Institute. The opinions expressed in this piece are her own.