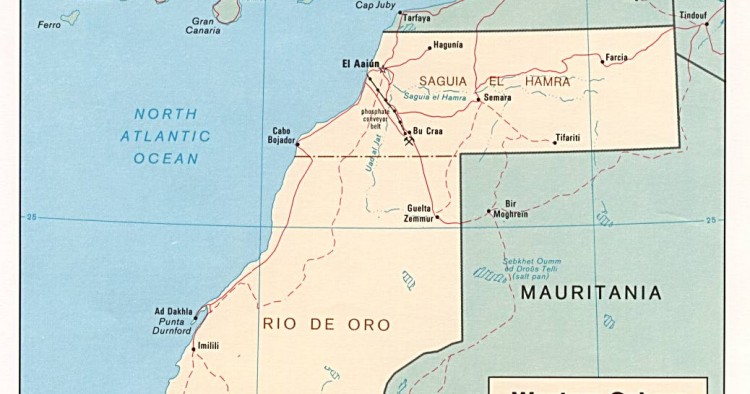 “Compromise” is the word repeated 25 times in this three-voice dialogue with opposing views on what could be the best solution to the Western Sahara dispute. The settlement options that emerged from the three contributors to this series have accepted either autonomy for the Western Sahara territory (subject to a referendum) or a referendum on self-determination that would include independence as well as other possibilities, including autonomy. The choices now on the table concern a self-determination referendum (with independence as well as autonomy as options) or negotiated autonomous status (without independence as an option). The shift, however, is significant because the conflict over Western Sahara is no longer characterized in mutually exclusive terms, i.e. through a defining referendum process on either integration with Morocco or independence (with an Algerian flavor). Autonomy is now part of the equation, though the latter has not changed fundamentally.

Can sovereignty or independence be shared?

On the one hand, the compromise on offer is to have a vote on independence or autonomy with either the U.N. referendum process or an autonomy plan. On the other hand, the Moroccan autonomy plan (instead of integration) offers devolution of power and is to be approved by referendum, without an independence option. It is a matter of political judgment to conclude that Morocco’s extension of autonomy to Western Sahara and other regions in Morocco is a risky move; it is equally debatable whether Polisario’s acceptance of the autonomy option on a final self-determination vote constitutes a significant departure from the organization’s established position and tactical interest.

Both approaches invoke international legality. The 1975 International Court of Justice (ICJ) advisory opinion reaffirms the decolonization imperative of a self-determination referendum on independence, free association, or integration. The legality of self-determination also laid the foundation for a right to autonomy alongside independence. Thus the fundamental difference on a solution for the future of Western Sahara is not so much about international legality versus a political option as it is centered on an acceptable way for the international community to endorse a mutually agreeable solution. The issue is not centered on whether only a final vote on autonomy and independence (instead of autonomy alone) would qualify as a self-determination referendum. That is a false debate: neither East Timor nor Namibia (two former fellow U.N. Non-Self-Governing territories) had such a referendum.[1] Both the Namibian and East Timorese self-determination processes were based on a political agreement about who should vote, how the vote should be carried out and what questions should be asked at the ballot box. That agreement is what is critically missing in the case of Western Sahara. Elsewhere, the UN’s track record is even more puzzling: looking at the eleven U.N. (formerly League of Nations) Trust Territories which have achieved self-determination, none held a referendum with the mandatory three options of independence, free association, or integration. Six of these territories, however, had a plebiscite or referendum which could be considered as a direct or indirect vote on independence.

In this context, it might be worth reassessing the 1975 Western Sahara ICJ Advisory Opinion’s concession that in certain instances the U.N. General Assembly (U.N.G.A.) did not require a popular consultation on self-determination, because “[t]hose instances were based either on the consideration that a certain population did not constitute a “people” entitled to self-determination or on the conviction that a consultation was totally unnecessary, in view of special circumstances” (para. 59). Shouldn’t the Court then be asked to establish whether a political agreement on the future status of Western Sahara — as agreed by the parties and approved freely and democratically by the people of Western Sahara — could be considered by the U.N. General Assembly as sufficient evidence of the realization of self-determination?

The U.S. and France may see the unresolved status of the Western Sahara as peripheral to their strategic interests, but a fast deterioration of either the regional or Western Saharan internal situation could change that assessment. More critically, the way the dispute is currently framed (either Moroccan sovereignty or Polisario-led and Algerian-friendly independence) is a zero-sum game that no interested party would like to initiate for fear of alienating either Algeria or Morocco. Thus the situation persists in which the semblance of a search for a solution prevails over the actual intent to secure an increasingly elusive deal.

Yet some options could be explored that could positively affect the current dispute entrenching equation. The current Moroccan autonomy plan could be strengthened so as to give additional powers to Western Saharan authorities and ensure the international community (i.e., the UN) be given the right to monitor and report on Morocco’s compliance with the plan, including on human rights. This could be best achieved by transferring to Morocco the legal and political obligations of “administering power,” which Spain unilaterally relinquished in 1976. Such a move would grant Morocco the powers, rights and duties as defined by the U.N. laws and practice for the responsibilities of administering power. In particular, Morocco would be accountable for promoting the well-being of the Western Sahara population in conformity with the U.N. Charter (chapter XI), including self-government and human rights. Morocco’s position as “administering power” will be defined by the U.N.G.A. and decided by the U.N. Security Council, which could revoke it. Although the implication of “administering power” position on the issue of sovereignty is complex and open to a wide range of interpretations, sovereignty could be best described as conditional or abridged and at least as sovereignty in abeyance. Thus Morocco’s conditional sovereignty over Western Sahara would entail a robust U.N. oversight as well as conflict-resolution role, allowing, ultimately, power sharing with Polisario.

[1] The East Timor vote was a special autonomy plan whose rejection by the East Timorese people led to independence; for Namibia, the vote was on the election of a Constituent Assembly.