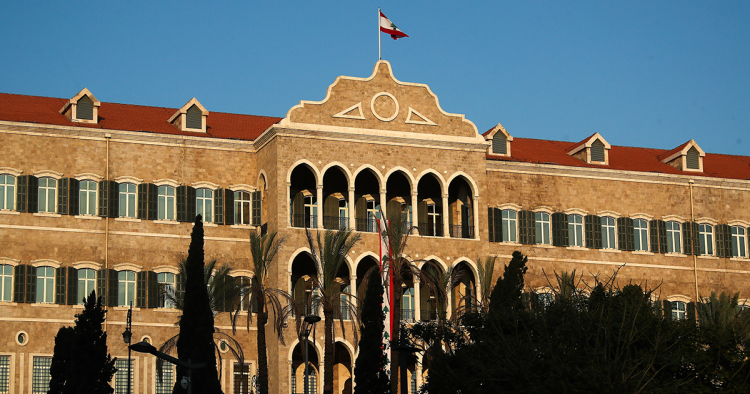 Lebanon is currently facing an unprecedented constitutional crisis that, if left to simmer, will further worsen the country’s numerous predicaments. Three decades after the Ta’if Agreement that ended the 1975-90 war, officials and warlords failed to implement a real reconciliation that could usher in civil order in a country known for its intrinsic vulnerabilities. Although a diverse society, Lebanon has always suffered from inherent political contradictions and currently agonizes over — among other calamities — major constitutional and political crises that, even though they are engulfed by crumbling socio-economic conditions, remain far more threatening than most imagine. How can the Lebanese put an end to such ongoing deterioration? And can Lebanon’s “business-political” class resolve some of the many crises confronting the country?

While Lebanon’s unending tensions are mostly political and socio-economic in nature, substantially more attention must be devoted to the Constitution. In fact, at the heart of every imaginable misfortune, the country’s 1926 Constitution, amended in 1989 with the Ta’if Agreement, is in need of “technical” review and updates. This is, of course, easier said than done, but more attention must be paid to the texts that “govern” the land and its socio-political constructs. To that end, adjustments to the current and somewhat inconvenient procedures and conditions are inevitable.

When reviewing the constitutional texts, one needs to analyze the spirit as well as the intentions of the “legislator” first and foremost, and then move on to the preamble of the texts alongside the major principles and fundamental laws. For how can one understand the separation of powers clauses, laws governing the judiciary, the establishment of a Constitutional Council, or even the Supreme Council for the Trial of Presidents and Ministers (SCTPM), without addressing the underlying intentions?

In its preamble, the Lebanese Constitution states that “the people are the source of powers,” which is laudable but largely inaccurate. In reality, and throughout the past decades, actions in parliament and on the ground have proven that this principle remained theoretical at best and that the Lebanese people have had limited abilities to change the political processes, group preferences, and various other challenges in and toward their social contracts.

With respect to elections more specifically, various “improvements” to the electoral process became nearly impossible given the “business-political” paradigm in place, which governs and continues to ravage the political scene. Merchant-politicians have in the past and continue at present to negatively affect the development of a better electoral atmosphere that would meet local needs and aspirations for more free and fair elections. Noticeably, opportunistic service provision has played and continues to play a major role in the Lebanese electoral cycle.

Of course, this is in addition to the ineffective election control systems in place as well as some "clientelist'' interest-driven pressures on voters, both of which also help to skew electoral results.

As a direct consequence, Lebanese citizens faced severely limited choices. Therefore, it is fair to state that Lebanese elections were and still are far from normal, as accountability and control mechanisms were very weak because ruling oligarchies muzzled the main electoral processes and guaranteed carefully doctored results. In principle, citizens should be free to exercise their electoral rights and feel free to make political choices, but in reality most seem to have abdicated those privileges to merchant-politicians who thrived and continue to prosper in a corrupt environment that views voters as mere products to manipulate at will.

In addition to the “people are the source of powers” clause, the Lebanese Constitution’s preamble further consecrates the principle of “separation of powers” in clear and solemn ways. This, it affirms, serves as the basis of the Lebanese political regime and aims to both maintain a certain balance between various branches and ensure the most cooperative mechanisms imaginable among them.

Unfortunately, this separation was not and is not being respected, as the executive branch plays a self-appointed “preeminent” role over the legislative branch. The parliamentarians could not control “governments of national unity,” which were mostly composed of elected deputies or representatives of parliamentary blocs. In other words, members of parliament pretended that they maintained their constitutional privileges and agreed to governments that were, truth be told, mini-parliaments in which most political parties and tendencies were duly represented.

Indeed, the concept of a “cabinet of national unity” or a “coalition government” produced ineffective institutions that disparaged the constitutional separation of powers.

As parliamentarians were unable and unwilling to control and audit the actions, decisions, and policies of successive cabinets because major parliamentary blocs were represented in them — after all, why and how would they oppose or criticize themselves? — the system adopted null and void models. This lack of accountability, therefore, ensured destructive inefficiency at the parliamentary level that the country has yet to recover from.

As importantly, no specific procedures for the formation of a cabinet were included in the Constitution. Indeed, Article 53 covers very general items and simply mentions that the government should be formed exclusively by the common will of the President of the Republic and the Prime Minister-designate, without specifying any procedural details regarding tasks assigned to each. This means that their mutual consent is a must. Consequently, any personal differences, or even the absence of chemistry between the Head of State and the PM-designate creates insurmountable challenges during the formation process.

Regrettably, past and present elites were mired in interminable haggling that sealed the fate of most governments as inefficient bodies, a phenomenon that most citizens lamented. Thus, it is fair to say that there is a need to review the text of Article 53 to clarify what the required procedural steps toward the formation of a new cabinet should be, along with an emphasis on the explicit responsibilities of each party. It is logical to propose that a deadline for the formation of a government, say 60 days, be incorporated in the adopted texts in order to stop or limit the abusive behavior that drags consultations out over months.

The ineffectiveness of judicial independence

Similarly, complications with the judiciary — with limited autonomy in its nominations and promotions — further undercut the constitutional “separation of powers” clause. In turn, it has proved unable to play its crucial role in holding the political system accountable.

The Lebanese Constitution stipulated that the judiciary stands as an “independent body,” though in reality this was obviously not always the case. Politicians were reluctant to accept regulations that consecrated the independence of the judiciary because doing so would limit or even eliminate the powers of merchant-politicians.

There continues to be a pressing need to reform the Constitutional Council, which was unable to engage in any constitutional interpretations as specifically provided for in the Ta’if Agreement.

Furthermore, the very concept of “Exceptional Courts” needs to be reconsidered. This includes the Judicial Court (the body empowered to adjudicate specific crimes deferred to it by the Council of Ministers) as well as the Military Court (the body empowered to try civilians as well). Despite this urgent need, few legal scholars envisage changes under the existing conditions.

After the Aug. 4, 2020, explosion at the Port of Beirut, the Council of Ministers deferred the investigation to the Judicial Council. Shortly after, a judge of instruction was appointed, then later on dismissed by the Court of Cassation, ostensibly over a legal conflict about the immunity of many former ministers and current members of parliament who were identified as potential witnesses to be questioned by the magistrate. As a result, a new judge was appointed.

Although deputies could be questioned and/or pursued for criminal cases under the Constitution, few recognized such obligations themselves. Neither parliamentarians (outside of their roles as “representatives”) nor any member of the government (prime minister as well as cabinet ministers) were given immunity under the Constitution.

In mid-2021, Lebanese politicians intensified their attempts to “create” and “legalize” some kind of immunity — again, non-existent in the Constitution — via the SCTPM. The SCTPM was initially formed to try presidents and ministers but unfortunately it never met, nor did it issue any decisions against anyone due to crippling procedural laws. One of the SCTPM’s by-laws specified that a two-thirds majority was required in parliament to refer a president or a minister for trial, which is almost impossible given the legislative body’s current composition and conflicts of interest.

Constitutionally speaking, all citizens are equal under the law, a right that was duly consecrated as a general rule. Moreover, whatever immunities were specifically granted as privileges to some public officials were meant as a guarantee to shield them as they hypothetically promoted and defended the public good. Yet some officials in Lebanon incessantly used and continue to use constitutional loopholes to protect themselves from legal consequences and political liabilities — something that should be unacceptable in a democratizing society. Such “immunities” have become the stronghold of political impunity.

In light of the above, what can the Lebanese do to restore the semblance of their freedoms, reform existing institutions, review their constitutional texts, and otherwise engage in mature state-building?

Although self-evident, and although no such concepts exist for merchant-politicians, Lebanese citizens who believe in their republic and who wish to preserve it as a viable political entity ought to usher in transparency and mechanisms for accountability.

These can be introduced through targeted actions and public pressure and awareness. For example, the concept of immunity ought to be updated so that it is neither perceived from a very narrow angle that serves members of parliament exclusively, nor deployed as an obstacle to justice. Similarly, the separation between legislative and executive bodies is long overdue to enable Beirut to field effective governments that serve the nation.

A parliamentarian should not concurrently serve as a minister given that overlaps in these roles seldom advance the national interest. In fact, the principle of “separation of powers” as consecrated within the Constitution expects nothing less. Moreover, maintaining the independence of the judiciary is a must, starting perhaps with the adjustment of some texts and the reinforcement of the role of the Court of Audit and similar oversight bodies.

In the end, only an expansion of the powers of the Constitutional Council — to interpret the Constitution and to deliver universal opinions — would safeguard the democratic concept that all citizens are equal under the law and that no one is above it.

Antoine Sfeir earned a PhD in international law from the Université Paris Descartes and practices as an attorney at law at the Paris and Beirut Bar associations. He is an arbitrator as well as an affiliated partner in Montréal. He lectures at the Université Saint Joseph in Beirut, lectured at the American University of Beirut, and served as a member of the UNESCO National Commission. He is a counsel before the International Criminal Court and regularly offers analyses on legal and political issues in local and international media outlets. The opinions expressed in this piece are his own.