Desalination in Libya: Challenges and opportunities 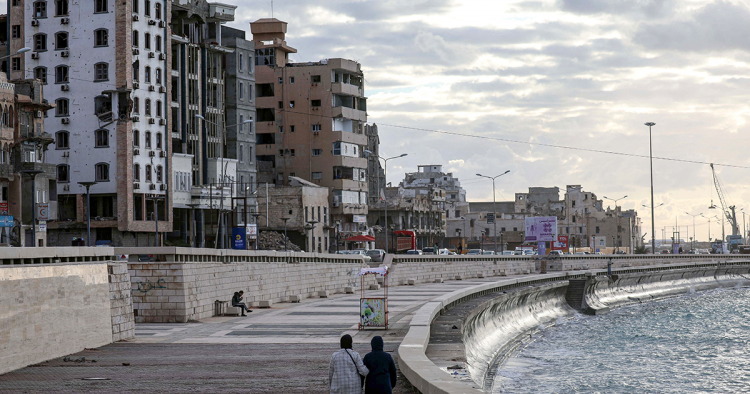 For the Middle East and North Africa (MENA) region, groundwater is a hidden but significant problem, as many countries extract more than is being recharged1 and most lack solid legal frameworks and national water policy regulations to determine use. As a result, there are questions and concerns about the current status of groundwater aquifers, especially with the increasing impact of climate change, as well as the type of sustainable alternative solutions that could assist in conserving them.

Libya is no exception to this broader regional trend, and the country suffers from growing water scarcity according to a number of experts and international organizations. Libya’s freshwater resources originate mainly from groundwater aquifers, which account for more than 97% of the water used as the country has no rivers. While Libya registers low levels of rainfall, the demand for water keeps increasing, driven mainly by population growth, rising living standards in urban centers, and the needs of the agricultural and industrial sectors.

Since the 1970s the oil industry has played a dominant role in the socioeconomic development of Libyan society,2 and the country has thus focused exclusively on the extraction of “black gold” and ignored its impact on the depletion of its “blue gold.”

Libya is ranked 15th among the 33 most water-stressed countries by 2040. Water stress levels in Libya have increased over time due to both population growth and rapid urbanization. Domestic water is supplied to Libya’s cities by three institutions, namely, the Man-Made River Project Execution and Management Authority (MMRA), the General Desalination Company (GDC), and the General Company for Water and Wastewater (GCWW).3 Given the number of institutions managing water supplies in Libya, the issue of coordination when it comes to water governance becomes very challenging.

Tribes and the control of natural resources

Tribes have long played an integral role in Libya’s politics and socio-economics, even before colonial times. The process of tribal integration was slow and steady when Moammar Gadhafi took power, but was further strengthened during his rule. However, the former regime’s social engineering was not just focused on making sure tribal members were included in Gadhafi’s new system of governance, but rather it was a means of control designed to avoid any tribal opposition, as Gadhafi successfully managed to do during his early years in power. Restructuring the role and place of tribes in Libyan society allowed for easier control of resources with no opposition.

In the early 1980s, despite the proven success of desalination plants in major cities like Tripoli and Benghazi, the Gadhafi regime decided to implement the country’s biggest engineering project, the Great Man-Made River Project (GMMRP), consisting of 1,300 wells, some up to 600 meters deep with giant concrete pipes, creating a water pipeline network covering a total of 4,000 km. The project cost more than $20 billion and the Libyan government paid for it without any financial support from multilateral lenders like the World Bank or assistance from other countries.

Gadhafi justified the construction of this elaborate project by explaining that access to water was a national security issue, legitimizing the GMMRP. Thus, this project and subsequent engineering ventures led to total governmental control over the country’s natural resources, i.e., the groundwater aquifers in southern Libya. But beyond its importance in terms of water supply, the project was designed first and foremost as a “showcase” for the Libyan revolution, and Gadhafi dubbed it the “eighth wonder” of the world.

The development of desalination

Although desalination has taken place in Libya since the 1960s,4 the expansion of desalination plants in many coastal cities was relatively slow due to the high dependency on groundwater and the fact that major investments were directed toward the completion of the GMMRP. During the 1970s and early 1980s, investment in desalination was thought to be too costly and risky, given the government’s existing commitments to the GMMRP.

The GMMRP imposed a significant financial burden and it is important to note that the project, which was initially planned for completion in 2010, was not fully realized. It currently consists of two completed phases out of the planned total of four. According to interviews with engineers and technical staff who worked in the field of desalination, the Libyan government (while building out the GMMRP) also attempted to expand the capacity of desalination plants in coastal cities like Tobruk and Darna, which were not connected to the GMMRP network.

Nonetheless, starting in mid-2000s, a renewed interest in desalination has led to the formation of the General Desalination Company. It is an offshoot of the Ministry of Electricity, Water, and Gas (MEWG), set up by Government Resolution 924 of 2007.5 This body is responsible for the management, maintenance, and supervision of desalination plants in the country. Prior to its creation, desalination fell under the General Electricity Company, which was the main operator of desalination plants in major cities, like Tripoli, Benghazi, and Sirte, before the construction of the GMMRP. The late establishment of a separate governmental institution for desalination was one of the factors contributing to the sector’s limited development.

A reality uncovered after the fall of the regime

In the post-Gadhafi era Libyans face a number of challenges when it comes to water availability, among which is the question of alternatives to the GMMRP. The GMMRP does not provide water for the entire country and has no connecting pipes or networks to deliver supplies to areas with limited access to water resources, such as the Nafusa Mountains and some coastal cities.

For example, the Jaghbub network, initially part of phase five, was initially supposed to be developed to connect Tobruk city and Ajdabiya in the eastern part of the country, in order to meet water demand in that area. However, construction of the Jaghbub network has been canceled and the GMMRP now only consists of four phases.6 In 2017, citizens in the city of Tobruk protested over the issue of access to water as the city has been suffering from a water crisis for years  and the situation has only gotten worse since the fall of the Gadhafi regime.

It is important to understand that water is provided for free to the Libyan population. Gadhafi described it as a human right that should be provided without cost. Nonetheless, without oil revenues, the country would not have been able to afford the costs of water services and sanitation. Although there is technically no cost associated with water for the public, there remains a price for developing water resources and providing delivery, which the government has been paying for years.

Given Libya’s geographical location and the concentration of its population in coastal areas, desalination could be implemented as an alternative to the further expansion of the GMMRP. Desalination technology, as mentioned, has been used in Libya since the early 1960s, although few desalination plants have been established since then.7

In the early 1970s several desalination plants (with limited capacities) were installed, for example in Tobruk, Darna, Sussa, Benghazi, Zwitina, Ben Jawad, Sirte, Zliten, Tripoli, and Zwara. The total designed capacity for these plants was 136,900 cubic meters per day,8 but they are now out of service due to a lack of maintenance. These desalination plants were constructed through contracts with foreign companies that supplied the required technology.

The new governments in power in Libya since 2011 have not pursued any serious plans for desalination initiatives and seem to lack an awareness of the technology’s potential. While there were efforts to make new infrastructure plans and carrying out projects during the period from 2011 to 2014, after the 2014 political fragmentation and the subsequent division in government, the authorities lacked the vision to realize desalination’s potential as a way of boosting Libya’s water supply. Instead, the focus has been on short-term solutions, including digging surface wells for domestic use and the over-exploitation of fossil aquifers by the government.

Libya’s desalination industry is currently operating with limited support and the once-thriving industry is now experiencing serious setbacks. Yet, when considering Libya’s water challenges, desalination could provide added value and an opportunity to conserve groundwater aquifers in the country’s south. This could be accomplished by shifting the focus from groundwater resources to desalination plants in coastal cities that could potentially provide water directly to a majority of Libya’s population. However, the low utilization factor and high capital investment required negatively affect the unit cost of desalted water.9 Thus, economical strategies should be developed to further reduce production costs and take into account the associated expense of maintenance.

Time to go local in Libya