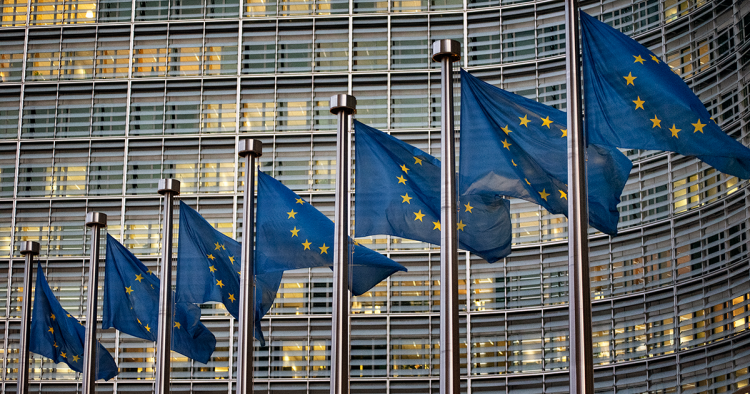 After almost two years of work, the first draft of the European Union’s (EU) so-called Strategic Compass was presented on Nov. 15. The objective of this military strategic plan is to agree on a set of proposals to guide the bloc’s defense cooperation efforts for the next five to ten years. Previous attempts at seriously bolstering Europe’s defense ambitions have often been half-hearted, but this time could be different because Europe feels genuinely threatened. For decades, the Old Continent could sit back and relax, with U.S. security guarantees firmly in place, the Russian Federation weakened, China seen as an economic opportunity but not a threat, and a MENA region that was unstable but for a long time had little direct security impact on the EU.

Now, increasingly, Europe feels exposed, vulnerable, and a little lonely. The likelihood of a scenario in which Europe will have to deal with violence on its periphery by itself is growing. French President Emmanuel Macron is pushing his own vision for so-called European “strategic autonomy” in the Middle East and elsewhere, pointing to the chaotic American withdrawal from Afghanistan and the Australia-U.K.-U.S. (AUKUS) trilateral security pact snub as the latest “I told you so” moments. Europeans have started to agree that, while Joe Biden may be different in style from Donald Trump, the overarching trends shaping the trans-Atlantic relationship are here to stay.

Alarm bells over America’s undeniable shift to Asia have finally been rung in Brussels and other European capitals. European leaders understand that the U.S. is changing its engagement with the MENA region too. They expect that Washington will stay focused on Iran and will be there if potential conflicts and precarious situations draw in large, important regional countries such as Egypt or Saudi Arabia. They also expect, of course, that the U.S. will still engage if an armed conflict breaks out involving Russia on Europe’s eastern periphery. Thus, while the Europeans by no means deny the necessity of a strong trans-Atlantic bond, they have started to reflect on the implications of crisis situations where U.S. interest are less obvious. And there are plenty to think of. Will Washington take the lead in a place like Libya or Mali? Will Americans be enthusiastic about dealing with conflict prevention or low-intensity crisis management in the MENA region? Will the U.S. help to address migration-related threats pressuring Europe’s borders? What about damaging cyberattacks on Europe’s economy? The Europeans increasingly doubt it and finally want to step up their abilities to go it alone — and rightly so.

For Thierry Breton, the European commissioner for internal market who also oversees the EU’s Directorate-General for Defense Industry and Space, Afghanistan has highlighted that “European defense is no longer an option. It must come of age. The only question is when. And we will be ready.” European leaders are showing themselves to be more daring and dashing than they have been for a long time. But they also increasingly agree that their defense organizations are not (yet) ready to face many of the imaginable hostile situations alone — and see that as an actual problem. After a long period of denial, the EU has now entered a period of proposed adjustments. Political will, principles, and paper exercises can be a (fresh) start. That is what the new Strategic Compass is. It focuses on four overlapping areas: crisis management, capabilities, resilience, and partnerships.

For Josep Borell, the high representative of the EU for foreign affairs and security policy, one of the overarching objectives of the Strategic Compass is to find a consensus on the best ways to project Europe’s influence as both a regional and a global actor. That influence, in particular in the MENA region, is not just a function of American engagement or the strength of economic relations. While the EU, and especially the French, have long regarded large parts of the region as their own strategic theater, the realization is dawning that others have successfully stepped up their presence. European actors are increasingly aware that they and their worldviews are competing with other ambitious actors and development models. Among other factors, European leverage over the Gulf states is decreasing, while in the Sahel there is a chance that the Europeans will find themselves fighting side by side with the Wagner Group, a Russian-sponsored private military company. That is unlikely to satisfy national parliaments operating under the impression that Europe is promoting the international rule of law and assisting transitions to democracy. The rampant conspiracy theories and fake news flooding the MENA region, including the anti-European strains, have also proven difficult to counter.

The provisions in this first draft of the Strategic Compass show that the EU will not give up that easily, displaying an increased willingness to become better at what it intended to do all along: take care of those crisis situations that the U.S. (and thus NATO) are all not that interested in. This includes crisis management and training missions on the EU’s southern periphery. To this end, one flagship proposal is the establishment of an EU capacity for rapid force deployment by 2025 — up to 5,000 troops that could quickly intervene to stabilize a situation in a hostile environment. With such an ability, EU officials have lamented, the Europeans could have held on to Kabul airport without the Americans and continued evacuations for a while longer. They could also intervene in case of a coup against a legitimate government or a threat to important sea lines of communications.

This is of course not the first time that the Europeans have come up with a new defense cooperation proposal, nor should one get the impression that the EU has so far done nothing in this area. The EU has had a Common Security and Defense Policy (CSDP) since 1999, and Western European defense cooperation in the form of the Western European Union goes back to 1955. Through its CSDP, the EU currently deploys 18 missions and operations outside its own territory (7 military, 11 civilian), including two naval military operations: EUNAVFOR Somalia ATALANTA and EUNAVFOR MED IRINI in the Mediterranean. Reflecting ambitions in this area, the crisis management proposals of the Strategic Compass include a large maritime component. The EU is already piloting its new “Maritime Presence Concept” in the Gulf of Guinea and is set to expand it into other troubled waters, such as the Indian Ocean. In this context, the MENA region can also expect more frequent port calls and to host and participate in more joint naval exercises.

It is also not the first time that the Europeans have come up with the idea of a rapid reaction or “first entry” force. Rotating 1,500-troop “EU battlegroups” have been operational since 2007, but they have never been used. Their deployment was contemplated in various crisis situations (such as the Democratic Republic of the Congo, South Sudan, Libya, and Mali), but every time a lack of consensus among member states prevented it from happening. This time around, many member states have run out of patience and no longer want consensus above all else. In fact, it turns out that there is already a solution to this issue as well: an existing provision in the EU Treaty (Article 44) allows for ad hoc military cooperation between willing member states. Detailing this out is also on the agenda for the coming year.

A move away from a lowest-common-denominator consensus toward more flexibility and thus greater ambition is very much what the French would like to see from their European partners and EU institutions. Upset with the British and Americans over AUKUS and other bilateral squabbles, they are pleased to see a post-Merkel Germany emerging that is willing to be more flexible and feisty. With the shortcomings of the 2011 mission in Libya fresh in mind, and with an eye on brewing turmoil in the Maghreb and Mashreq, having an EU that would help Paris “punch above its weight” would please not just Macron, but any winner of the 2022 French presidential elections.

But the Americans and the constructive forces in the MENA region should be pleased too. For the first time, a number of stars are aligning for a true step-change in Europe’s communal ambitions. With more flexibility, faster decision-making, better cooperation with local forces, and more powerful and relevant capabilities, the outcome could be a growing willingness and ability to engage in more successful conflict prevention, crisis management, and ideally crisis resolution activities.

Of course, political will, principles, and a paper exercise do not make for reality as yet and the final draft of the strategic document will only be adopted in March 2022. But the EU’s allies and partners should encourage and support the Old Continent on its renewed quest toward greater military relevance and geopolitical say. For the U.S. it will lead to a partner that can finally share more of the burden. For the region, Europe’s normative approach and long-term, slow-progress engagements full of conditionalities will turn out to be a necessary counterbalance to the more short-term but potentially exploitative deals offered by other geopolitical suitors.