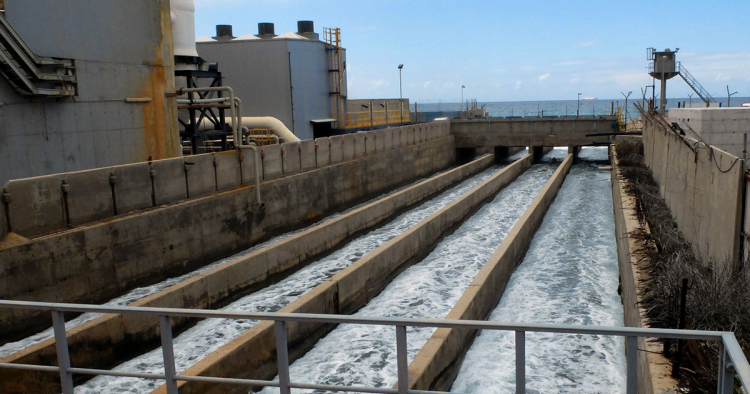 On Nov. 22, the Dubai Expo hosted an event where the United Arab Emirates (UAE), Jordan, and Israel signed a cooperation agreement that would broker an exchange of renewable energy and water between Jordan and Israel. The signing of the agreement between the respective minsters of the three countries took place in the presence of Abu Dhabi Crown Prince Mohammed bin Zayed and U.S. Climate Envoy John Kerry, who played a role in getting the deal done.

Under the agreement, Masdar, a UAE government-owned renewable energy company, would build a substantial solar energy farm in Jordan. Jordan would then send the generated solar power to Israel in exchange for water produced from a new coastal desalination facility. The deal also stipulates that the electricity generated from the solar farm would be sold to Israel at a cost of $180 million per year, with both Jordan and Masdar sharing in that revenue.

What makes this resource swap between these two nations conceptually feasible? Access and ability to produce those two resources. Unlike Israel, Jordan has ample land to build an expansive solar-generating facility, while Israel’s access to the Mediterranean allows for direct water conveyance between Jordan’s more populous cities in the north and the closest source of coastal desalination. The solar energy that Israel would acquire from Jordan through this deal, a total of 600 MW per year plus additional storage, would bolster its renewable energy portfolio and provide added energy resources for its desalination efforts. For its part, Jordan would receive a much-needed additional water supply — up to 200 million cubic meters per year — to help address the challenges of the severe drought it is currently facing.

Jordan is currently in a water scarcity crisis with few options available to alleviate it. The intensifying impacts of climate change when paired with dwindling water resources and increasing water demands driven by socioeconomic factors have pushed Jordan to the brink of catastrophic water shortages. Higher temperatures and reduced rainfall have affected the replenishment of the country’s heavily over-utilized groundwater aquifers (and its limited surface water resources). A growing population, inflated by the influx of Syrian refugees over the past decade, has added pressure on Jordan’s constrained water supply. These conditions are further exacerbated by a domestic water conveyance and infrastructure system that results in a significant amount of water losses in transit.

Jordan’s opportunities to develop water resources under these difficult conditions are extremely limited. Desalination in the Red Sea at Aqaba is an alternative that is now being more seriously considered in Jordan than in the past. The national carrier project proposal would transport desalinated water from the Gulf of Aqaba north to Amman. Setting aside the enormous cost and the massive engineering undertaking required, bringing such a project on-line would take years from design and construction to operation. And while in the long term the national carrier project could be a tremendous help for Jordan when it comes to enhancing its water supply portfolio, the country’s water scarcity challenges are getting increasingly dire in the here and now. That’s where Israel and its desalination enterprise offer a more near-term solution.

Even with the development of new and efficient desalination technologies, desalination remains an energy-intensive enterprise. And with the intention of expanding its desalination network (both coastal and brackish), Israel’s energy needs will also intensify. With more global emphasis on climate change mitigation by reducing world-wide carbon emissions, shifting to renewable sources of energy becomes a priority for nations seeking carbon neutrality. In light of Israel’s net-zero greenhouse gas emissions pledge by 2050, the opportunity for incorporating more renewable energy from the proposed solar power-generating facility in Jordan provides an enticing incentive for Israel to partner with its neighbor in the UAE-brokered deal.

This new energy-for-water deal between Jordan and Israel isn’t the first time both nations have attempted to negotiate with respect to resources management. The 1994 peace treaty included an annex associated with water-related issues. Annex II of the treaty specifically addressed water-sharing initiatives that shifted water resources use in the Jordan River Basin between Jordan and Israel from being competitive to collaborative. This arrangement allowed Jordan to store water in Lake Tiberias and for Israel to take pre-determined seasonal withdrawals from the Yarmouk River. In addition, Israel agreed to provide Jordan with 50 million cubic meters of water annually with the annex also broadly describing commitments of mutual binational support during droughts and in developing further water resources (e.g. Israel assisting Jordan in incorporating desalination technologies). This foundation of binational water resources cooperation was further expanded this summer when Israel’s new government and Jordan came to terms as part of a deal in which Israel would sell an additional 50 million cubic meters of water per year to the kingdom, effectively doubling the amount of water that Jordan would receive (based on the 1994 peace treaty).

Natural resource cooperation between the two nations has not been limited to only water. Cooperation on natural gas supplies has been in place since 2014, when the Jordanian Electric Power Company signed a letter of intent to import natural gas coming from Leviathan, Israel’s largest offshore gas field in the Mediterranean. Jordan began receiving the pumped natural gas early last year through a pipeline connecting to power plants in northern Jordan, where the gas is used to generate electricity that is then distributed to the rest of the country. Per the agreement, this arrangement will remain in place for 15 years.

However, not all planned natural resource projects between the two nations were successful in launching after initial collaborative steps were taken. A 2015 agreement paving the way for a water transfer project that would convey water from the Red Sea to the Dead Sea stalled, and eventually failed. The project’s intended goal of preserving the Dead Sea from depletion by replenishing it with a pipeline from the Red Sea was never realized due to a number of obstacles (political, financial, and environmental), chief of which was Israel’s skepticism of the project’s economic viability.

Knowing what Jordan and Israel have at stake through this deal helps to evaluate how successful they will be (along with the UAE) in executing what has at this point only been described in concept. One of the obstacles to this new deal, which is present any time these two nations look toward collaborating together, is gaining local public support for cooperation. This is especially true with Jordan, where the deal is seen as controversial due to the long and strained history between these two neighbors, tracing as far back as 1948. Of equal concern among Jordanian citizens is the state of extra-national dependence that this deal would place their country in, even though there are few other viable options to ease Jordan’s water hardships. Recent protests and walkouts in Amman at the parliamentary and citizen level are an indication that this deal will likely never be fully embraced in Jordan by the public.

However, more critical (in terms of the deal’s success or failure) are the feasibility issues that will need to be resolved for the proposal to actually become reality, particularly as it relates to infrastructure, costs, and operations.

Most of these issues will likely be covered when the project timeline associated with this deal begins in earnest in 2022. The first step in this timeline will be a series of assessments that will take form in feasibility studies for the project, addressing the technical, logistical, and economic aspects of this arrangement. If successful, this deal would add a new and interesting dimension to climate mitigation and adaptation initiatives that traverse the domains of the environmental, political, and international.