The fall of the other wall 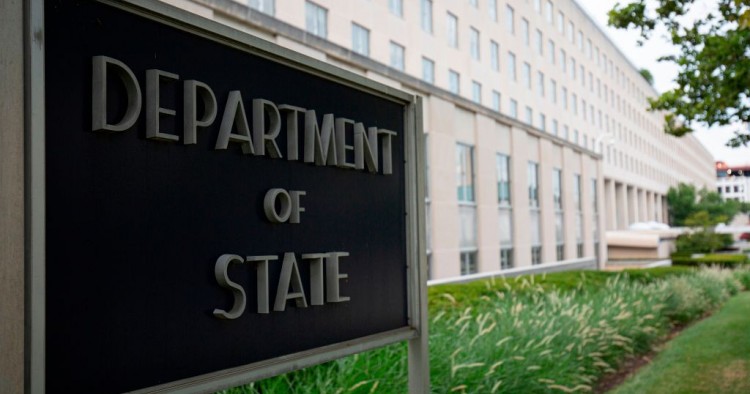 With the fall of the Berlin Wall 30 years ago this week, ties between Western and Eastern Europe were renewed. In the same period, another wall crumbled — between the Middle East and the former Soviet states. And yet, to this day, U.S. national security institutions continue to view these two regions through a Cold War lens, separating how they are handled despite their contiguous geography and how much they influence each other.

For instance, in the State Department, the Caucasus and Russia are part of the Bureau for European and Eurasian Affairs, Central Asia is part of the Bureau of South and Central Asian Affairs, and both are separate from the Bureau of Near Eastern Affairs, which leads Middle East policy. The U.S. National Security Council and the Pentagon also separate most of the former Soviet region from the Middle East. Such divisions often prevent taking into account that what happens in the Middle East can have a direct impact on the states of the South Caucasus and Central Asia and American interests and vice-versa. This approach needs to change; integrating research and policy toward the Middle East and the bordering states of the former Soviet Union would improve analytical understanding in both regions and help identify new policy options.

There are several areas where integrated policy analysis can clearly yield useful results. The first is Iran, which shares land borders with the former Soviet states of Armenia, Azerbaijan, and Turkmenistan and maritime borders in the Caspian Sea with the last two and Russia and Kazakhstan. Domestic developments and stability in Iran are affected by interactions with Azerbaijan and Turkmenistan, which share co-ethnic ties with Iran: close to 25 million Azerbaijanis and two million Turkmen reside in Iran. As bordering states, the countries of the South Caucasus are as relevant to the sanctions regime as Iran’s neighbors in the Middle East, and their banks and other financial institutions and commercial entities should also be closely monitored.

Next, the Muslim-majority republics of Central Asia and Azerbaijan provide a unique model of religion and state that can be useful for Middle Eastern states aspiring to accommodate both secular and observant citizens and end religious coercion. The depoliticized Islam of these states stands in contrast to the often dogmatic, if not militant, model of Islam that is prominent in the nearby Middle East. All of the Muslim-majority states of Central Asia and the Caucasus have adopted complete separation of religion and state, akin to the French laïcité. There is no designation of an official religion; religious studies and dress are not allowed in public schools in most of the states. Citizenship is civic-based, with no special status given to one ethnic group over another; public schools allow students from multiple ethnic groups to study in their own languages. These models may be useful for Iraq, where the protest movement seems to be looking for a non-sectarian system of government, and potentially also for Lebanon.

In recent years, as tourists from the Gulf states and Iran have flooded the countries of the South Caucasus, more intensive human interactions between people from the two regions are also gaining ground. Young people from Iran and the Middle East represent a significant number of the students in many of the universities in the region, and like the tourists, are exposed to societies where observant and secular Muslims co-exist in one state.

Russian-Iranian relations are more complicated and potentially more conflictual than they appear when their status as bordering states is fully factored in. Most Iranians feel far more threatened by Russia than any distant power, like the United States. Meanwhile, Iran, due to its location and immense gas resources, is the only state that can potentially supplant Russia in its main gas markets in Europe, a key revenue and geopolitical power source for Moscow. Russia is highly aware of this, and in 2007, Gazprom acquired the gas pipeline from Iran to Armenia and imposed a narrow circumference to ensure it could not be used as a conduit for Iranian gas to Europe. A closer look at Russian-Iranian interests in their common border areas reveals many other issues of discord as well.

Integrated study of the Middle East and neighboring Central Asia and the Caucasus can provide greater understanding of Russia’s policies in the Middle East. One of Russia’s major foreign policy goals is challenging the dominance of the U.S. dollar in international trade. Moscow plans to use its Eurasian Economic Union trade bloc as part of this plan, and its members include the Central Asian states. Iran has also signed a free-trade agreement with the bloc. An integrated look at Central Asia, Russia, and Iran helps to understand the prospects for the various competing land trade routes developing between Europe and Asia: Moscow is diligently working to build the North-South Transport Corridor through Iran. A rival route to this Russia-Iran project, connects Europe to Asia via the Caucasus and Central Asia. Russia also attempts to bring in military forces from the former Soviet states in Central Asia and the Caucasus to legitimize its deployments abroad: Armenian troops serve under Russian command in Syria, for instance.

As they mark the collapse of the Berlin Wall this week, U.S. policymakers should take the opportunity to tear down their analytical wall between the former Soviet Union and the Middle East. The dynamics of the region are vastly different than they were three decades ago, and adjusting foreign policy in ways that reflect this will enrich analysis and undoubtedly lead to new policy options.

Prof. Brenda Shaffer is a Senior Fellow at the Atlantic Council’s Global Energy Center and a visiting researcher and professor at Georgetown University. She is a foreign policy and international energy specialist, focusing on global energy trends and policies, European energy security, Azerbaijan, politics and energy in the South Caucasus and greater Caspian and Black Sea regions, Iranian natural gas exports, ethnic politics in Iran, and Eastern Mediterranean energy. Alex Vatanka is a Senior Fellow at MEI who specializes in Middle Eastern regional security affairs with a particular focus on Iran. The views expressed in this article are their own.