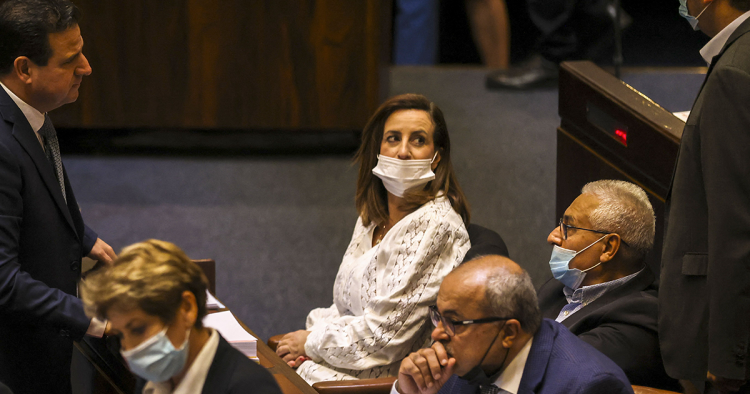 Israel’s governing coalition, about to celebrate its first anniversary on June 13, is a political wonder to behold. I don’t know if any other democracy has enjoyed a government, other than in wartime, stretching from (nearly) the farthest right to the far left (well, not so far), bypassing several parties considered closer to the political center but including others. It also incorporates, for the first time in Israel’s 74-year history, an Arab (and Islamist) party, the United Arab List, known by its Hebrew acronym, Ra’am.

Of course, anyone with even a slight acquaintance with Israeli politics understands that the main — perhaps sole — thread that binds these disparate political forces together is their shared loathing for former Prime Minister Benjamin Netanyahu, in office from 2009-21 (and before that 1996-99), and still the leader of Israel’s largest party, the Likud.

Against this background, Israel endured four general elections during the two years from 2019-21 before finally forming a government, at least partly out of political exhaustion. That government had the narrowest possible parliamentary majority, 61 out of 120 seats, but last month lost that majority when a member of the Knesset from Prime Minister Naftali Bennett’s own far-right party, Yamina (“rightwards”), defected to the opposition, blaming “the ‘gradual erosion’ of Israel’s Jewish identity” under the current government. She may have thought she was leading a wave, but no one followed her. The government still stands, since it can only be brought down by a majority of 61, but is able to hobble along with 60. Pundits began predicting a new election by the end of the year.

The largest Arab party in the Knesset, which is emphatically not part of the government coalition, is the “Joint List,” itself a coalition of three smaller parties running together as one list. It was four until, before the last election, Ra’am, the Islamist party, chose to run separately. Ra’am’s reasons were clear. Unlike the others, which identify as secular and leftist, Ra’am’s voters are religious and socially conservative, notably, but by no means solely, on LGBTQ issues. On economic matters of particular concern to Israel’s Arab citizens, however, as well as with regard to the Israeli-Palestinian conflict, Ra’am joins solidly with its Arab brethren, with views somewhat similar to those of Israel’s two left-wing Jewish parties, Labor and Meretz. While many Israeli parties have one or two Arab Knesset members, their presence is of particular importance to Labor and Meretz, which hope to attract significant numbers of Arab voters, as well as because of their inclusive ideologies.

With all this (and more) as baggage, last Thursday, May 19, one of Meretz’s two Arab Knesset members, Ghaida Rinawi Zoabi, announced she was leaving the coalition and her party because she could no longer stomach how the coalition government treated Arabs, both on bread-and-butter economic issues as well as the tensions during the recently-concluded Muslim holy month of Ramadan, including violent altercations on the Haram al-Sharif/Temple Mount, sacred to both Muslims and Jews, and violent raids in the West Bank, including the killing of Palestinian-American journalist Shireen Abu Akleh last week, apparently by Israeli troops. Zoabi had had enough, she said; she had thought this government would treat Arabs — and her — with more respect than its predecessors, but it had not. In an interview with the Israeli newspaper Ha’aretz, she said, "Going back to the coalition is not an option for me. I might put pressure on it from the outside so that the government begins taking the Palestinian issue and the demands of the Arab community seriously." Likud leaders whooped with joy and scheduled a no-confidence motion for Wednesday.

From Thursday through Sunday she met with a stream of Arab and Jewish Knesset members, top government ministers, Arab local government leaders, and her Meretz colleagues. Late Sunday afternoon it was announced that she had rejoined Meretz and the coalition, that funds appropriated for Arab local government years ago would be released, and that Zoabi would be the point person in dealing with these issues. She said she didn’t want Netanyahu and his far-right supporters to reclaim the government. There was no mention of the larger Israeli-Palestinian or Muslim-Jewish tensions she had cited on Thursday.

What had happened? Israeli newspapers first took the events at face value, though on Monday morning Ha’aretz’s senior political correspondent Yossi Verter wrote, “The event that trolled the whole country was a bluff from the start,” and referred to it as “repulsive politics,” though he didn’t go on to say that she had planned it as a charade. His view was that she could never have left for real; the consequences, meaning new elections and the probable return of Netanyahu, would be too dire, and that this was brought home to her by local Arab government leaders, who would have had to deal with these consequences.

I see it slightly differently, as emblematic of the pressures felt by the current generation of Arab citizens of Israel. They are able to make it in Israeli society, but their relationship with their Palestinian identity is always difficult to navigate. In 2018 Zoabi was included in the Forbes-Israel list of the 50 most influential women in Israel, but in politics she was a neophyte. All Meretz Knesset members, Arab and Jewish, feel considerable discomfort with the government they are now part of, but as an Arab in a “Zionist” party, she must have felt a special burden as Arab-Jewish tensions rose and the government approved thousands of new homes for settlers in the West Bank. Those in the Joint List could criticize the government all they want, and they do. The Islamists in Ra’am, led by their disarmingly charismatic leader, Mansour Abbas, feel they are taking a stand as a conservative Arab element in a primarily Jewish government, earning and taking credit for new government largesse for Arab communities. Zoabi, new to Meretz, unlike her veteran Meretz Arab colleague Esawi Freige, felt betwixt and between.

Has this episode solved anything? Perhaps it’s strengthened Zoabi’s position by demonstrating her willingness to stand up for her community by threatening to leave on principle — and then bowing to their pleas that she stay. Foreign Minister and “Alternate Prime Minister” Yair Lapid deftly demonstrated his hard-won political mastery by taking a particularly prominent role in bringing her back. But it also spotlighted the shrunken Israeli left’s inability to make much difference in a government dominated by the center and the right, concerns that leftists have been voicing for a year now. Nevertheless, cold political calculation shows that most of the disparate parties comprising this unlikely government would almost certainly lose seats and return to the opposition if they bring it down. So the left will probably stay put and swallow its discontents.

However, on the same day Zoabi returned to the fold, as the Times of Israel reports, a different Yamina Knesset member “has once again threatened he could soon quit the government, depriving it of its parliamentary majority.” His reason? “This government increasingly has the image of one that capitulates to Arabs.”

Hang on to your hats. It’s sure to be a bumpy ride.