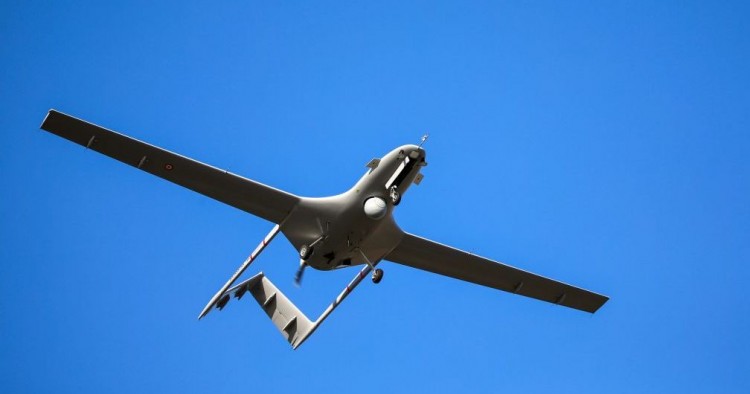 In February Turkey began ramping up its military presence in Syria’s Idlib Province, sending a huge number of reinforcements to enforce the de-escalation zone outlined in the 2018 Sochi agreement with Russia and prevent the Assad regime from displacing millions of civilians toward the Turkish border as it sought to recapture the last major opposition stronghold.

Amid the escalating tensions, the situation changed dramatically on Feb. 27 when an airstrike killed 33 Turkish soldiers and injured more than 30 others. Some experts suggested that the attack was carried out by Russia, although Moscow denied responsibility, blaming the Assad regime instead. However, it would have been impossible for the Syrian regime to do so because the strike took place at night and Damascus has neither the technology nor the precision-guided bombs needed to launch attacks at night.

Regardless of who carried out the airstrike, its objective was clear: to force Turkey out of Syria by raising the cost of conflict and creating an internal debate in Ankara over the feasibility of an anti-Assad operation. Yet, it proved to be counterproductive. In retaliation, Ankara launched “Operation Spring Shield” (OSS) against the Syrian regime and the pro-Iranian militias supporting it. Despite being unable to rely on its fleet of F-16s due to Russia’s control of the Syrian airspace over Idlib, Turkey managed to successfully wipe out a large portion of Assad’s army in the area within just a couple of days by making innovative use of drones.

Although a newcomer to the field, Ankara has quickly emerged as a “drone power” over the last five years. It has designed, developed, and produced its own unmanned systems that have proved to be very efficient and effective in its counter-terrorism efforts inside Turkey and outside its borders, mainly in Syria and Iraq, but also more recently in Libya, where it deployed drones in 2019 to support the UN-recognized Government of National Accord. Yet, its use of drones in the Syrian theatre as part of OSS was categorically different on several levels.

OSS constituted the largest ever deployment of Turkey’s locally-made Anka-S and Bayraktar TB2 drones, both in terms of scale and intensity, and turned Ankara into the world’s second-most-active user of lethal drones. As part of the operation, Turkish military planners introduced a new military doctrine that prescribes the use of drones as an air force in a conventional battle. For Turkey, the advantages drones offer are clear: They enabled Ankara to dominate the skies without the need for a traditional air force and to inflict massive damage on the enemy from above without land-ground engagement.

The precision and the lethality of the Turkish drone strikes in Idlib were remarkable. The massive attacks against Assad regime forces also humiliated the Russians, whose technology, including air defense systems (ADSs) designed to counter such threats, proved useless. According to Turkey’s president, Recep Tayyip Erdogan, Ankara successfully destroyed eight Pantsir ADS units. Russia’s Ministry of Defense refuted the statement, calling it “more than an overestimation.”

Russia’s Pantsir is a short/medium-range ADS that is specifically designed to protect critical facilities and land forces against precision-guided air attacks from low altitudes. On at least two occasions, the Turkish drones obliterated Pantsir-S1 ADSs in Idlib. The video captures released by Turkey’s Ministry of Defense, which went viral on social media, show that the Turkish drones hit and destroyed the ADSs, reducing them to junk, even though their radar was active and combat-ready.

This not only boosts the effectiveness of Turkish drones, but also discredits Russia’s air defense technology. The Russian system is used by a dozen countries around the world, at a cost of around $15 million per unit. In January 2020, Serbia announced the purchase of six Pantsir-S1 units. The UAE is one of the biggest customers of Pantsir ADSs, having purchased 50 units at a cost of almost $750 million. In June 2019, Abu Dhabi deployed several Pantsir units to Libya on behalf of warlord Khalifa Hifter of the self-styled Libyan National Army. Reports suggest that at least one of these units was destroyed.

Many countries around the world closely followed OSS to draw lessons and evaluate the efficiency of Turkish drones. Ukraine and Qatar are the two main customers of Turkey’s drones at present. Ukraine ordered 12 Bayraktar TB2 in January 2018, and shortly afterwards, Qatar ordered six of the same model.

Several other countries are in line either to receive more Turkish drones or to participate in joint projects in which Ankara will help them produce their own drones using Turkish technology. The list of countries includes Ukraine, Pakistan, Indonesia, and Tunisia. Tunisia, in particular, is reportedly purchasing six Anka-S UAVs and three control centers for a total of around $240 million. The price tag also includes technology transfer to assemble the Anka-S locally and permission to sell the UAV to other African countries.

The impressive growth of Turkey’s drone industry is part of a broader effort to expand the range of domestically-manufactured products within the Turkish defense sector. Turkey now produces almost everything critical for its own military needs, including ammunition, drones, missiles, helicopters, armored vehicles, and even light aircraft carriers. The industry is now working to produce the first Turkish-made main battle tank, Altay, along with an even more ambitious program to build a fifth-generation fighter jet, TF-X.

During OSS, Turkish drones had two major advantages that enhanced their performance, both domestically produced. One was the weapons with which they are equipped, namely the smart micro-munitions MAM-L and MAM-C. The other was their electronic warfare system (EWS), known as the KORAL.

Both pinpoint precision-guided munitions (MAM-L and MAM-C) are produced by Turkey’s leading defense producer, Roketsan. They can engage stationary and moving targets with high precision using semi-active laser seeker and multiple-warhead options that have high destructive power even against armored targets. The MAM-C weighs around 6.5 kg and has a range of 8 km, while the MAM-L weighs almost three times as much and its range can be extended to 14 km by using GPS or inertial guidance.

These weapons enabled the drones to inflict heavy damage upon Assad regime military forces and pro-Iran supporting militias. According to a Pakistani official, one strike killed up to 50 members of the Zainebiyoun Brigade, a pro-Iran Shiite Pakistani militia. Although anecdotal, this gives a clue as to the true extent of Iranian losses, especially if other allied militias, like Hezbollah and the Afghani Fatemiyoun, are factored in.

The Assad regime claims that its air defenses shot down six Turkish drones. There is no concrete evidence to support this claim, but even if we took it at face value, the Turkish UAV losses would still be minimal compared to those of the Assad regime. To a large extent this success can be attributed to the KORAL EWS, developed by Turkey’s ASELSAN, one of the top 100 global defense companies.

An integral part of the success of the OSS campaign, the multi-functional KORAL system can carry out sophisticated tasks such as locating, intercepting, analyzing, classifying, and determining the direction of multiple types of radar signals, including complex ones. It is also used to jam, deceive, and paralyze hostile radar systems. This is one reason why the Assad regime’s Russian technology couldn’t respond properly to the Turkish drones. The locally-produced EWS also likely contributed to blinding the Syrian regime’s Russian radar network and helped the Turkish Armed Forces shoot down two Russian-made Su-24s.

Turkey’s investment in defense technologies and products has obviously paid off, and OSS will likely to boost the country’s defense exports. As the Turkish defense sector grows though, it will need to overcome significant internal challenges to sustain its momentum in the long run, such as halting brain drain, securing large-scale funding, accessing critical markets, and avoiding potential negative knock-on effects from Turkey’s foreign policy endeavors that might deprive it of advanced technology and important customers. The challenges are substantial, but as the success of the Syrian drone campaign has made clear, Turkey’s defense industry has undoubtedly made significant progress.

Dr. Ali Bakeer is a political analyst and consultant who follows geopolitical and security trends in the Middle East with a particular focus on Turkey, Iran, and the GCC. The views he expresses are strictly his own.