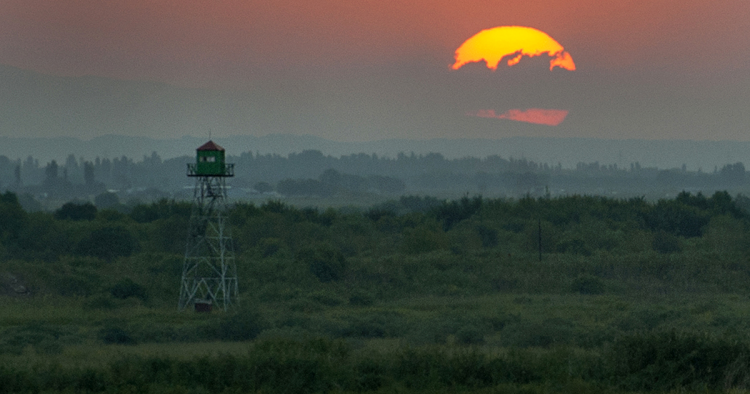 Just over a year ago, Armenia suffered a bitter defeat in a war against the Azerbaijani army, which was supplied, trained, and supported by Turkey. Ankara not only sold drones and other military equipment to its ally, Baku, but also sent over 1,000 Syrian mercenaries to fight for Azerbaijan in the conflict over the disputed Nagorno-Karabakh region. Now, after decades of animosity, Turkey and Armenia are taking steps to normalize ties, and the prospects for restoring relations and reopening the border have never been brighter.

Turkey and Armenia have had no diplomatic or commercial ties since 1993, when the former closed the two countries’ shared land border in solidarity with Azerbaijan, following Armenian forces’ occupation of the Azerbaijani region of Kalbajar. Recently, however, Ankara and Yerevan named special envoys to lay the groundwork for normalization. The two countries’ envoys held their first round of talks in Moscow last month and agreed to meet again without preconditions. The next round of talks is scheduled to be held in Vienna on Feb. 24.

This effort to restore relations between Turkey and Armenia is the first since 2009, when the parties signed protocols to establish diplomatic relations, only to suspend them six months later. Several factors led to the failure in 2009. Key among them was Baku’s opposition to establishing diplomatic ties and opening the border before Yerevan withdrew from the occupied territories. Another factor was the nationalist backlash against the protocols in Turkey. Finally, then-Prime Minister Recep Tayyip Erdoğan worried that, if the process succeeded, Turkey’s then-President Abdullah Gül — who led the normalization efforts — would score political points at his expense.

Circumstances are different this time around

The current initiative has a better chance at success. This time around, all opposition parties are in favor of repairing ties. Even Erdoğan’s hard-right allies in the Nationalist Action Party (MHP), who severely criticized the previous effort, seem to be on board. Azerbaijan’s recapturing of the seven districts around Nagorno-Karabakh and one-third of Nagorno-Karabakh itself in the latest war played a big role in the nationalists’ change of heart. The prospect of Turkey’s deeper cooperation with the Turkic republics through the transportation connectivity opportunities that normalization with Armenia would offer ensures the nationalists’ continued backing. They are particularly excited about the cease-fire agreement signed by Armenia, Azerbaijan, and Russia, following the latest Nagorno-Karabakh war in 2020, that seeks to connect Azerbaijan proper to its exclave, Nakhchivan, on Turkey’s border. They hope that such a corridor could help Ankara’s ongoing efforts to cultivate closer ties to the Turkic republics in Central Asia. Opening the Turkish-Armenian border would further boost these relations by enhancing trade between China, Central Asia, and Turkey.

Restoring ties with Armenia would also help Ankara improve its badly frayed relations with the West. Although Western countries have been sidelined in the post-Karabakh war arrangements, they would welcome the rebuilding of ties between Turkey and Armenia in the hopes that such a move would reduce Russia’s influence in the South Caucasus and decrease Armenia’s dependence on Iran. In a sign of Western support, President Joe Biden recently urged President Erdoğan to open the country’s borders with Armenia.

Repairing relations with Turkey would be beneficial for Armenia as well. The country has been isolated since Turkey and Azerbaijan closed their borders in the 1990s. It has been excluded from regional energy and transportation projects like the Baku-Tbilisi-Kars railway and has had to rely on lengthier trade routes, through Georgia and Iran, to reach world markets. The 2008 Russian invasion of Georgia, which disrupted the latter’s rail communication, underscored Armenia’s dependence on its northern neighbor. The delays in Armenian exports to Russia, which go through Georgian ports, did considerable damage to the country’s already struggling economy. More recently, the 2020 Nagorno-Karabakh war also showed that Armenia could not count on Russia, either.

Hemmed in on all sides by closed borders with its eastern and western neighbors — and dependent on Georgia, Iran, and Russia — Armenia desperately needs to open the border with Turkey. It would break Armenia’s isolation by offering a direct route to Black Sea ports and boost bilateral trade with Turkey. Armenian nationalists and opposition have been critical of the government’s efforts to normalize ties with Ankara, but given the economic challenges the country faces, their resistance is not as intense as it once was.

But there are still concerns in the region

Georgia is worried about the possibility of a reopened Armenia-Turkey border. Its closure over the past three decades has enabled Georgia to serve as a vital transit hub in the South Caucasus. If new transport connections are built, Tbilisi might lose that status. Another concern is a change in the status quo concerning the country’s relations with Armenia. Georgia hosts a sizable Armenian diaspora. For many years, due to its dependence on Georgia, Armenia pursued a cautious policy vis-à-vis the Armenian community there. Tbilisi worries that restored ties with Turkey would embolden Armenia to be more responsive to its community in Georgia. However, Yerevan is unlikely to dramatically change its Georgia policy. And, in the long run, it is in Georgia’s best interest for its southern neighbor to be less dependent on Russia.

Iran is equally concerned about what it has to lose from any potential new transport connections. Currently, Iran provides the only land bridge between Azerbaijan proper and its exclave of Nakhchivan, and a vital route for Turkish goods destined for Azerbaijan.

From Erdoğan’s perspective, both domestic and regional dynamics have aligned to make now the perfect time to restore ties with Turkey’s historic foe. Opening the border offers him economic, political, and geostrategic benefits. Baku seems to have softened its stance as well, with several Azeri officials expressing support for normalization efforts. Whether that support will endure is far from certain. Although the 2020 hostilities changed the dynamics on the ground in Azerbaijan’s favor and the cease-fire ended the fighting, troops still exchange fire and there are unresolved issues, including over Nagorno-Karabakh’s political status. The continued tension between Armenia and Azerbaijan poses a risk to Ankara’s normalization efforts.

Russia is another wild card. Russian officials expressed support for Turkey-Armenia normalization, yet Moscow has benefited greatly from the status quo. The Nagorno-Karabakh dispute has provided Moscow leverage over both Yerevan and Baku, and Armenia’s isolation has increased its reliance on Russia. These considerations translated into a Russian diplomacy that voiced support for 2009 Turkey-Armenia talks, but preferred them to continue ad infinitum without producing any tangible results. The post-Nagorno-Karabakh war dynamics provide Russia further incentive to maintain the status quo and keep Armenia-Azerbaijan relations tense. The Russian-brokered cease-fire following the latest war enabled a Russian military presence in Nagorno-Karabakh — and Russian President Vladimir Putin wants his peace-keeping troops to stay there. This new dynamic strengthens Russia’s ability to complicate any normalization effort.

The potential for Turkish-Armenian normalization has never been more promising, but it is also fragile. Russia’s and Azerbaijan’s calculations will determine whether this will be another failed attempt or a historic step that will benefit both countries.

Gönül Tol is the founding director of MEI’s Turkey Program and a senior fellow with the Frontier Europe Initiative. The views expressed in this piece are her own.

Photo by STRINGER/AFP via Getty Images