Gendered violence online: Cybersecurity for whom? 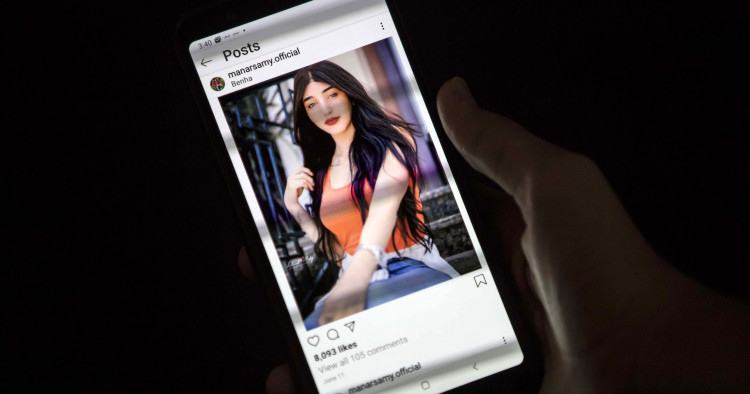 As is the case with other types of gendered violence, specific data about instances of cyber violence in the Middle East and North Africa (MENA) is rare, but some overwhelming trends emerge in the data currently available. Available data shows that cyber harassment has been experienced by around one-third of all young Palestinian women and around 13% of Moroccan women. Multiple forms of cyber abuse were reported, including “trolling” (repeated uses of targeted violent language or threats), hacking of accounts, “doxxing” (leaking of personal details such as addresses), and being sent explicit photos without consent. In Egypt, social media platforms were cited as the most common medium for cyber violence. In a study on cyber violence in the country, over 90% of female participants said that abusers were strangers, and around 40% of the cyber harassment received was in the form of unwanted explicit photos. Although more in-depth research and data collection is needed to help track and record instances of cyber violence online, these initial and limited reports are indicative of a larger trend that merits much closer attention.

Digital platforms exacerbate violence against women in three ways. First, social media networks can scale up the harassment. With in-person interactions, a single abuser is accurately perceived as one single person; on the internet, the same individual can create multiple accounts to harass the victim. Second, digital applications have design features that may facilitate cyber violence. Through Snapchat’s map feature, for example, abusers are able to track their victims in great detail. Third, the anonymity provided by social media platforms emboldens users to make abusive comments, and recent studies have shown that women with “highly visible” accounts in particular are disproportionately targeted. The more well-known or public a woman’s social media account, the more likely it is that she will become a target of online abuse. This suggests that the very design of these platforms – the encouragement of more engagement at all costs – can itself be a facilitator of violence when this engagement turns abusive.

Another design feature of these platforms as they have been used in MENA – that is, their use by government and other actors for targeted surveillance – also feeds into this trend of cyber violence against women. Digital platforms in the region have facilitated two main forms of surveillance that target women: first, surveillance by the state, and second, more insidious familial and social surveillance. In regard to the former, there have been multiple instances in which states have policed content created by women on digital platforms and even detained female creators. In 2020, a number of Egyptian women were arrested for “inciting debauchery”on TikTok: Menna Abdel Aziz, one of the TikTok creators arrested, was detained after speaking out about sexual assault on the platform. A similar case occurred in Saudi Arabia when authorities arrested a woman in 2017 after a video of her in a miniskirt became viral and calls for her arrest surfaced on Twitter. Smear campaigns against highly visible female journalists or politicians working on issues pertaining to the MENA region are also commonplace: these smear campaigns can be either organized by troll farms operating in the region, or may be carried out by disparate actors. In 2019, for example, Lebanese journalist Dima Sadek was attacked in an online hate campaign that used fake images to tarnish her reputation after she tweeted her support for anti-government protests; the hate campaign was so extreme that Sadek was driven to resign from her post at the Lebanese Broadcasting Corporation International (LBCI) network.

Abusive reactions, however, are not limited to state institutions. Digital platforms have also extended what is described as the “surveillance tower” – “the familial and social surveillance that monitors and intervenes in online activities, resulting in increased self-censorship.” According to the 2017 Women’s Aid survey, approximately half of all domestic violence survivors described experiencing some form of cyber harassment and abuse during their relationship and after it had ended. Because of their reach, digital platforms have exacerbated society’s control over the lives of women, often to devastating consequences. In 2019, 21-year-old Issra Ghrayeb was tragically murdered in an “honor killing” after relatives found a photo of her with her fiancé on Facebook. More research and advocacy is needed to understand and track instances of such abuse, as well as to hold platforms accountable for uses of their products

Despite such disturbing instances of harassment and abuse against women online, it is important to highlight how women have also used digital platforms to reclaim agency on issues that affect them. While the anonymity of Instagram, Twitter, and other online platforms has its pitfalls, it also provides women with a safer avenue for organizing both digitally and in-person. Moreover, women can use these platforms to raise awareness about violence by intimate partners without fear of backlash from either state or community actors. For example, the Instagram account “Assault Police” documents and shares stories of sexual assault and intimate partner violence in Egypt while providing a safe space for survivors to find community. “Catcalls of Bahrain” operates similarly in the Gulf state; “the Burning Bush” documents assault and harassment within the Coptic Church; and the Instagram the Egyptian online campaign “7emaya” promotes digital solutions to cyber violence against women. Additionally, Twitter has hosted social movements dedicated to raising awareness about women’s rights generally as well as violence against women specifically. In Palestine, these efforts were captured in hashtags such as #NotYourHabibti, #AnaKaman (“Me too”), and #Ismaani (“Listen to me”); in Morocco, community organizers used the hashtag #Masaktach (“I will not be silent”); and in Saudi Arabia, women used the hashtag #Break_Your_Silence_Speak_Up to share their experiences of harassment and abuse. Efforts to organize and create a space for female voices online demonstrate that digital platforms have the potential to empower women in MENA. This potential, however, will not be completely realized unless social media companies take more responsibility for preventing harassment, threats, intimidation, and the incitement of violence.

The United Nations Human Rights Council has cited cyber violence against women as one of the leading causes of the gender-based digital divide globally. To address cyber violence against women in MENA, the United Nations Economic and Social Commission for West Asia (UNESCWA) has called for the formation of investigative teams and reporting mechanisms that are specific to gender-based cybercrimes. The report states that this could be achieved through legislation, private-public sector cooperation, and educational awareness campaigns. State, industry, and community awareness on gender-based cybercrimes remains limited, though efforts to address the issue are increasing. Most recently in December 2020, Facebook collaborated with Egypt’s National Council for Women on an initiative to protect women from cyber harassment on Facebook. The campaign, titled “Women’s Safety Resources,” aims to raise awareness about the ways women could use the privacy settings on Facebook to protect their identities and report cyber violence.

Whether technology has a positive or negative impact largely depends on regulatory policies. If actors in the industry do not prioritize the safety of marginalized communities, technological platforms will likely be used to inflict harm upon those communities. Online grassroots advocacy efforts show, however, how digital platforms can be used in transformative ways. Governments and companies, therefore, should formulate policies that favor positive uses.

Mneera Abdullah recently graduated from Brown University with a degree in Computer Science. She supported the MEI Cyber Program as a research assistant. Eliza Campbell is the Co-Director of MEI's Cyber Program, and a researcher in technology and human rights at the Center for Contemporary Arab Studies at Georgetown University. The views expressed in this piece are their own.