Geo-technology trends to watch in MENA in the 2020s 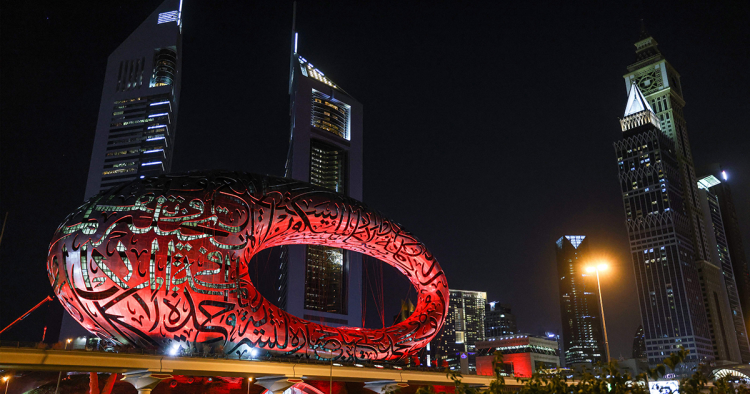 Ongoing conflicts in Syria, Libya, and Yemen are expected to continue to destabilize the Middle East and North Africa (MENA) in 2021. However, technology will likely add another layer of complexity to these conflicts and reshape the region throughout the 2020s. When the Arab Spring began a decade ago, the biggest challenge facing long-standing Arab autocrats was grappling with the power of social media and the rise of online political opposition by tech-savvy millennial activists. In the 2020s, however, regional governments are now facing a new set of emerging technologies that will shape not only domestic politics but also regional geopolitical dynamics. These advancing technologies include: drone, cyber, and space technologies.

The age of drones

Drones are not new to the Middle East, as many regional nations have had access to unmanned aerial vehicle (UAV) technology since the 1980s. Israel, for example, began building its own drone capabilities in the 1970s with support from the United States. When Egypt transitioned from the Soviet-led pact to the U.S.-led one, Washington provided Cairo with its state-of-the-art stealth drone, “Scarab.”

However, drones were not central to Middle East conflicts in the 1990s or 2000s. The situation changed entirely in the 2010s as the Arab Spring revolutions in Libya, Syria, and Yemen turned into civil wars, and later, proxy wars between international and regional rivals.

Turkey is a prime example of a country that has employed low-cost UAVs to its advantage without the traditional usage of conventional forces. Despite its ongoing financial problems, Ankara continued its expansionist foreign policy in the region, empowered in large part by its domestically produced, low-cost UAV fleet. In Libya, Syria, and Azerbaijan, Turkey mastered air warfare operations by operating its flagships UAVs, Bayraktar TB2 and TAI Anka-S, in conjunction with the KORAL long-range electronic warfare systems (EWS), to render air defense systems, like the Russian Pantsir, ineffective, enabling the drones to gain air superiority, as seen most dramatically in Libya and Syria.

Increasingly, regional powers have been capitalizing on drone technology. Military strategies will not be confined to acquiring state-of-the-art, foreign-made UAVs, but rather building locally-produced UAVs fleets, with interested countries ranging from Egypt to Saudi Arabia and the UAE. In his conversation with the Middle East Institute on Feb. 8, 2021, Gen. Kenneth McKenzie, commander of the United States Central Command, warned about the proliferation of low-cost unmanned aerial systems (UASs) by both state and non-state actors.

The proliferation of cyber warfare

The MENA region is witnessing a mass proliferation of cyber warfare. The UAE’s cyber czar, Mohamed al-Kuwaiti, has said that the Middle East faces a "cyber pandemic." Cyberspace has become the preferred battlefield in the region as it provides state and non-state actors with an alternative to conventional warfare with plausible deniability and fewer military or civilian casualties. Ultimately, as there are currently no international legal norms governing the use of cyber warfare, it can be a method of engagement that allows countries to avoid widespread criticism and potential sanctions. Cyber warfare is a pillar of Iran's asymmetric warfare doctrine against foes in the Gulf and the Levant. In 2012, after learning from the U.S.-Israel-developed malware "Stuxnet," Iran developed its own home-grown malware, named "Shamoon." This malware was then later used against Saudi Aramco, rendering over 30,000 devices unusable. Similarly, in 2017, Iran successfully hacked the Saudi National Industrialization Company and Sadara Chemical Company, wiping data from both.

Iran's cyber warfare keeps its rivals (mainly Saudi Arabia and the UAE) on edge, prompting them to build up their own defensive cyber capabilities to counter it in cyberspace. With civil wars and political turmoil plaguing the MENA region, non-state actors are becoming another big player in the cyber weapons race, mainly Hamas and Hezbollah.

Cyber-sovereignty is the new norm

The Arab Spring made clear the importance of digital platforms as a tool for organizing protests. As a result, MENA governments have become cognizant of the importance of data localization and data sovereignty and began issuing laws mandating international and local companies to house their data locally and grant local authorities access to users' data. Recently, MENA governments appear to be eschewing the U.S.’s laissez-faire approach to data privacy. They have increasingly come to favor the European Union’s General Data Protection Regulation (GDPR) model as the region enacts a new spate of regulations surrounding the treatment of consumer data.

For instance, Egypt approved the Personal Data Protection Law No. 151 in February 2020 to prohibit the transfer of personal data to recipients located outside Egypt except with the permission of the Egyptian Data Protection Center. In Saudi Arabia, the National Cybersecurity Authority (NCA) released a draft document for cloud cybersecurity controls (CCC), which sets the minimum requirements for cybersecurity of cloud computing for both cloud service providers (CSPs) and cloud service tenants (CSTs). As part of the Telecommunications Regulatory Authority’s National Cybersecurity Strategy, the UAE is set to launch a GDPR-based national data law with a federal data protection law expected to drop within the coming months. The free zones of the Dubai International Financial Center and Abu Dhabi Global Market have already implemented data protection laws similar to the GDPR. And, in November 2016, Qatar issued Law No. 13 of 2016 on “Protecting Personal Data.” Separately, the Qatar Financial Center has its data protection regulation, QFC Regulation No. 6 of 2005, which is modeled after the European Union’s pre-GDPR directive.

Given the current balkanization of the internet, the ongoing tech decoupling, and deep regional skepticism of tech platforms, governments in the MENA region are expected to maintain their cyber-sovereignty approach to data. Most likely, they will continue to look into more creative ways to protect and monetize their citizens’ data.

The US response to China’s tech expansionism in MENA

Beijing recognizes the United States is unquestionably the main military power in the Middle East and that the U.S. maintains a decades-old network of allies in the region. However, China is making inroads using its tech diplomacy to bring more countries into its expanding tech sphere. This will ultimately influence regional geopolitics without the need for a traditional military footprint. China’s tech diplomacy is centered on MENA nations’ interest in new technologies, such as 5G networks, cloud data platforms, and electric vehicles. China hopes to support these efforts without the high costs that may be associated with these technologies — a difficult combination that Beijing is pioneering and providing to nation-states around the world.

From the Gulf to North Africa, Huawei is China’s main diplomatic and geostrategic toolkit in the region. The Chinese telecoms company is helping Saudi Arabia, the UAE, Qatar, Egypt, and Morocco build their own 5G networks. Under President Donald Trump, the U.S. pressured Israel to exclude Huawei from its 5G network and exerted similar pressures on Egypt to follow suit, although Cairo showed some resistance. Despite the change in tone and rhetoric from its predecessor, the Biden administration will also prioritize great power competition with China. The new administration may negotiate with Washington's regional allies to dissuade the Gulf Cooperation Council and Egypt from allowing Huawei into their 5G networks.

The most unexpected geo-tech trend in this decade will be the space race between the MENA nations. Historically, the race to the stars was seen more as a matter of pride rather than one of real strategic value. This vision has changed fundamentally in the last two years, however, with the increasing importance of space as a domain for nations to project their power, capabilities, and hegemonic aspirations.

The UAE made headlines with the successful launch of its Mars Mission Hope Probe in 2020, and its successful entry into Mars orbit in February 2021, making the UAE the fifth nation to successfully send a spacecraft to Mars. This follows its ambitious aim to build the first city on Mars by 2117, positioning the Gulf nation as an up-and-coming space power, both regionally and globally. Egypt is also reinvesting massively in its space program. In 2019, Egypt launched Tiba-1, its first communications satellite, with hopes to launch another communications satellite in 2022 in partnership with SpaceX. The country further plans on building two satellites with China and Germany. Egypt’s space aspirations have global repercussions: Cairo successfully won the bid to host the African Union’s Space Agency and has aspirations to send its first astronaut to the International Space Station by the early 2020s. Despite the “maximum pressure” campaign, Iran, too, is building its own space program in close cooperation with Russia and China; the program will focus mainly on space reconnaissance capabilities and testing military rockets. On Feb. 9, Turkish President Recep Tayyip Erdoğan announced Ankara plans to land on the moon by 2023, the 100th anniversary of the Republic of Turkey, and stated that Turkey “aims to build a spaceport with international cooperation” and ultimately compete in the field of next-generation satellite development.

In the 2020s, the space race will include both old and new regional powers. Egypt, Israel, and Turkey have already begun, while the UAE and Saudi Arabia have only recently started investing in their space infrastructure. These nations will compete to exert their power in space as a reflection of their strategic stature in the region.

While energy resources in the form of oil and gas have shaped the geopolitics of the MENA region over the past five decades, technology will have an even greater impact on regional dynamics in the years ahead. In addition to the current proxy wars, in the 2020s nations will compete in space and cyberspace, fight with drones and cyber weapons, and aim to exert state sovereignty over their citizens' data — ushering in a whole new reality for the region.