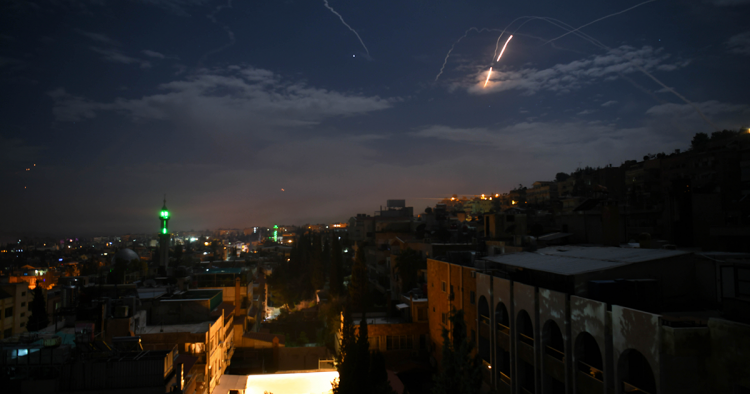 In recent years, Israel has waged a campaign against the military buildup of its enemies, mainly Iran, Syria, and Hezbollah. This ongoing effort is called "the campaign between the wars,” or the Mabam Campaign.

Several events in recent weeks have given rise to questions about the effectiveness of this campaign, however, and have underscored the need to rethink its future. Among these is an interview with Maj. Gen. Tal Kalman, who admitted that despite Israel's efforts, Iran has succeeded in building strategic capabilities in Syria, including the placement of accurate missiles. This could enable Iran to use Syrian territory to open a second front in the event of a future military confrontation between Israel and Hezbollah. In addition, Israel has not attacked tankers transporting Iranian oil to Lebanon, a fact which has been noted by senior Hezbollah officials, who believe that Israel is unwilling or unable to meet the cost of a future war with Lebanon. Another development is connected to Russian statements about the recent success of their efforts to intercept Israeli missiles en route to targets in Syria using anti-aircraft and surface-to-air missile (SAM) systems. While Russia supports Israel’s efforts to limit Iranian involvement in the country, repeated Israeli airstrikes have created the impression that Russia’s air defense systems are incapable of protecting Syria.

There are a number of factors contributing to the increasing complexity of the operational and political risks of carrying out military attacks, including:

These and other challenges illustrate that despite Israel’s relative success in delaying the buildup ofHezbollah, at the end of the day, Iran and its ally in Lebanon have built strategic capabilities in Syria and Lebanon (including precision-guided missiles). Moreover, the delay in the military buildup was not accompanied by any political or strategic move to exploit it. At present, Hezbollah and Iran are taking full advantage of the challenges facing Israel, and the Iranian military buildup is at its peak, including in Syria, Lebanon, Iraq, and Yemen.

As Israel’s campaign, in its current form, is failing to stop the Iranian buildup and may even embroil it in a conflict on its northern border that could cause an unprecedented crisis with Moscow, it should consider adopting a different policy moving forward.

What can Israel do differently?

There are clear limits to what Israel can accomplish through military action alone. It should instead adopt a broader approach that includes other policy actions.

It is important to note that stepping up Israeli operations in Syria to thwart Iranian or Syrian activities may destabilize the situation on the northern border to the point that it could lead to war with Hezbollah or Iran.

In the final analysis, the campaign between the wars seems to have reached an impasse. Israeli operations can delay Iranian entrenchment in Syria, but they cannot prevent it, so it is time to return to the drawing board to develop a more effective strategy that addresses the military and political complexities of the situation.

Danny (Dennis) Citrinowicz is a senior fellow at the Institute of Policy and Strategy (IPS) at Reichman University. Danny previously served as the head of the Iran branch in the Research and Analysis Division (RAD) in the Israeli defense intelligence and as the division's representative in the United States. The views expressed in this piece are his own.