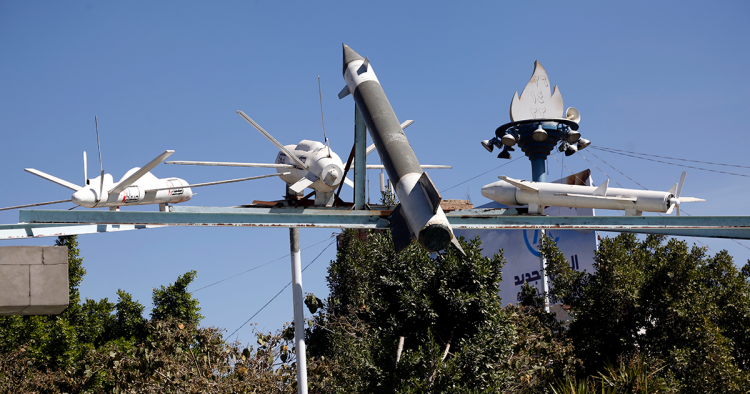 On Nov. 21, the Iranian-backed Houthi militia launched a drone attack against the Dhabba Oil Terminal in Yemen’s Hadramawt Governorate. This was the second attack they had launched against this particular facility and the third such strike on Yemeni oil ports in the past two months. The escalation comes after the expiration of Yemen’s truce in early October, which the Houthis refused to renew. The threat of further attacks on oil ports and military targets remains high as the militant group tests the tolerance and response of Yemen’s government and the international community while increasing its demands.

The Houthis’ rejection of the truce with the Yemeni government was based on three fundamental factors. The first is the rebels’ inability to fulfill their obligations under the agreement to lift the siege on Taiz because their control over the city keeps pressure on their opponents and gives them increased leverage in any peace negotiations. The second is a lack of interest in the peace process itself as the current status quo gives the Houthis access to Yemeni resources without committing to a power-sharing agreement that could threaten their monopoly over the war-torn country’s northern territory. The third is a desire to return to violence as swiftly as possible because this tactic had proven to give them the upper hand in negotiations in the past. Within 48 hours of the truce’s expiration, the Houthis’ military spokesperson warned Saudi and Emirati oil workers to leave the country while the militant group prepared its attack.

To make good on their threats, the Houthis imposed an embargo on oil exports by attacking Yemeni ports. This was a part of a broader operation to pressure the national government to share extractive resources in areas Houthi forces do not control. The attack also reminded the Gulf countries, which had shown a willingness to engage in the peace process, that the Houthis can stage drone attacks on vulnerable targets without any risk of retaliation. While the drone strike on Dhabba did not cause significant physical damage to the oil terminal’s infrastructure, it did force a tanker to leave the port without taking on its shipment of oil exports from government-controlled territory.

The Houthis demand that the Yemeni government pay the salaries of civil servants in Houthi-controlled areas, including their militia members who are fighting the coalition. This unreasonable request echoes the Houthi movement’s behavior in other matters and reflects its view that it is entitled to state resources. However, given that most of the oil exported from Yemen’s southern terminals is pumped out of fields in the southern part of the country, the Houthis’ attacks could reignite historical grievances over the distribution of resources. This could stoke further conflict between the North and the South — particularly given the preexisting general perception by southerners that their resources are already being looted by northern elites.

At the same time, the Houthis hold themselves above accountability for the financial and natural resources in the areas they do control. They collect millions of dollars off the revenues generated by Hodeida port, on the Red Sea. They also held the decaying SAFER oil tanker in the Red Sea hostage, not allowing United Nations officials to inspect it, as a form of leverage to strengthen their negotiating position. Recently, the U.N. reached an agreement with the Houthis to transfer the oil to another tanker to avoid an imminent crisis; but it is still unclear how the issue of sharing the resources from this tanker is going to be resolved.

The Houthis control significant commercial resources under monopoly conditions, which allows them to collect national revenues from land, electricity, water, and internet utilities, businesses, and telecommunications companies located in territory under their control. These revenue streams are diverted to fund the Houthis’ war effort, depriving the rest of the population of critical services, including health and education. As a result, areas under Houthi control must rely on humanitarian aid to fulfill normal state functions. The Houthis’ focus on oil and natural gas resources is motivated by a desire to finance their power and capabilities in an increasingly monitored space, especially while their traditional foreign financier, Iran, grapples with domestic unrest.

The United States and European countries condemned the Houthis’ latest terrorist drone attack, urging the militant group to respect its obligations under international law. The Houthi-controlled news channel Al-Maseera TV ridiculed the international community’s position by responding, “The noise made by the Western countries and their ambassadors after the operation will not change anything.” A senior Houthi member of the national negotiating delegation, Abdul-Malik al-Ajri, asserted, “Western statements about the operations of [the Houthi militia] lack any political value,” adding that, “the time in which the West defines their red lines in the region and the world has long gone.”

Unfortunately, the Houthi leadership interprets any other actor’s efforts toward peace as indicative of an aversion to military confrontation. And this view is reinforced by the fact that the Houthis are, time and again, able to launch unprovoked attacks without suffering any reprisals, military or otherwise, due to an overwhelming international commitment toward peace that focuses on restraining Saudi actions in Yemen. Moreover, as the Houthis observe the world’s largely tepid response toward Iran for supplying combat drones to Russia in its conflict with Ukraine, the Yemeni rebel group increasingly assumes that no international policies or mechanisms can stop or limit their own use of offensive drone technology.

As such, the Houthis’ adversaries are at a disadvantage — unable to confront, limit, or influence the militants’ behavior in the Yemeni war. Drones and ballistic missiles present a risk-free opportunity for escalation, and the Houthis see this as one of their greatest achievements in deterrence. Illustratively, the Houthis republished an article by a Jewish cultural magazine on their TV station website that examined the limitations of conventional warfare in response to the group’s Iranian-supplied drones. The article’s suggestive title, “Overmatch,” was creatively interpreted by the Houthis as a wider testament to their own power that allegedly cannot be deterred. It has become increasingly frustrating for many Yemenis that the Houthi militia is free to impose its political and military will on much of the country, while the international community has no effective response.

The United Nations’ special envoy to Yemen, Hans Grundberg, referred to the impacts of the Houthi attacks on Yemen’s economy in his briefing to the U.N. Security Council on Nov. 24. However, even though the U.N. recognizes the Houthis’ intransigence, much more could be done to pressure them into abandoning their maximalist demands. The first is to ensure that Yemen’s national resources are used for economic development and humanitarian needs instead of diverting them toward war. Oil and gas resources are not a commodity that should be divided between political elites. The benefits derived from these and other valuable national resources should be distributed fairly and equitably among Yemen’s people, with the government accountable for their use and the citizenry part of the conversation on their disbursement. Militias must not be allowed to play a role in this process. Second, the U.N. needs to ensure that the Houthis’ ability to launch stand-off strikes — whether by missile or drone — is not left unchecked. A decisive response by the U.N. Security Council is needed as the Houthis’ past use of such destabilizing tactics to advance their negotiation aims has repeatedly derailed the peace process.

What can be done?

Given the international community’s aversion to military intervention in the Yemeni conflict and the overall push to achieve peace, the Houthis calculate that a resumption in attacks can serve as the primary means to implement their demands. For the international community, understanding that this tactic is not likely to stop requires formulating a more robust deterrence strategy.

At the same time, policymakers must pay attention to the interconnections between Yemen’s conflict on the one hand and its many preexisting as well as emergent issues on the other, which include a secessionist drive fueled by public service neglect in the South along with discrepancies in humanitarian assistance by the international community that pays more attention to Houthi-controlled areas than the rest of Yemen. The Houthis’ daring claims to lands they had never governed in the past nor have any legal or historical rights to could easily stoke a renewed national conflict between Yemen’s North and South. A scenario in which Yemen’s government acquiesces to pressure to pay the Houthis will enable the militia to further forsake its responsibilities on the humanitarian front and reinforce the perception that the South is neglected, thus igniting a new and even more intense civil war in a country already exhausted by nearly a decade of conflict and violence.

Fatima Abo Alasrar is a Non-Resident Scholar at the Middle East Institute and a Senior Analyst with the Washington Center for Yemeni Studies.