The Impact of War on the People of the Middle East 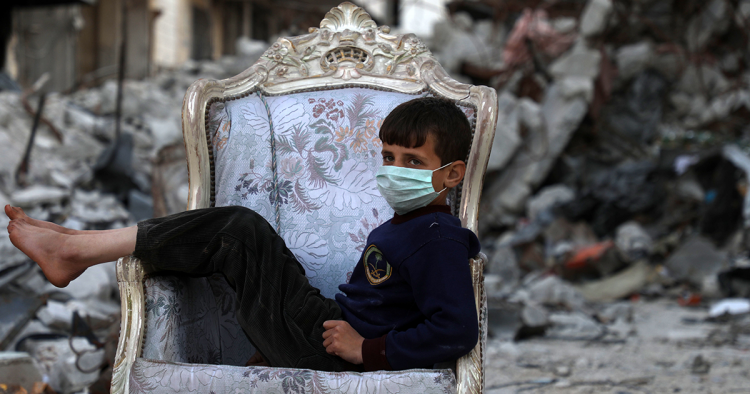 This article is part of the publication Thinking MENA Futures, produced in conjunction with MEI's Strategic Foresight Initiative and the MEI Futures Forum. Read the other articles in the series here

"The best thing in war is its end." The sad fact in the Middle East is that this end has not yet come — and there is no clear end on the horizon.

War affects all aspects of people's lives. It affects their daily life, their ability to secure their basic needs, and their ability to find suitable employment according to their skills and knowledge. War destroys social and family links, and ruptures the connections between different subgroups that form the fabric of society. However, the most serious danger war poses is that it changes people's perspectives about life: A man who was affected by war views the world in a negative light and doubts the possibility of justice in it. The meaning of life seems void and values and ethics become blurred.

"Middle Eastern people now have new types of psychological trauma that not only persist in their memories, but are also recorded by continuously advancing technological media."

For people in the Middle East, war is the norm. No one in the region has witnessed a life without war. Maybe it is the curse of the Middle East’s geopolitical importance. Yet, there is still always something new. Years ago, there were somewhat clear lines between which parties were involved in a war or conflict, and people tended to have a clear vision around which group they belonged to, who their opponent was, and where the neutral zone lay. More recently, however, we no longer even have that simple privilege of clear vision. The maps of "friends and enemies" are so chaotic that people are not able to even take stands on issues, and when they do, they find themselves against those who were, just a short time ago, considered friends.

The explosion of communications and social media is another factor compounding the impact of war. The perpetrators are not ashamed of recording their crimes, which can easily go viral around the world. Sometimes you can even see the crimes live! This is an unprecedented development in human life. It is changing our view about the world, humanity, and even the definition of simple terms like "trauma." Middle Eastern people now have new types of psychological trauma that not only persist in their memories, but are also recorded by continuously advancing technological media.

So the question is: What must and can we do to lessen the effects of the war, if not stop it?

There is always room for interventions to help individuals and communities suffering from war. I can briefly summarize my suggestions in a few points:

Of course the above-mentioned suggestions will face challenges in application: the international community’s divisions, the involvement of big countries in supporting some oppressive and corrupt governments that induce revolutions and fuel wars, and the double standards on the international level. On top of that, there is the difference in values that is being denied by promoting "humanitarian values," which are not neutral values. They are being imposed as if they are "general human values." All of these are factors contributing to the war and its social and human consequences in the Middle East, and there are and will be barriers in the way of efforts to change the reality and situation of Middle Eastern people. But we still need to try! And I hope that this piece, from a refugee who has had a unique experience and has played sometimes conflicting roles during the last 10 years, might contribute to these efforts.

Mohammad Abo-Hilal, MD, is a clinical psychiatrist and the founder of Syria Bright Future, an NGO that helps Syrian refugees, particularly children, dealing with trauma.