The impact of the war in Ukraine on Russian-Turkish relations and Black Sea security: Three potential scenarios 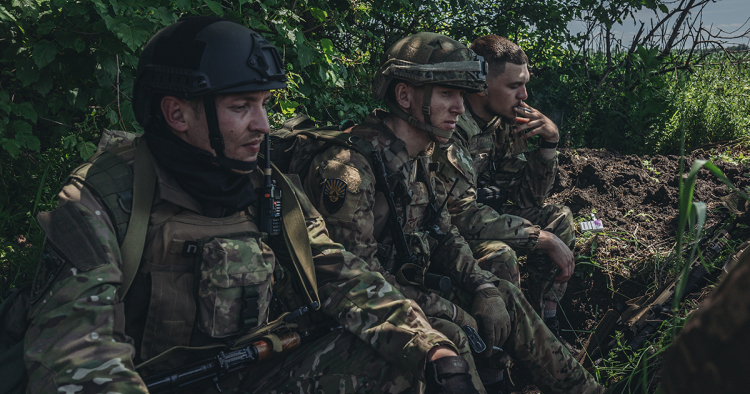 Russian-Turkish relations are in large part based on the personal chemistry, affinity, and trust between Presidents Vladimir Putin and Recep Tayyip Erdoğan. Russia’s invasion of Ukraine has put these personal ties to the test. While President Erdoğan also maintains a close working relationship with Ukrainian President Volodymyr Zelenskyy and Turkish-Ukrainian military ties are strong, it has become clear that Erdoğan is not willing to sacrifice relations with Putin for Zelenskyy’s sake. Moreover, Erdoğan’s efforts to mediate between the two leaders have been either rebuffed or ignored by Putin. As Russia’s war in Ukraine continues, where things go from here is far from certain, but it is worth considering the range of possibilities. The three scenarios presented below highlight the potential challenges and opportunities that Putin, Erdoğan, and, to a lesser degree, Zelenskyy may face depending on how the conflict plays out, as well as what is at stake for other countries in the Black Sea region.

Scenario one: Russia wins the war

In the first scenario, having won the war in Ukraine, a belligerent Russia demands free movement of its naval ships via the Bosphorus and the Dardanelles. In addition, Putin calls for Turkey to maintain strict neutrality in the event of a Russian military operation in the Black Sea against Bulgaria, Georgia, or Romania. Newly emboldened, Moscow may even go so far as to push Ankara to share its recently discovered Black Sea natural gas resources, which Turkey aspires to develop and use for domestic consumption. Were all of this to happen, Turkey would become more dependent on Russia. However, in such a scenario, Moscow’s growing isolation might also create new opportunities for Ankara to advance its interests in the region.

As a NATO member, Turkey will not benefit from an emboldened and aggressive Russia in the Black Sea and the eastern Mediterranean. Even though Russian actions will destabilize the wider region, they will not push Turkey back into the NATO fold given the estrangement between Turkey and the Alliance following the failed coup attempt in July 2016. Erdoğan has not forgotten that supporters of the Fethullah Gülen movement found shelter in NATO countries and despite requests to hand them over, none of the countries agreed to do so. Turkey continues to crack down on dissidents and political opponents at home, and the recent case of Osman Kavala, a civil rights activist and philanthropist sentenced by a Turkish court to life in prison without parole, has not improved relations between Turkey, the EU, and the U.S.

Under this scenario, the economic situation in Turkey continues to worsen and all the promises made by Erdoğan and his government about improving the economy remain unfulfilled. Although Russia is unable to provide immediate financial support to Turkey given the impact of economic sanctions imposed by the EU, the U.S., Canada, and other like-minded countries, it nevertheless sends its tourists and opens its markets further to Turkish companies, including in the construction business, helping at least in part to alleviate Erdoğan’s economic woes.

In addition to the sweeteners of increased trade and tourism, Russia and Turkey also sign a contract for the delivery of a second batch of S-400 missile defense systems, including certain and unspecified details related to the transfer of technology to Turkey. Further, Russia is ready to offer a discount on gas for Turkey. Through these measures, Russia aims to further divide Turkey from the rest of NATO while Putin tries to maintain cordial relations with Erdoğan and may even offer the Turkish leader a joint sphere of influence in the South Caucasus. The “3+3” initiative and pressure on Georgia to acquiesce to the scheme offered by Turkey and Russia kill any hopes of Georgia joining the Euro-Atlantic structures.

Finally, in the event of a Russian victory in the conflict, Turkey-Ukraine military ties are likely to be reduced to zero and Turkey’s sales of weapon systems to Ukraine will come to a full stop.

A Russian loss in Ukraine would have wide-ranging consequences. As happened with the dissolution of the former Soviet Union, a military defeat could even lead to the collapse of the Russian Federation. It would likely result in seismic changes across the Eurasian continent, affecting the broader balance of power while removing or reducing the military threat to countries like Georgia, Moldova, Bulgaria, and Romania. However, such a defeat is far from a foregone conclusion because President Putin and his government will strive to avoid it by all possible means, including a full-scale military mobilization. The resulting several-year-long war of attrition is likely to have severe consequences both militarily and economically, and diplomacy is unlikely to work since Putin has a deep disdain for diplomatic negotiations.

What is clear is that Russia’s defeat in the war would strengthen Turkey’s strategic position in the Black Sea and the South Caucasus. This was and still is a goal for President Erdoğan, who strives to expand Ankara’s influence in the former Soviet Turkic republics. Nevertheless, it needs to be emphasized that the leaders of such states, even ones with close ties with Turkey, like Azerbaijan’s President Ilham Aliyev, are likely to resist Ankara’s efforts if it oversteps.

What is also clear is that under scenario two, Turkey-Ukraine military ties will expand and continue to flourish.

Finally, under such a scenario, Turkey’s economy is unlikely to emerge from the doldrums despite President Erdoğan’s efforts to improve relations with the wealthy Gulf states and their subsequent financial support to bolster Turkey’s economy. As long as President Erdoğan pursues his unorthodox economic policy and does not listen to the advice of economists, foreign investors are likely to stay away while the Turkish population continues to bear the burden of growing debt and rising inflation. Nevertheless, Russian-Turkish trade and economic ties are likely to continue as before in this scenario and Russia will move forward with its construction of the Akkuyu Nuclear Power Plant in Turkey.

Under the third and final scenario, we will see another so-called frozen conflict emerge in the heart of Europe with each side bidding for time to weaken the other and seize the opportunity to come through strengthened. Turkey continues to bleed economically, its diplomacy is side-lined, and it experiences domestic political turmoil. In other words, there is no silver lining for Russia, Ukraine, and Turkey on the horizon.

Scenario three, despite certain disadvantages for Russia, is also a well-known pathway for President Putin and his administration. They maintain such a situation in Abkhazia, the remnants of Nagorno-Karabakh, South Ossetia, and Transnistria, and know how to handle it without giving in to pressure from the international community.

This scenario is undoubtedly the worst one for Ukraine given that the West is already growing exhausted and its resilience is waning even though it continues to provide economic and military assistance. Putin will likely say that Russia won the Great Patriotic War despite the massive human toll and immense economic costs and became a great power on the international stage; therefore, the sacrifices and the ultimate cost of victory are justified and Russia will eventually prevail.

A stalemate will also mean that Russia will remain a threat to the countries around the Black Sea, and thus the Bulgarian and Romanian governments must remain vigilant and boost their defense spending.

Russian-Turkish relations are based on a mutual understanding that an equilibrium should be maintained at all cost. Scenario one highlights the carrots that Putin is ready to offer Erdoğan in the case that Russia wins the war against Ukraine. It also shows that Turkey continues to drift away from the Alliance because Erdoğan is not ready to change his domestic policy. Scenario two holds some advantages for Turkey, but such advantages are predicated on unrealistic expectations in Ankara. Scenario three underlines the uncertainties ahead and the inability of the international community to force Russia to give in. Such an outcome would make things worse for Turkey and Ukraine, in particular, and also continue to pose a threat to Bulgaria and Romania, in general.

Eugene Kogan is a defense and security expert based in Tbilisi, Georgia. The views expressed here are his own.

Turkey: A new emerging gas player with resources and infrastructure