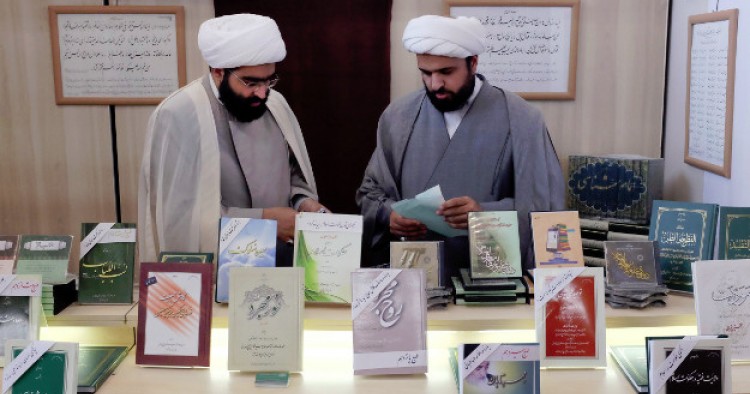 Seyyed Mohammad Reza Darbandi, the vice president for the international affairs of the Sa’adi Foundation, says his organization sent more than 10,000 books written by post-revolution Iranian authors to foreign countries in the last Iranian calendar year. The books consisted of 85 different subjects, including “re-written” works of ancient Iranian authors and poets. He said the aim of the project is to promote Persian language and Iranian culture across the world. He further noted that most Persian books in educational centers across the world are written before the 1979 Islamic revolution; thus, his foundation aims to promote the works of post-revolution authors among foreigners interested in Iranian culture and Persian language.

Comment: On the surface, the Saadi Foundation’s goal is to promote Iranian culture and Persian language in foreign countries. But the organization in reality is part of an extensive government-led network that advances the Islamic Republic’s revolutionary, ideological and political agenda in the region and across the world. It has offices in many countries in the Middle East, Central Asia, Eastern Europe, South Asia and Latin America – including in Afghanistan, Syria and Pakistan.

The foundation is led by Gholamali Haddad-Adel, a hardline Iranian politician and a former speaker of parliament. He has a close relationship with both Supreme Leader Ali Khamenei and the Islamic Revolution Guards Corps (I.R.G.C.), and harbors strong anti-American views.

In Adel's words, the foundation believes that “language is an inextricable element of diplomacy” and advances Iran’s interests abroad. In Afghanistan, for example, the Sa’adi Foundation runs programs that aim to not only promote Persian language but also undermine Western culture and languages. “America is trying to change Afghanistan’s language,” he said earlier this month, urging his foundation to increase the scope of its work in the neighboring country.

Afghan officials have repeatedly complained that the Iranian government sends thousands of books that threaten to undermine Afghanistan’s Sunni-Shiite harmony. In the past, Afghan customs officials have seized and destroyed hundreds of books shipped from Iran into Nimroz because they “seriously insult a number of companions of the Prophet Muhammad and the Sunni faith, including the wife of the Prophet Muhammad, Bibi Aisha.” Nimroz officials said “the books were provoking, defamatory and would create religious conflict.” One Afghan official argued that the books were “more dangerous than Taliban bullets.”

The name of the foundation is also misleading. Sa’adi Shirazi is an internationally renowned 13th century Iranian poet and literary figure. But the official website of the foundation admits that the organization “does not have a particular duty” to promote “Sa’adi scholarship.”