Iraqi Narrative of U.S. Invasion Struggles to Be Heard 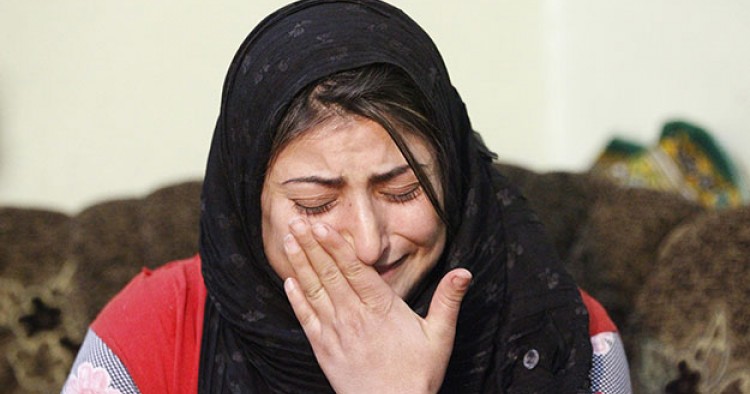 A new American opera called Fallujah debuted this spring, bringing attention to post-traumatic stress disorders suffered by U.S. marines who fought in Iraq. The opera joins a list of American artworks that have explored the impact of the Iraq war on American lives. The big elephant in the room, however, are the Iraqi victims of the war and the deafening silence in U.S. discourse on the horrific consequences the war brought on them.

With one in five Iraqis now suffering from mental health issues, half a million dead, and four million displaced, one eagerly awaits a new libretto where Iraqi suffering is not merely an anecdotal appendage to the adventures of an all-American protagonist, but an actual issue.

While equating the suffering of the occupied and the occupier is disingenuous at best, and imperial apologism at worst, in Iraq the ratio of Iraqi to American deaths dwarfs the already disproportionate stats in the Israeli-Palestinian conflict to the point of absurdity. Calling attention to PTSD in soldiers is all well and good, but morally bankrupt if not accompanied by equal concern for their victims.

While the American experience of Iraq is well represented in mainstream media, the same cannot be said about the Iraqi experience of Americans, where the lives of millions have been shattered as a result of the invasion. Western media lacks films, operas, and plays exploring that reality. The closest Hollywood ever came was perhaps George Clooney’s Three Kings.

The vacuum of Iraqi narratives in popular culture, says London-based Iraqi playwright and screenwriter Hassan Abdulrazzak, does not exist because no one is writing about the Iraqi experience.

Indeed, playwright and actor Dina Mousawi, whose 2012 play Return documented her Baghdad childhood during the Iran-Iraq War, as well as her post-invasion visit, still works between London and Beirut doing theater workshops with refugees. Actor Tara Jaffar does regular therapeutic theater workshops in London, where Iraqis of all backgrounds can transform their stories of trauma into dramatic transcendence.

Iraqi-American Sinan Antoon’s award winning novel The Corpse Washer, which he wrote in Arabic and translated himself into English, is a powerful story of post-invasion Iraq. In it, a young man who dreams of becoming an artist is forced, instead, to enter the family corpse washing business, which booms after 2003. In terms of mainstream film and media, the Iraqi narrative still faces an “uphill battle,” says Abdulrazzak. His own story is illustrative of challenges faced by Iraqi artists.

His first play, Baghdad Wedding, about a bisexual, cosmopolitan young Iraqi who leaves his London life to attend a post-invasion wedding in Baghdad—only to be kidnapped by an extremist—was a hit at the Soho Theatre in 2006. When Focus Features contacted him about a screenplay in 2007, it was an exciting moment. Working for three years on a screenplay with Nick Drake, hopes were high when it was listed on the Brit List for U.K. film insiders. Yet, when the economic collapse of 2008 turned attention from faraway war zones, the project was dropped.

“With so many films made about the U.S. soldier’s experience of Iraq,” notes Abdulrazzak, “my film would have presented Iraq characters with humor and nuance and humanity—not just one dimensional  ‘terrorists’ or victims.”

While Abdulrazzak acknowledges the vagaries of show business, he feels there is more at play. “The work of Iraqi filmmakers and writers is not getting the attention it should in the West—considering the extent of the tragedy and the amount of blood on Western hands.” When it comes to Iraq, he says, “people don’t want to look at the West’s complicity. They want to ‘move on.’” Not giving a platform to Iraqi artists, he notes, “is a symptom of that selective amnesia.”

Every time America goes to war, he notes, “filmmakers rush out to make the same, almost identical film, from the soldier’s point of view. Some may be good or bad, or have PTSD, but the films are always from their perspective.”

“The film scripts, and plays, and librettos are there,” asserts Abdulrazzak. “It’s a question of whether the gatekeepers will let them in.”

“When films like Green Zone were being cast,” says Mousawi, “they wanted Iraqi actors. I was called in to audition but told - 'it's great that we've met an Iraqi actor but the problem is, there's no part for you. Do you know of any male Iraqi actors?'”

When 2011’s The Devil’s Double (a film about Saddam’s double) was being cast, there were two lead roles for young Iraqi women. Mousawi applied, but “they didn’t want to see me.” She took it philosophically until she later discovered that the roles had been given to non-Arab actors. “One was a red head who dyed her hair black for the part,” she recalls.

A 2015 production of Anthony Horowitz’s Dinner with Saddam, she notes, cast not a single Iraqi. Steven Berkoff played the lead and other roles were given to Anglo-Indian and English actors. “Could you make a film abut civil rights in the South without casting black actors?” Mousawi asks.

Tired of casting calls for “terrorists” and a lack of scripts about, “everyday life, women and artists” with a more nuanced approach, Mousawi decided to create her own piece of theater. In 2010, Mousawi bought a video camera and went to Iraq to interview women, as well as refugees in Jordan. Working with a team of young female collaborators from 3 Fates theater company, she produced Return. Before long, she had a hit on her hands with a string of sold out performances, critical acclaim and a 2013 tour to Jordan. But it was a different story while she was developing the piece.

“We had expressions of interest from big theaters in London,” she recounts, including the National Theatre and the Tricycle, “but no one had the balls to commit. Why is it that no one has the courage to take on a play about Iraqi women?” she wonders.

But Mousawi remains undaunted, and plans to go to northern Iraq soon to do theater work with displaced women —Yazidis, Christians, and Muslims.

The reward for her is making connections with individual Iraqis and becoming a vehicle for their stories. She recalls a performance of Return at the Liverpool Arab Arts Festival in 2013.

“It was a sold out show, but I didn’t know a soul and was worried about how it might be received.”

She needn’t have worried. During the curtain call she recalls seeing two young girls stand up with their parents, waving small Iraqi flags.

After the show, Mousawi said the girls shyly waited outside the theater to convey their thoughts of the play. They had never been to the theater before, they told her, but had heard there was an ‘Iraqi play’ and decided to attend.

“Thank you so much for telling our story,” the mother told Mousawi. “This is exactly what we need as Iraqis, to have the rest of the world know our story.”

Photo Caption: Jilan Hassan, 19, cries during an interview with Reuters in Mosul, 390 km (240 miles) north of Baghdad, March 6, 2013. Samar, a Turkman from the city of Tel Afar, is one of thousands of Iraqis who have relatives that were killed by U.S. forces, since the U.S.-led invasion of Iraq in 2003. Samar said she was sitting in the back seat of the car with her brother and three sisters on their way back from hospital on January 18, 2005 when a group of U.S. soldiers shot at them, killing her parents on the scene and seriously wounding her brother, Rakan. Many Iraqis often accuse U.S. forces of being too quick to open fire, often killing innocent civilians. The U.S. military says it does all it can to minimise the risk of innocent Iraqis being killed. Picture taken March 6, 2013. REUTERS/Thaier al-Sudani