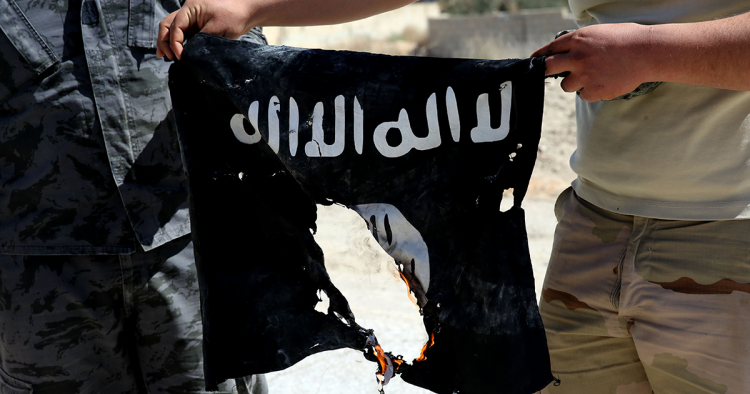 On Nov. 30, the Islamic State (ISIS) announced that its leader, Abu al-Hassan al-Hashimi al-Qurayshi, had been killed in battle and that his successor, Abu al-Hussein al-Husseini al-Qurayshi, was now in place. Hours later, the United States military’s Central Command confirmed the death of Abu al-Hassan, adding that it had occurred in Daraa, in southern Syria, in mid-October at the hands of “the Free Syrian Army” (FSA). For its part, the U.S. partner force in Syria, the Syrian Democratic Forces (SDF), denied any role in the ISIS leader’s death — suggesting this may have been the first such leadership death not caused by U.S. action.

However, the reality appears to have been slightly more complex. Abu al-Hassan was killed in a stand-off in the town of Jassem, in Daraa, on Oct. 15, when he or fellow ISIS members reportedly detonated suicide vests after their compound was surrounded. At that time, former fighters from the FSA’s Southern Front — which had been backed by the U.S. and its allies from 2013 to 2017 — were engaged in heavy clashes with ISIS cells in Jassem and parts of Daraa city nearby. In the city, former FSA rebels were coordinating with Syrian regime personnel; but in Jassem, the fighting was reportedly the work of former rebels alone.

Since mid-2018, these former rebels have been considered “reconciled,” having surrendered to Syria’s regime under a Russian-coordinated process that offered them the option of displacement to Idlib or remaining in Daraa and joining Russian-led Syrian paramilitary formations. In the years since, that “reconciliation” agreement has frayed at the seams, resulting in bouts of heavy fighting and Daraa’s collapse into persistent, inter-factional violence. In fact, “reconciled” Daraa has statistically been the most unstable region of Syria since 2019 — a damning indictment of Russia’s reconciliation design.

Although they were initially unsure of the identity of those killed in the compound, the “reconciled” rebels in Jassem reached out to U.S. contacts immediately after the incident. Shortly thereafter, the U.S. acquired DNA samples from the bodies and evidence was collected from the compound. Whether this was done by U.S. intelligence personnel or Syrian assets on the ground remains unclear, but that is largely academic. The most significant revelation here is that despite severing support to the FSA in southern Syria over four years ago, the U.S. intelligence community retains clear and operational links with its former partners to this day. This changes many of the fundamental assumptions behind analysis of southern Syria, the nature and depth of the “reconciliation,” and the substance of the Syrian regime’s reach into Daraa. It is also intriguing that the most influential “reconciled” rebel figure in Daraa, Ahmed al-Awda, reportedly visited Turkey for a highly unusual visit on Oct. 22, just a week after the incident in which Abu al-Hassan was killed. Whether there was any link between that trip and the operation in Jassem is impossible to know, but the timing is certainly intriguing.

The fact that DNA samples subsequently led to a U.S. confirmation of Abu al-Hassan’s identity also suggests he likely spent time in U.S. custody in the past — presumably during the war in Iraq, from 2003 to 2010. Abu al-Hassan was a veteran ISIS operative who joined the movement around the time of its formation as al-Qaeda in Iraq (AQI) in late 2004. It has been suggested his real name may have been Nour Karim Matani, but his best-known identity was Sayf Baghdad — the result of his time in command of AQI and the Islamic State in Iraq (ISI) operations in Iraq’s capital. Hailing from the town of Rawa in Anbar Province, his family was deeply embedded within ISIS’s so-called Rawi Network, its most significant source of finance, with global reach. His brother Karim is allegedly in the custody of Hayat Tahrir al-Sham (HTS) in Idlib, in northwestern Syria.

Little is known about Abu al-Hassan’s replacement, Abu al-Hussein al-Husseini al-Qurayshi. While ISIS’s Nov. 30 announcement claimed he was a veteran of the cause, well-placed sources suggest his history in the group does not reach back as far as ISIS’s previous leaders. His emergence as ISIS leader comes at a challenging time for the movement in Syria and Iraq. Abu al-Hassan had only been leader for eight months, and ISIS had run a global propaganda campaign calling on supporters around the world to renew their pledges of allegiance to him that continued throughout the weeks when he was in fact dead. ISIS’s operational tempo continues to decline in Iraq, but in Syria it remains consistent and geographically spread. Abu al-Hassan’s death in Daraa came as a surprise, but it suggested a likely and concerning intent to invest in revitalizing a long-forgotten theater of ISIS operation. That he was in Syria was further evidence that it is Syria — not Iraq — that ISIS sees as the most favorable ground on which to operate these days.

Further afield though, ISIS poses significant challenges. As is typical, a worldwide ISIS revenge campaign is now all but inevitable, and the shape that takes will indicate where the jihadist group is most powerful. Already, incoming pledges of allegiance from ISIS branches abroad have underlined the potency of the group’s presence in Africa, particularly in the Sahel. There, photosets announcing bay’a (allegiance) to Abu al-Hussein released by the Islamic State in the Greater Sahara (ISGS) revealed the group’s ability to amass multiple forces in the many hundreds, heavily armed, traveling in enormous mobile convoys with dozens if not hundreds of motorbikes, as well as armored vehicles. Additional releases from Nigeria, Afghanistan, Yemen, Iraq, Syria, Somalia, and the Democratic Republic of the Congo illustrate the continued reach of the ISIS threat today.

Charles Lister is a senior fellow and the director of the Syria and Countering Terrorism & Extremism programs at the Middle East Institute.