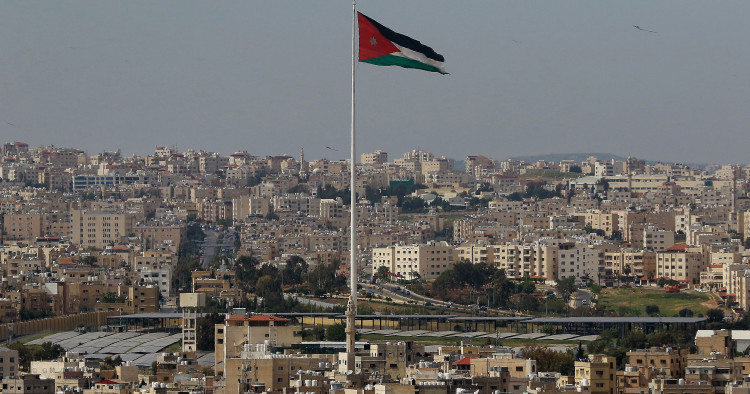 On Dec. 23, Jordanian Minister of Industry, Trade, and Supply Yousef Shamali and Russia’s Ambassador to Jordan Gleb Desyatnikov attended a ceremony to finalize a bilateral cooperation agreement on science, culture, and education.

This agreement highlights Jordan’s delicate foreign policy balancing act. The government, led by King Abdullah II, will continue to work with a diverse group of countries, even those with tense relations with the West, to bolster its security and economic opportunities. Mitigating security threats and increasing business opportunities is key to political stability and the continuation of the king’s rule amid Jordan’s persistent socio-economic problems. However, the king will need to be careful not to undermine his closest allies by working with their adversaries.

Jordan has sought to boost its political and security stability over the last several decades by maintaining strong partnerships with Western countries, notably the U.S. This partnership has been a boon to both parties, with Jordan receiving much-needed economic aid and significant defense support. The close relationship with the U.S. has not stopped Jordan from pursuing balanced relations with China and Russia.

China has increased its trade with Jordan and made numerous strategic investments in the country. SDIC Mining Investment of China is the biggest shareholder in Jordan’s Arab Potash Company, which had been a major state-owned entity until 2003. Bilateral trade reached $3.61 billion in 2020 and $2 billion for the first half of 2021. In comparison, U.S.-Jordan trade in 2020 was approximately $4 billion. However, rising Chinese investment in Jordan has not triggered much U.S. apprehension, whereas major Chinese investments in Israel have made U.S. policymakers more uncomfortable. This is likely in part because China’s sectoral investments in Jordan aren’t as strategically significant. Jordan will need to ensure that it does not allow China access to any sensitive sectors of the economy, including sea ports and airports. The U.S. military operates out of Muwaffaq Salti Air Base in Azraq and will be apprehensive about a growing Chinese presence in Jordan.

Even as much of the international community continues to isolate and sanction Syria, Jordan has engaged with it on trade. The Jordanian-Syrian Free Zone was reopened in December 2021, which will likely lead to more cross-border trade and investment, even as business with Syria remains heavily restricted by the Caesar Syrian Civilian Protection Act.

Jordan’s population is hostile toward any ties with Israel, as seen most recently through protests against the Israel-Jordan water-for-energy deal in 2021 and the Israel-Jordan gas deal in 2019 and 2020. Notwithstanding these public protests and widespread anti-Israel sentiment among Jordan’s elected representatives, trade deals with Israel and bilateral relations persist. The king has deftly managed these relations amid public hostility by taking symbolic, but significant, actions to show discontent with Israel, such as cancelling Jordan’s 1994 deal to lease the lands of Baqura and al-Ghamr to Israel in 2019. Nevertheless, Jordan maintains the most strategically beneficial aspects of the relationship, including close cooperation on defense and counterterrorism issues.

Jordan will continue to liaise with countries in the region on defense issues, even if there are significant tensions in those same bilateral relations and disagreements in other major policy areas. King Abdullah II recognizes that Syrian President Bashar al-Assad is going to remain in power in Syria for the foreseeable future. Following the lead of the UAE and Bahrain, which have both increased ties with the Assad regime in recent years, King Abdullah II in October 2021 held his first phone call with the Syrian leader in approximately a decade. Jordan will seek out opportunities for mutually beneficial security cooperation with Syria, while maintaining a strong defensive posture on border security where Syria’s drug smuggling continues to be a serious problem.

Jordanian officials have also reportedly been in contact with Iranian officials to discuss security matters, with Jordanian Foreign Minister Ayman Safadi meeting his Iranian counterpart on the sidelines of an Organization of Islamic Cooperation session in December 2021. Amman also hosted Saudi and Iranian security experts in December 2021 to discuss confidence-building measures. Jordan is much more closely aligned with the Sunni Arab countries in the Gulf than Iran, and that is highly unlikely to change. However, Jordan has strenuously avoided getting deeply entangled in the hostilities between Iran and Saudi Arabia, and Amman will maintain that strategy and remain open to playing a role in de-escalating those tensions. King Abdullah II has seen the destabilizing role that Iran has played in the region, whether by backing dissidents in Bahrain or the Houthis in Yemen, and will not want to antagonize Iranian Supreme Leader Ayatollah Ali Khamenei.

King Abdullah II has also shown an impressive degree of restraint and patience in his conduct of foreign affairs. Following the alleged coup attempt by Jordan’s former crown prince, Hamzah bin Hussein, in April 2020 there were widespread reports about Saudi Arabia having a supporting role. Instead of lashing out at Saudi Arabia — a source of significant financial largesse and a desired regional investment partner for Jordan — the king chose to handle the affair behind closed doors.

Jordan has also been working more closely with its neighbors, especially Iraq and Egypt, in the last few years to strengthen security, political, and trade ties. The kingdom has been significantly more effective in mitigating the threat from ISIS compared to Egypt and Iraq; nevertheless, it remains a pressing concern for Jordan. Since ISIS is active in Iraq’s Anbar Province bordering Jordan, cooperation will be useful. Jordan is looking to boost interconnection with Iraq and Egypt on oil and electricity flows, as well as increasing trade in agriculture, textiles, and other goods. Iraqi Prime Minister Mustafa al-Kadhimi called this regional integration part of his “New Levant” strategy. Jordan is also looking to sign a deal to export electricity to Lebanon, and be part of an agreement for Egypt to send natural gas to Lebanon through Jordan and Syria. For Jordan, these partnerships are a way to ensure access to energy resources and to find avenues to strengthen integration with neighbors in a way that can weather future tensions and increase economic opportunities for Jordanians.

Jordan’s foreign policy is primarily concerned with regime stability and security as opposed to ideological goals. Some countries ramp up negative rhetoric about perceived foreign enemies to bolster domestic legitimacy and deflect public anger, such as Iranian leaders maintaining a consistent flow of anti-U.S. rhetoric. This isn’t the case with Jordan, which instead has a policy that focuses on building partnerships with a wide array of actors while avoiding feeding hostilities with countries near and far. This can be a narrow path due to the web of competition and hostilities that dominates the region. For example, the king’s anti-Islamist stance has not stopped him from pursuing trade and investment ties with countries that are more supportive of Islamists, including Qatar and Turkey.

King Abdullah II will continue to look to address the troubling economic situation at home by building positive relationships abroad without undermining its most important political and security partnerships.

Alexander Werman is a political and security risk analyst focusing on the Middle East and North Africa region. In his current role at The Cohen Group, he advises companies on market entry and strategic risk in the Middle East. The views expressed in this piece are his own.