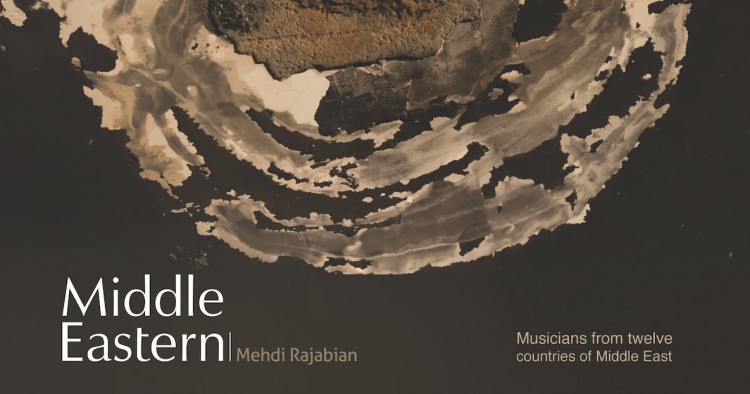 Revolutionary Guards came to Mehdi Rajabian’s door on October 5, 2013. His crime? Running a music production company — Barg Music — that the Iranian government deemed offensive to Islam and the regime. Barg Music worked with restricted artists in Iran, particularly women, who have been legally forbidden from performing solo since the Iranian Revolution.

After Rajabian’s hearing, he was sentenced to six years in the general ward of Evin Prison, where he spent three months in solitary confinement and went on a hunger strike for 40 days. He was released in 2017 after two years on a suspended sentence. Under this arrangement, the regime can return him to prison at any time without warning.

Rajabian, 29, is permanently banned from making music in Iran. Despite this, he has spent the past few years producing a new album, Middle Eastern, which brings together musicians from 12 countries across the region.

Although politics and culture vary from country to country, Rajabian told MEI that a common struggle against war, poverty, and violence unites the people of the Middle East.

“Middle East inhabitants are all tormented by the same pain, and music is a common language of human beings which we can use to transfer our message and our sufferings,” Rajabian said. “Our musicians have never met each other, but if you listen to the songs on the album, you'll realize they carry the same feelings, and this shows the common pain of our people.”

According to Rajabian, the album’s Yemeni artist is living in poverty, the musicians from Syria and Palestine live in war zones, their Egyptian counterpart is banned in his country, and one artist composed his contribution on a boat in the Mediterranean as he fled his country.

“All of us are going through hardships,” Rajabian said. “Middle Eastern people are exhausted.”

Rajabian’s artistic career began more than a decade ago, when he spent several years studying traditional Iranian music, especially the setar. He subsequently recorded several albums, including Research Album of the History of Iran Narrated by Setar.

Following Rajabian’s imprisonment for the setar album, he received the 2017 Rebellion's Artist in the World award from the Global Investigative Journalism Network, and top officials and activists, including former United Nations Secretary-General Ban Ki-Moon, called for his freedom.

When the musician was released, however, he felt as though he was “transferred from a small prison to a much bigger one” given the Iranian government’s lack of tolerance for dissent.

The artists who contributed the album’s illustrations have also suffered from the region’s strict censorship laws. Turkish artist Zehra Dogan spent two years in prison for her work on some of the project’s visuals, while the cover art creator, Reza Deghati, was imprisoned in Iran for three years.

In light of these struggles, Rajabian hopes that the album will bring greater peace and stability to the region.

“Our only wish is for the Middle East to settle down,” Rajabian said. “A very primary, humanly demand. It's our right to be free, same as other countries.”

When creating his music, Rajabian focuses on his independence as an artist — even though it might result in his renewed imprisonment. According to the artist, he is still restricted from “every civil right,” making his release feel like a transfer to a “much bigger” prison. To escape from this feeling of continued imprisonment, he turns to the freedom of creating music.

“An artist must not go with the line of thought that the government or system injects in everyone's minds,” he said. “When I remember that I can share my voice with the world using music, I forget what I've been through.”

To amplify the impact of his message through music, Rajabian tries to evoke “great sensation” from his listeners. While other artists tend to concentrate on rhythm, order and technique, according to Rajabian, he chooses to throw off these constraints.

“Sometimes being ‘irregular’ is better than being ‘regular,’” he said. “I think the world of music has reached a peak with techniques and feelings, and now it's time to use courage to inject a new and extraordinary line of thinking.”