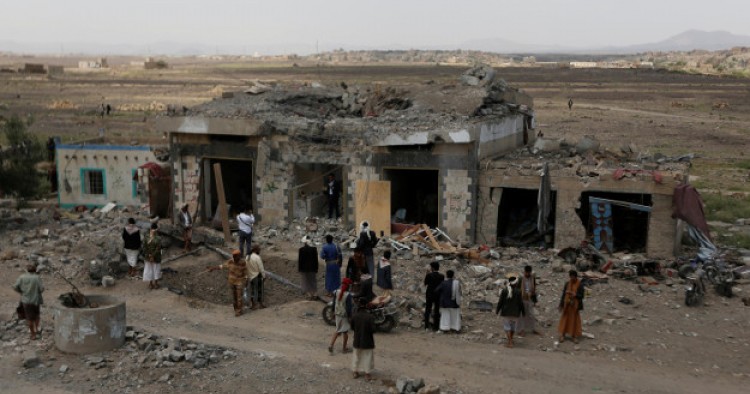 The Middle East Dialogue, a regional Track 1.5 group in which officials and non-officials from the region and beyond meet to discuss current issues in their personal capacities, met May 12-13 in Malta. Read the full report (PDF).

While the civil wars in Iraq, Syria, and Yemen are unquestionably linked in many ways and reflect common regional and even global geopolitical competitions, each has its own peculiarities. Dealing with them all together would be unwise. The regional and global powers involved need to understand the different circumstances and dynamics in each country and try to design responses appropriate to the current circumstances of each conflict. A larger negotiation framework based on accepted principles could help conflict management and resolution in each country.

Yemen looks ripest for a diplomatic outcome that could avoid an impending humanitarian catastrophe and open the possibility of a solution that does minimal harm to regional and global interests. The warring parties are exhausted. Putting the port of Al-Hudaydah under neutral control and establishing security in Sanaa are the vital first steps in the direction of an inclusive political settlement acceptable to all.

The war in Iraq will soon end with the defeat of ISIS, which however will only increase the urgency of the political and economic issues associated with post-war stabilization, reconstruction, and transition, including a proposed referendum on independence in Kurdistan intended to lead to an extended negotiation with Baghdad. Iraq will need international understanding, technical support, and foreign investment, even if it tries to minimize its call on international financial assistance.

Syria is still very much unsettled. The Russian/Iranian/Turkish negotiations in Astana may be able to produce some military confidence-building measures, including de-escalation zones, but there is no avoiding the bigger political issues that will need to be resolved under UN auspices in Geneva. U.S. resistance to involvement in both Astana and Geneva is problematic from the regional perspective, as is its insistence on using Kurdish forces against ISIS in liberating Raqqa as quickly as possible. Unless something changes, the likely outcome will be failure on the diplomatic front and a continuing Sunni insurgency against a victorious Syrian regime.

China’s Approach to Mediation in the Middle East: Between Conflict Resolution and Conflict Management