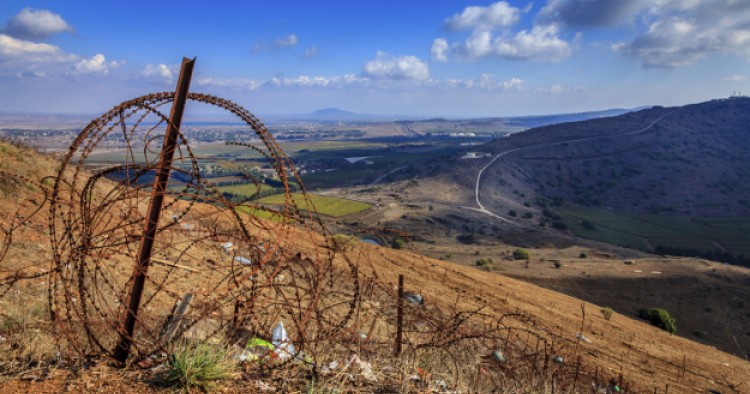 This article was first published on Foreign Affairs.

Just as hysteria about the demise of Sykes-Picot was starting to die down, the Islamic State of Iraq and al-Sham (ISIS) has revived it by declaring its intention to revive the caliphate at least over what is now Iraqi and Syrian territory. The news arrived in two separate ISIS videos, one featuring a Chechen militant presiding over the dismantling of an outpost on the Syrian-Iraqi border and the other showcasing an English-speaking Chilean jihadist.

Amid the post–Arab Spring everything-has-changed anxiety, fears that Syria’s dismemberment would lead to the unraveling of all the hard work that Sir Mark Sykes and François Georges-Picot did back in 1916­–17 have loomed large. The civil war in Syria seemed to presage the breakup of the state and the rejiggering of its borders to serve Iraqi Sunni, Israeli, Lebanese, Kurdish, and Turkish purposes. Ankara, for example, had threatened to seize the Syrian city of Idlib if refugee flows out of the country exceeded a very low threshold, which has long since been crossed. Syria’s Kurds, meanwhile, were expected to cordon off their part of Syria from the rest of the country and then join Iraqi Kurdistan in declaring independence. Along the Lebanese-Syrian border, Hezbollah was expected to expand its territory at Syria’s expense to preserve lines of communication to a coastal Alawite enclave if Assad lost control of the rest of the country. And, if Israel felt threatened by radical Sunnis in Syria, the thinking went, it might want to push its existing boundaries in the Golan Heights eastward to establish a kind of buffer zone between the interior and Israeli towns on the escarpment. Above all, there was a fear that the Iraqi-Syrian border would crumble, as it eventually did. Indeed, anxiety about Sykes-Picot seemed to raise the stakes of the civil war in Syria, intensifying dread about a broader Middle East meltdown.

Thus far, however, the parade of horrors emanating from Syria has not included the demise of Sykes-Picot borders. The Turks have not taken a bite out of Syria, although they have helped undermine its eventual reconstitution by incubating ISIS. Syrian Kurds have not proposed -- or implemented -- new borders, and their Iraqi counterparts have refrained from secession or the formalization of their de facto autonomy. Hezbollah has not picked up any new territory, even as the Syrian regime’s disintegration has threatened Hezbollah’s lifeline to Iran. Israel has certainly taken advantage of anarchic conditions in Syria to strike targets of opportunity, but it hasn’t made any decisive attempt to carve out a cordon sanitaire. And, before it was breached by ISIS, the Iraqi-Syrian border had been permeable for generations, owing to the nature of the terrain and the large tribal confederations on either side whose economic interests require that the border not impede their movements.

In short, despite the regional pandemonium, Sykes-Picot seems to be alive and well.

Read the rest of this article on Foreign Affairs.