A New Phase of Militancy in Kashmir: Challenges for India 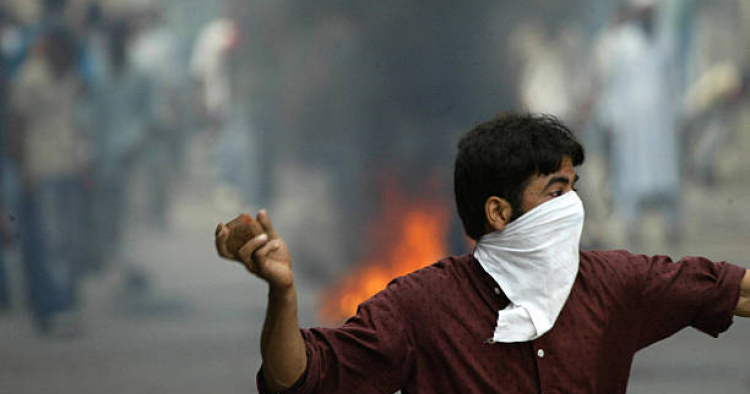 Kashmir is experiencing a period of relative stability and peace due to greater counter-terrorism operations, surveillance along the borders, and a drop in cross-border infiltration along the Line of Control (LoC).[1] Despite this trend, there has been a series of targeted killings in the region in recent months. Srinagar was the worst hit by violence with many hit-and-run attacks in 2021. One of the biggest attacks took place in the city in December 2021 when a bus carrying police officers was ambushed by militants, killing three police officers and injuring 11.[2] These killings demonstrate that insurgents may have intelligence, including full information of the area, as well as the operations and daily routines of their targets. There have also been several clashes between the security forces and militants in the valley. An operation by security forces in January resulted in the death of five militants, including Zahid Wani, a Jaish-e-Mohammed (JeM) leader[3] responsible for many attacks in the valley.

The latest incidents indicate that violence is resurfacing through a new trend of localization and indigenization of terror in the region. The August 2019 abrogation of Jammu & Kashmir’s (J&K) special constitutional status under Article 370, which had limited the Indian parliament’s power to make laws for the state, prompted militant groups in Kashmir to change their tactics, including recruiting “hybrid militants” who are difficult to identify.

Evolution of Militancy in Kashmir

Prior to the revocation of Article 370, most militant groups frequently distributed anti-India propaganda to radicalize and recruit new members and called their supporters to orchestrate demonstrations and disrupt counter-terrorism efforts.[4] They also associated the insurgency in the region with Islam. There was a trend of publicly posting information about these recruitments and pictures online.[5] The increase in social media users in Kashmir enabled militants to appeal their cause even to the educated classes by normalizing violence and humanizing militants. However, this strategy was counterproductive, given the fact that Indian forces managed to crackdown on militant groups.

The withdrawal of Kashmir’s special status has triggered a new phase of militancy through the emergence of homegrown militant outfits and local recruitments. Meanwhile, the number of foreigners affiliated to militant outfits in the region has decreased — from 77% in 2016, to 60% in 2017, 45% in 2018, 19% in 2019, and 15% in 2020. [6] The induction of local youth into the ranks of these militant groups has been largely driven by sentiments of alienation, marginalization, and anger.

New militant groups have emerged, including United Liberation Front of Kashmir (ULFK), The Resistance Force (TRF), Kashmir Tigers, and People’s Anti-Fascist Force (PAFF).[7] New Delhi claims that older terrorist organizations, such as Lashkar-e-Taiba (LeT) and JeM, have adopted new avatars to secularize their movement.[8] These groups are also trying to project themselves as the true representatives of the people of Kashmir, their rights and suffering by focusing on resistance against Indian occupation instead of relying upon their former jihad or religious war narrative.

In addition, militant groups have altered their social media propaganda strategy. Previously, they publicly shared images of themselves after having joined a militant group and had immediately claimed responsibility for attacks.[9] Given that these tactics made them vulnerable to state identification, insurgent groups have now adopted an anonymized identity online to protect themselves. They have managed to avoid getting banned on social media by creating new names or using other online platforms such as Nand Box and TamTam to evade de-platforming. Their online material is published through anonymous administrators. Greater access to social media has also given Kashmiris a platform to voice their grievances and objectives for the region. As a result, anti-India sentiments have grown stronger and mass radicalization has increased.

The targeted killings of civilians in October 2021 have given way to the use of a new term, “hybrid militancy.”[10] A hybrid militant is an unlisted member of a militant group who receives training in small weapons with the objective of carrying out targeted killings. After carrying out the targeted killing, the militant resumes his day-to-day activity instead of returning underground like his full-time counterparts.[11] This type of militancy poses challenges for security forces, as hybrid militants are especially difficult to identify. The series of killings in October 2021 brought back haunting memories of the violence of the 1990s and compelled around half a dozen Kashmiri Pandit families to flee.[12]

Some experts contend that similar to the 1990s where Kashmiri Pandits were told to either convert to Islam or flee by radical Islamists, the recent spate of killings was meant to deter the community from returning to the valley and to prompt those who have resettled to leave.[13] When the attacks persisted in November 2021, the government was compelled to increase security in the region, including by installing more checkpoints and bunkers, deploying more Central Armed Police Forces (CRPF) personnel, and conducting more raids and arrests. Despite these measures, the security forces have not been able to prevent militants from carrying out attacks.[14]

The mixed policies, particularly the revocation of Articles 370 and 35A, have bred further resentment and anger in Kashmir These policies have unwittingly contributed to the emergence of “hybrid militants” and the new phase of militancy in the region. In 2017, the Indian armed forces launched Operation All Out to dismantle the militant hideouts and take down their leaders, fighters, and over-ground workers (OGWs). However, these counterinsurgency operations fueled resentment among Kashmiris, many of whom came to regard the Indian government as a “colonizer” or an “occupier.”[15] This perception has worsened in recent years thanks to social media platforms playing a role in spreading such messaging and narrative.

At the same time, however, as the campaign against militants fostered among some Kashmiris a greater sense of safety, the number of stone-pelting incidents and attacks declined. The Indian government, meanwhile, which had claimed that Articles 370 and 35A hampered development and peace in J&K,[16] has initiated several development projects, including building hospitals and a medical college to improve the healthcare system in the region. While the Indian government has taken credit for these projects, local Kashmiri leaders contend that the projects had started long before the two articles were revoked.[17] They have also insisted that Kashmir had fared much better on human development prior to the withdrawal of J&K’s special status.

Although some of the center’s policies for Kashmir have received much criticism, it has also adopted some measures to integrate Kashmiris, strengthen state legitimacy and build a narrative of the state as a benevolent power. Successive governments have adopted policies to promote trade across the Line of Control (LoC), enforce quotas in educational institutions, initiate skill enhancement and employment schemes, and distribute education scholarships for Kashmiris.[18] However, many Kashmiris had reservations about the intention of implementing these programs given that counter-terrorism operations were carried out at the same time. They have perceived them as tactics of occupation rather than measured designed to uplift their community. Some experts contend that many Kashmiris are unable to let go of their nationalistic attitudes and embrace a wider Indian identity. They are likely to prioritize their political objectives over economic incentives and good governance.

The central authorities continue to impose some of the most pervasive restrictions upon Kashmiris, worsening rather than diffusing tensions in the valley. For instance, the government implemented new rules to expedite the distribution of land for industrial use.  It also reallocated over 60 acres of land in the region to paramilitary forces. Local Kashmiris feel that they are losing their land to security forces, industrialists, and affluent Indians; and that these policies are eroding their identity. Another policy, rolled out in August 2021, rendered greater powers to the Jammu and Kashmir Criminal Investigation Department (CID) by allowing Kashmiris booked under ambiguous criminal charges from going abroad. Yet another issue that has generated further outrage among Kashmiris was the announcement in December 2021 by the Delimitation Commission that only one out of seven assembly seats would be given to Kashmir and the remaining six to Jammu.[19]

The Taliban’s return to power in Afghanistan has increased fears that an insurgency might break out in Kashmir, as had in the 1990s.[20] Several developments have taken place in Kashmir that the Indian government claims is linked to the Taliban’s takeover of Kabul. For instance, Indian authorities have associated the recovery of an RPG in August 2021 with the Taliban’s takeover, given that no weapon of that type had been found in the region during the two previous decades.[21] India is also apprehensive that Pakistan will use Taliban fighters as a proxy to aggravate the insurgency in Kashmir.[22]

History has indicated that relative stability and peace is usually short-lived and temporary in the Kashmir valley. The Indian government’s policies will continue to increase resentment among Kashmiris and encourage them to join the ranks of militant groups. Minor incidents can trigger mass protests despite the risk of a heavy crackdown by security forces. Kashmiris are likely to continue prioritizing their political ambitions over socio-economic incentives and promises of good governance. Peacebuilding, education, and social cohesion campaigns are unlikely to be regarded as goodwill gestures. Social media warfare is also likely to continue as militant groups leverage these platforms to spread their propaganda and exploit local grievances.

[14] Shakir Mir, “How Modi govt’s policies in 2021 inflamed rather than diffused conflict in Kashmir,” The Wire, December 31, 2021, https://thewire.in/security/how-modi-govts-policies-in-2021-pushed-kashmir-towards-becoming-a-police-state.

[17] Anchal Vohra, “What’s behind the latest violence in Kashmir?”

[20] Mir, “How Modi govt’s policies in 2021 inflamed rather than diffused conflict in Kashmir.”