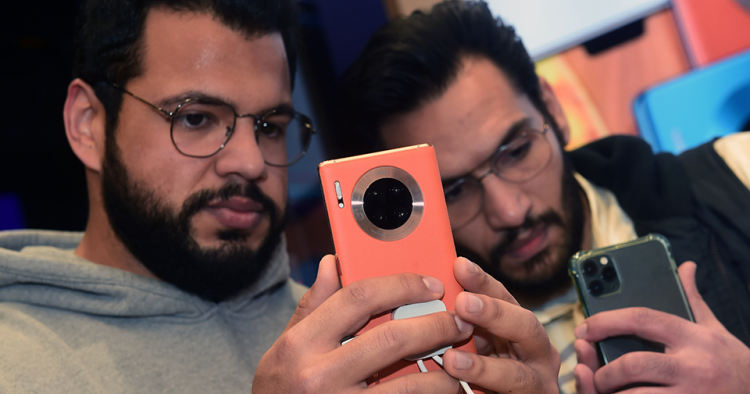 Keeping up with and making sense of the flood of information about the COVID-19 pandemic is a challenge. It doesn’t help that much of that information is misleading, often by design. The "infodemic" surrounding the coronavirus, described as such by the World Health Organization (WHO) as early as February 2020, “spreads faster and more easily than the virus” itself. A recent joint statement by WHO, UN, UNICEF, UNDP, UNESCO, UNAIDS, ITU, UN Global Pulse, and IFRC noted grave consequences. It is “undermining the public health response and advancing alternative agendas of groups [and] individuals,” in ways that “cost lives … and threaten long-term prospects for advancing democracy, human rights, and social cohesion.”

Fake news, while a global phenomenon, is particularly prevalent in the Middle East. There is a rich history of disinformation in the region, wielded as an offensive weapon by a wide range of stakeholders. Non-state armed groups have been prolific in disseminating fake news. Hezbollah has gone so far as to establish disinformation training camps, attracting Iran-backed militias from across the region, mostly from Iraq.

National governments of Middle East states are no bystanders to the disinformation onslaught. The Emirati government, for example, has quoted fictitious Middle East specialists to back their anti-Qatar propaganda. Fake news has long contributed to creating tensions that endanger fragile internal balances and international relationships in the region. In Iran, the Islamic Revolutionary Guard regularly resorts to state-run media for disinformation campaigns. Platforms such as Fars News, the hardliner Tasnim News Agency, and the English-speaking channel PressTV regularly spin American and European commentators as expressing support for Iran’s policies.

The coronavirus provides another opportunity for governments and their supporters in the region to weaponize information to advance their interests, but with a difference. Fabricated news about COVID-19 is being used as a defensive weapon as much as an offensive one. Since the pandemic’s outbreak, some Middle East states, often through state-run media outlets, have dishonestly extolled the efficacy of their responses to the crisis.[1]

State-sponsored media are reporting on exceptional success of their governments’ at fighting the coronavirus. If some of the Iranian sources are to be believed, the country counts an astonishingly low number of infections, and the clergy's remedies are efficient in combating the virus. As the WHO predicted, such falsehoods have exacted a cost: news that drinking methanol could cure the disease led to the death of more than 700 Iranians.

In Egypt, media fabrications took the form of alleged praise from Italy thanking the generous Egyptian government for sending medical help. In Palestine, some news sites reported that Israeli TV had admitted that Gaza’s health officials have better managed the epidemic than the Tel Aviv government. In Syria, pro-regime activists proliferated the claim online that Bashar Al-Assad personally is searching for a cure to the virus in a Damascus laboratory.

In some cases, government officials are themselves directly promulgating such fabrications. Israel’s Deputy health minister falsely claimed that Israel has the highest rate of coronavirus testing in the world. In Iran, President Rohani delivered a speech claiming that the country was better at combatting the pandemic than Europe. In mid-May, Syria’s health ministry reported only 44 cases of COVID-19, with three deaths. They also denied the claim of a cover-up of an increased number of cases from Iran in areas under Bashar Al Assad’s control.

All this fake news promoted by media outlets, widely followed social media accounts, and government figures all coalesce towards the same aim. These states want to mask their mismanagement of the crisis, fearing it as a potential knock-out blow to their already weak legitimacy. Well before the pandemic, the region witnessed widespread discontent in Algeria, Iraq, Lebanon, and elsewhere due to governments’ failures to provide for social welfare. The pandemic and its unprecedented outcomes are further undermining the legitimacy of various states, spawning new levels and forms of government-supported defensive information warfare. Promoting a narrative exulting the state's indispensability has become part of many MENA governments' strategies to address fading popular support for their regimes.

At the same time, we’re seeing a rise of citizen-led initiatives across the region working to mitigate the dangers of the disinformation outbreak. They are playing offense against the defensive disinformation tactics of governments and their supporters. The AMEL Ecosystem, for instance, is an online network disseminating accurate information about the virus and providing training to vulnerable populations for detecting fake news about it. Tech 4 Peace Collective and Ideas without Borders (IBB) are two other organizations engaged in this battle. On its social media accounts, Tech 4 Peace is posting screenshots of  COVID-19 stories fabricated by third parties, marking them as "fake posts” and providing corrections with links to accurate information. IBB is working with Wikipedia to translate pages with accurate COVID-19 information into Arabic.

As is often true in offense-defense competitions, there’s an imbalance in capabilities at play here. These and similar grassroots initiatives have met with serious challenges. Part of it is simply a dearth of resources. And some MENA governments have passed laws criminalizing what they (ironically) label "misinformation" about their public health response to the virus and its spread. Recent investigation by Reporters without Borders' emphasized the tightening control over media by national authorities across the Middle East in 2020, specifically linked to COVID-19. In Tunisia, authorities arrested two bloggers for their online criticism of the state's response to the pandemic. Some fact-checking initiatives have seen their posts removed from social media platforms and their websites are increasingly being blocked by governments.

Barriers like these prevent actors like AMEL Ecosystem and the Tech 4 Peace Collective from developing and occupying a larger place in the information landscape. With help and resources, such initiatives could not only undermine state attempts to exploit the pandemic for political gain. They could also play a meaningful role against the spread of the virus itself.

A Future with Allies?

Considering their influence and the potential for positive results, what if international organizations with public health responsabilities made it part of their mission to provide those resources? The first of 22 functions of the WHO listed in Article 2 of its constitution is to act as the “directing and coordinating authority on international health work.” In today’s environment, combating false information is pivotal to international health work. Several other of the WHO’s constitutional functions also bear directly on a role it could play in combating the COVID-19 “infodemic” – and others like it that we will surely see in the future. These include “providing information, counsel and assistance in the field of health” and “assisting in developing an informed public opinion among all peoples on matters of health.”

There are political sensitivities, of course, if WHO or other international organizations were to engage in an official capacity with individuals and entities working in very unofficial capacities to counteract governments’ disinformation campaigns. Indeed, WHO is bureaucratically and fiscally designed to work with governments, not with critics and adversaries of governments. But we are in a world very different from the one in which these institutions and their ways of working were created. And we can be certain that the future will see the information vs. disinformation competition become an even greater risk to public health.

What could it look like for WHO and other international organizations to engage directly in supporting citizen-led efforts to fight false public health news? What if such disinformation were formally named as a public health threat equivalent to others that WHO is chartered to combat? What if dedicated funding to support the online work of local information warriors was earmarked in WHO’s budget? More than three-quarters of that budget comes from voluntary contributions by member nations, other intergovernmental organizations, philanthropic foundations, and the private sector. What if those donors committed to measures in non-health-related spheres against governments that restrict the operations of anti-fake news initiatives?

Last year, an ad-hoc Task Team published a report announcing “a new era of partnership between the World Health Organization and civil society.” Recommendations include “building in explicit, accessible opportunities for civil society organizations and community input into policy and governance at all levels.” But if policy and governance inhibit the ability to support citizens’ direct action against government-spread public health disinformation, the partnership is crippled from the outset. It’s time to reimagine the future of how this war is waged, and what role different actors can play in it.

Steven Kenney is the founder and principal of the advisory firm Foresight Vector LLC. He has advised a wide variety of government, corporate, and non-profit sector organizations. Chloé Bernadaux is an International Security specialist. Her research interests lie at the intersection of social movements, political economyand foreign policy analysis in the Middle East. The views expressed in this piece are their own

[1] The digital content analysis firm Omelas published in May 2020 a detailed and insightful report on the first few months of the “COVID-19 information operations” of six national governments (and NATO), including Iran and Saudi Arabia from the Middle East, as well as the United States, Russia, China, and Venezuela.

Beholden to Khamenei and the IRGC, Raisi will stick to the hardline script

Reflecting on the 20th anniversary of 9/11