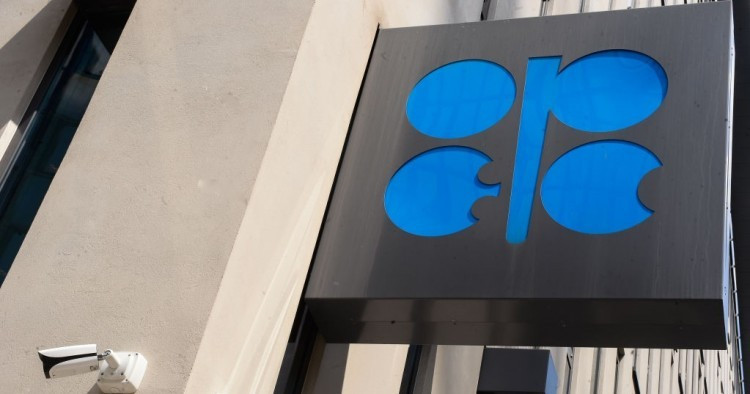 The events of recent months, including a series of critical statements by international players about the reluctance of OPEC+ to raise output beyond its established quotas, have clearly demonstrated the changing realities in the oil market. In addition to global uncertainty, the dynamics between Saudi Arabia, Russia, and the U.S., as well as the actions of Asian oil consumers, have become other key factors shaping the cartel’s behavior.

As usual, the recent OPEC+ meeting was marked by intrigue and speculation about the cartel’s future output policies. On Dec. 2 OPEC+ members were basically choosing between three different scenarios: a continuation of the gradual increase in production volumes, a slowdown in its tempo, or a temporary freeze. The need to consider the last two scenarios was dictated by several different factors: the expected oversupply in early first-half 2022; the fear that a new strain of the coronavirus (Omicron) could further reduce oil consumption; and the decision by the U.S. and a number of major Asian importers, including India, China, South Korea, and Japan, to release additional volumes of oil to the market from their strategic reserves.

While there is no detailed official version of the debate, reports suggest OPEC+ members were initially more inclined toward either a freeze or a downward revision of the planned January production rise of 400,000 barrels per day (bpd), with Saudi Arabia ready to either raise or reduce its output during January should this be needed to maintain market stability. Riyadh’s stance reflected the usual approach of the Saudi leadership, which is traditionally particularly sensitive to oil prices and reacts strongly to any threat that they might fall or destabilize. However, this time around OPEC+ ended up making a decision that the Saudis might not have initially wanted: to stick to its policy of gradually increasing production and the planned January rise.

Who made the decision?

There are differing opinions of what and who prompted the cartel to revise its initial decision to either halt or reduce the January output rise — a position that seemed logical to most market watchers. Moscow may have played a role in this. Russia’s deputy prime minister, Alexander Novak, called on the OPEC+ members to avoid “hasty decisions” and, later on, passionately supported the move to maintain business as usual. Of course, in so doing, he was also defending Moscow’s own interests. Russia’s production quota is approaching its maximum capacity and while oil prices remain high, Moscow would like to squeeze as much cash as it can from its hydrocarbon sector to fund its broken economy, implement plans to boost its oil production to 11-11.2 million bpd by 2023-24, and pay for its military adventures in the post-Soviet space. Any slowdown in reaching maximum production could be a missed opportunity for profit. In addition, Russia’s break-even oil price in its budget is around $40 per barrel — way lower than that of Saudi Arabia ($75 in 2021 or $67 in 2022) — allowing Moscow to generate more revenue without needing high oil prices that might overheat the market and result in a faster-than-normal correction. As the second-largest oil producer in the cartel after Saudi Arabia, Russia has enough weight to persuade the other members to accept its point of view, especially when Moscow’s arguments echo their own concerns. When commenting on the cartel’s Dec. 2 decision, the Iraqi oil minister, Ihsan Abdul-Jabbar Ismail, said that Iraq “has no goal of escalating oil prices more than logical and we will not allow them to go down [as well].”

By itself, however, Russia’s tough stance might not have been enough to make the cartel’s members stick to their previous strategy. According to Simon Henderson, head of the Gulf and energy policy program at the Washington Institute for Near East Policy, U.S. diplomatic efforts on the eve of the meeting persuaded the Saudi leadership to, at a minimum, not reduce the rate of oil production to keep a lid on fuel prices, a source of "domestic embarrassment for President Biden.” This has been partially confirmed by Russian sources, which argue that fear of incurring the wrath of major oil importers was another reason not to freeze quotas.

The tension between the U.S. and OPEC+ has been growing steadily since the Trump administration, culminating in the Nov. 23 decision by U.S. President Joe Biden to release oil from the country's Strategic Petroleum Reserve (SPR) to meet rising global demand and bring prices down — a move that was historically unprecedented in terms of the volumes involved. In spite of all attempts to “keep calm and pump oil,” OPEC+ members were alarmed by this move. Of course, the U.S. government has long been part of the equation shaping oil market dynamics, but since the mid-2010s (if not earlier) it has been perceived largely from a production, not a consumption, standpoint. The emphasis shifted earlier this year when, despite increasing oil prices, shale producers abandoned their previous principle of pumping as much as they could in favor of a more restrained growth in production, and even efforts by the U.S. administration to encourage a rise in output failed to change their minds. Under these circumstances, the White House’s decision to tap the SPR after repeatedly demanding that OPEC+ increase production volumes to lower prices became a serious statement about U.S. readiness to take action to defend consumer interests, potentially adding another new source of tension in relations between the U.S. and the Gulf countries, as well as Washington and Moscow.

The only correct answer

What was more important for OPEC+ was that the U.S. was not alone in its decision. In spite of their political differences, the U.S. was able to bring together all of the major Asian oil consumers — first and foremost China, India, South Korea, and Japan — which had previously only acted alone against rising prices and OPEC+ production limits. This past autumn, for example, China sold off part of its own reserves, while since spring 2021 India has been vocal about the need to diversify its oil suppliers to reduce its dependence on Saudi Arabia’s fluctuating production capacity. Before this, however, none of these Asian countries had ever used their strategic oil reserves as part of a coordinated global price war. Market analysts still have questions for Asian producers about their determination to actually sell reserves — so far, only Japan has confirmed that it has done so — as well as their success in diversifying suppliers to limit their dependence on key OPEC producers. Nevertheless, for OPEC+ members it is important that the warning call came from their key Asian customers. Given Asia’s role in the future of the oil market, maintaining long-term positive relations with these countries will be essential for Saudi Arabia, the UAE, Iraq, Kuwait, and, potentially, Iran as they seek to maintain their market positions amid the volatility of the energy transition.

Under these circumstances, it is perhaps no surprise that the December decision-making process by OPEC+ members had a definite political flavor. As argued by Anas Alhajji, an energy expert and editorial advisor to the media outlet Attaqa, a reduction or halt in the January production increase was, in reality, not an option as it would inevitably be viewed as a political response to Biden’s actions. Moreover, it would also likely be misinterpreted by the consumer camp as a sign that OPEC+ had decided to escalate confrontation, even if the cartel might not mean it. Thus, maintaining the planned production rates was the only option that would satisfy all sides.

The OPEC+ decision to stick to the planned production quota rise is also based on a certain amount of implicit cheating: For at least the past 11 months, OPEC has consistently failed to reach the allocated gross production quota and meet the next level of output. By November 2021, the difference between the nominal production quota and real production in core OPEC countries was -390,000 bpd. In most cases, underproduction is due to natural causes and connected with technical issues or the economic and political situation in various OPEC countries (first of all Angola and Nigeria). But this gap is definitely maintained in an artificial way: Although the cartel is able to compensate for it — and its ability has been previously demonstrated — at least in October-November 2021, the key OPEC producers refrained from doing so under the pretext of respecting each other’s production quotas and interests. And there’s a logic to this: Under-production supports higher prices and mitigates the negative effect on prices of periodic increases in output (including the forthcoming reserve releases by major oil consumers), which is especially important on the eve of an expected market glut in 2022. It also helps OPEC+ members legally cheat consumers without doing so in an open and overt way. Presumably this semi-artificial underproduction and the understanding of its effects also made it easier for Saudi Arabia and other OPEC members to accept the continuation of oil output increases.

Yet, even with the existing opportunities for cheating, we may still be looking at the emergence of a new model for the oil market, one in which producers, although not yet ready to make significant concessions to consumers, will be forced to take their interests into account.

Nikolay Kozhanov is a Research Associate Professor at the Gulf Studies Center of Qatar University and a Non-resident Scholar with MEI’s Program on Economics and Energy. The opinions expressed in this piece are his own.