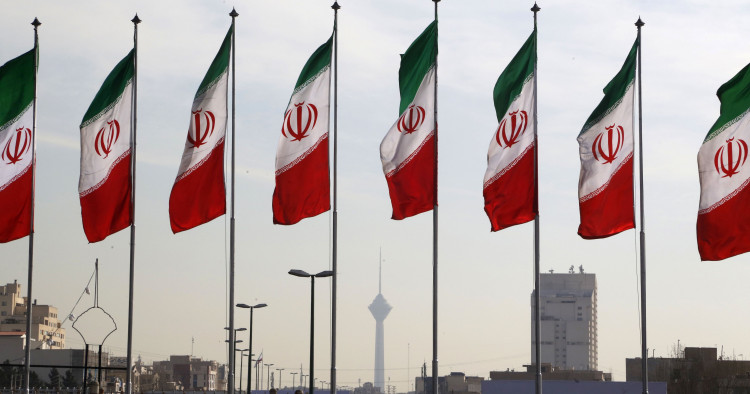 Saudi Crown Prince Mohammed bin Salman (MbS) recently told Saudi television, “We are seeking to have good relations with Iran.” Similarly, Iranian Foreign Minister Mohammad Javad Zarif said on May 12 during a visit to Syria that Iran was ready for closer ties to Riyadh. (In a similar vein, longtime Iranian ally Syrian President Bashar al-Assad also voiced an interest in détente with Saudi Arabia.) Their comments come after the confirmation of the first round of direct talks between Saudi Arabia and Iran in Iraq in early April. The talks are currently being brokered by Baghdad, but were preceded by five meetings starting in January 2021. The initial meeting took place between Iranian and Emirati officials. The unfolding talks between Iran and Saudi Arabia may serve as a parallel regional track to the ongoing nuclear talks in Vienna. Many remember Iran severed ties with Saudi Arabia in 2016 in response to the execution of a notable Shi’a dissident, Sheikh Nimr al-Nimr. Their rivalry has played out across several states in the region, including Bahrain, Iraq, Lebanon, Syria, and Yemen. We have also seen this film before. At the outset of Mahmoud Ahmadinejad’s presidency, he made trips to Riyadh and Doha, promising greater stability in the Gulf to much fanfare. This did not turn out to be the case.

However, these talks should be greeted with only cautious optimism and limited expectations. It is unlikely that we will see a “Nixon Goes to China” or “Sadat Goes to Jerusalem” type of exchange between Riyadh and Tehran. Unlike the rapprochement that occurred between the states after Britain’s withdrawal “east of Suez” and America’s “twin pillar” policy, Iran largely remains a revisionist state in the eyes of Saudi Arabia. The one-time close security cooperation that characterized Saudi-Iranian relations during the 1970s is highly unlikely to return, even in the face of complete American withdrawal from the Gulf, much less the entire region.

The bad blood between the two sides is well known. The Saudis never entirely trusted the Shah. Some members of the House of Saud felt uneasy about his territorial ambitions, in the wake of Britain’s withdrawal east of Suez due to his statements about Bahrain and the Tunb islands. However, they recognized that Iran offered greater stability than the few available alternatives at the time, such as a condominium with Iraq.

Previous attempts at détente, such as those that followed the death of Ayatollah Ruhollah Khomeini, faltered because of ideational hurdles. The challenges that Iran threw at Saudi Arabia over issues such as the Organization of the Islamic Conference (now the Organization of Islamic Cooperation), the Israeli-Palestinian peace process, and the Salman Rushdie affair made rapprochement impossible in the early 1990s. Today, there is correspondence between Saudi Arabia’s quagmire in Yemen, Iran’s poor financial performance, the U.S. desire to pull out of the Middle East (as evidenced by the Biden administration’s announcement that it would indeed be withdrawing from Afghanistan), interest in restoring the nuclear deal, and the need for a regional security agreement.

However, the “ideational security dilemma,” unlike Jervis’s security dilemma, stands in the way of Saudi Arabia and Iran making a grand bargain that would settle their differences. The traditional security dilemma suggests that increases in states’ material capabilities — even if they are defensively motivated — may make other states less secure, leading to conflict. All regimes have to establish their domestic legitimacy. However, because of the universality of their domestic projects, revolutionary states have a need to project ideational power outside their borders. Here, the ideational security dilemma comes to look like the traditional security dilemma: when states’ ontological security — or security of the self — is undermined or challenged, a spiral of competition emerges between two (or more) states, leading to conflict. However, conflict may occur between a powerful and a weak state, while cooperation may emerge between states with large arsenals. For example, we saw Anwar Sadat’s Egypt and the Shah’s Iran cooperate despite the latter’s potent military capabilities and saw the relationship sour when Iran became an Islamic Republic but its military capabilities declined.

Despite MbS’s recent interview and the recent talks, the ideational security dilemma stands in the way of a grand bargain between Iran and Saudi Arabia. Saudi Arabia has long seen Iran’s ideational power projection as a threat to its own domestic stability, in particular to the predominantly Shi’a Eastern Province. As a response, Saudi Arabia helped lead the counterbalancing coalition against Iran during the Gulf War by arming Iraq as well as forming the Gulf Cooperation Council. Since the overthrow of Saddam Hussein, Iraq has been a theater of operations in a proxy war between Iran and Saudi Arabia, and with the outbreak of the Arab Spring led Riyadh to put down Shi’a protests in places such as Bahrain for fear it would lead to a set of falling dominoes that would favor Iran. In an interview with Jeffrey Goldberg of The Atlantic, MbS compared Iran’s Supreme Leader Ali Khamenei to Hitler. Hoping to eliminate Iranian influence from their borders, along with a belief in the efficacy of the offensive, led Saudi Arabia to invade Yemen. Instead, Riyadh found itself in a multi-year quagmire.

If successful, the talks may allow Saudi Arabia to extricate itself from the morass, but they are unlikely to lead to a grand bargain that resolves all of its disputes with Iran. One means that the two sides may avail themselves of in pulling out of Yemen is GRIT, or Graduated and Reciprocated Initiatives in Tension Reduction, a tool used in arms control.

However, the talks are likely to exacerbate Israel’s fears of abandonment and concerns that the de facto containment regime is on the brink of collapse. This past week Mossad chief Yossi Cohen met with President Joe Biden, National Security Advisor Jake Sullivan, and Secretary of State Antony Blinken in an attempt to convince the United States to abandon attempts to return to the Joint Comprehensive Plan of Action. The U.S.-Israeli meeting was held following reports that the Biden administration is eyeing a major sanctions rollback in order to rejoin the nuclear deal and bring Iran back into compliance. Some, such as former Secretary of State Henry Kissinger, see the Abraham Accords as a means of future Iranian containment. While MbS reportedly held a secret meeting with Israeli Prime Minister Benjamin Netanyahu (but never signed the Abraham Accords), Saudi Arabia has long been considered a critical component of containing Iran. Any side deal with Tehran would likely be seen as a defection.

Hopeful signs come in the form of mutual interest between both sides to bring about an extrication from Yemen and signals that have recently been sent about Syria. The ongoing talks between Iran and Saudi Arabia may be likely to yield a cooling of tensions between the Gulf’s two biggest regional players and possibly provide Riyadh with an opportunity to pull out of Yemen. Zarif’s recent visit to Syria, coupled with Assad’s comments and meetings between Syrian and Saudi intelligence, indicate a cooling of tensions is likely to be on the table. However, even if Saudi Arabia and Iran pull out of Yemen, this will not mean an end to the civil war. This will simply mean that the Gulf’s two main powers will have stopped fighting; the other parties on the ground will likely continue to fight because their conflicts have not as of yet been resolved. For example, issues concerning Lebanon, Iraq, Bahrain, Saudi Arabia’s treatment of its Shi’a population, Iran’s ballistic missile program and its use of terrorist proxies all remain on the table. So, a wider regional deal is likely off the table for the foreseeable future.

In the interregnum, the talks are likely to exacerbate Israel’s unease surrounding the containment regime of Iran. Regardless of who forms the next government in Israel, the Israelis are going to fear being abandoned. Although Saudi Arabia never signed the Abraham Accords, it is well known that they talk to Israel and share their concerns with respect to the Iranian nuclear program. Israel has long believed that Saudi Arabia was a de facto ally and part of its efforts to contain Iran. If Iran effects a rapprochement with Saudi Arabia, part of Israel’s containment apparatus will have been broken, forcing the latter to “chain gang” or move closer to its other allies, starting with the other states that it normalized relations with in the past year.

Albert Wolf is an Assistant Professor of Political Science at the American University of Central Asia and an Associate Fellow at SAIS – Johns Hopkins University. The opinions expressed in this piece are his own.