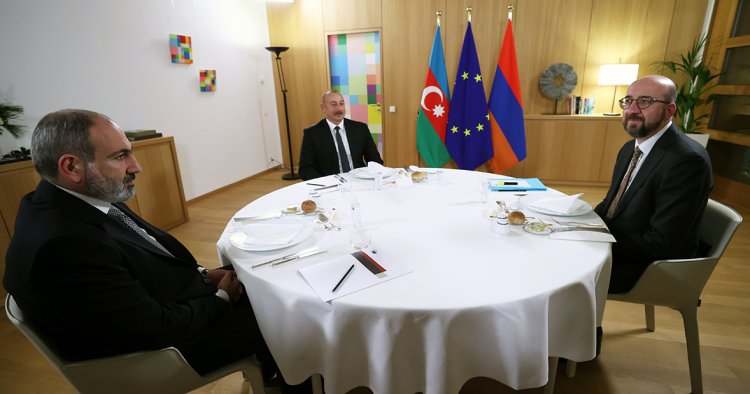 Armenia and Azerbaijan, two long-standing adversaries in the South Caucasus, are edging closer to a peace deal that could potentially alter regional geopolitics. The prospective reconciliation also coincides with a nascent rapprochement between Armenia and Turkey. Yet there are significant constraints too, in terms of both wider geopolitics and domestic Armenian politics, that could hinder the process.

The first tangible indication of this came in March 2022 when Baku unveiled a framework document that called for the mutual acknowledgement of the geographical integrity of Armenia and Azerbaijan; confirmation of the absence of territorial claims; border delimitation and demarcation; establishment of diplomatic relations; and the opening of transport communications. Armenia did not disagree with the proposal. The Nagorno-Karabakh conflict, according to Ararat Mirzoyan, Armenia's minister of foreign affairs, is a matter of rights rather than a geographical dispute. This constituted a major change as since the end of the First Nagorno-Karabakh War in the early 1990s, Armenia was against recognizing Azerbaijan's sovereignty. Yerevan is still likely to demand certain rights, such as the status of the Armenian language and perhaps the autonomy of Nagorno-Karabakh.

This change in perspective followed a change in language by the Armenian leadership that has been evident in recent months. In an interview in April, Prime Minister Nikol Pashinyan made a deliberate point to underline that Nagorno-Karabakh was part of Azerbaijan.

Concrete progress toward a peace treaty was made on May 22 when the presidents of Armenia and Azerbaijan met in Brussels to discuss the peace process. Charles Michel, the president of the European Council, served as the meeting's facilitator. After extensive negotiations, Armenia and Azerbaijan came to an agreement on transit routes, including the Zangezur corridor, whereby Azerbaijan would have direct road access to the exclave of Nakhchivan through southern Armenia, while Yerevan will have a railway link to Russia through Azerbaijan. This was confirmed by the latest leak by the Russian side that Baku and Yerevan are nearing an agreement on the corridor through Armenia. Another significant outcome of the Brussels summit was the process of delimitation and delineation of boundaries.

The Brussels summit also served as a historic high point for EU engagement in the South Caucasus. Since early 2022, the representatives of the two South Caucasian republics have met almost exclusively through EU mediation.

Despite the progress that has been made, a series of obstacles remain on the road to a peace treaty. First, the Armenian leadership’s change in tone has not been warmly received by Armenians in Nagorno-Karabakh, who vehemently backed the previous strategy of complete secession from Azerbaijan. Some Nagorno-Karabakh Armenians even went so far as to suggest joining Russia in mid-April, criticizing Yerevan's rhetoric and declaring that it would be impossible to live under Baku's rule.

There is also the influential Armenian diaspora, which has organized protests calling for a boycott of the proposed agreement. This might result in reduced foreign financial and political support for Armenia from the U.S. and France, which would complicate the position of the Armenian government. Yet for the majority of the Armenian population it is becoming increasingly clear that the Armenian diaspora is disconnected from the realities on the ground. First off, compared to the diaspora, Armenians in Armenia do not harbor as much animosity toward Turkey.

Geopolitics presents yet another obstacle, namely the Russia factor. It is still far from clear what Russia is gaining from Armenia’s potential improvement of relations with Azerbaijan and Turkey. For decades Yerevan’s isolation served Moscow’s interests well. Armenia’s dependence on the Russian economy and military has allowed Moscow to retain its position in the South Caucasus unchallenged. The rapprochement, however, could slowly unravel the basis of Russian power. This has led many to express skepticism over Moscow’s intentions and desire to help Turkey, Armenia, and Azerbaijan end their historical enmity.

Nevertheless, despite wider geopolitical uncertainties and months-long street protests and occasional fighting in Yerevan, the threat to Pashinyan’s government is not existential. He seems confident that he can weather the storm since Armenia's previous leaders are frequently linked to the corrupt system that weakened its regional position and undermined it internally over the past two decades. There is an emerging agreement in Armenia that Pashinyan cannot be held completely responsible for the defeat in 2020; rather, the Republican Party's decades-long depravations are to blame.

There is also another, no less important reason. Near 40% of the Armenian population continues to support the PM, mostly because there is no realistic political alternative. Few in Armenia believe in better relations with Turkey and Azerbaijan (and the majority oppose abandoning Nagorno-Karabakh), but the economic and geopolitical rationales are undeniable. Along with the increased commerce with Turkey and a new route to European markets, reconciliation with their eastern neighbor would restore railway ties, effectively transforming Armenia from a traditionally isolated actor into an active player in the South Caucasus. Both Ankara and Yerevan already stated that they were ready to start diplomatic relations and reopen the long-closed land border.

Emil Avdaliani is a professor at European University in Tbilisi, Georgia and the Director of Middle East Studies at the Georgian think-tank, Geocase.