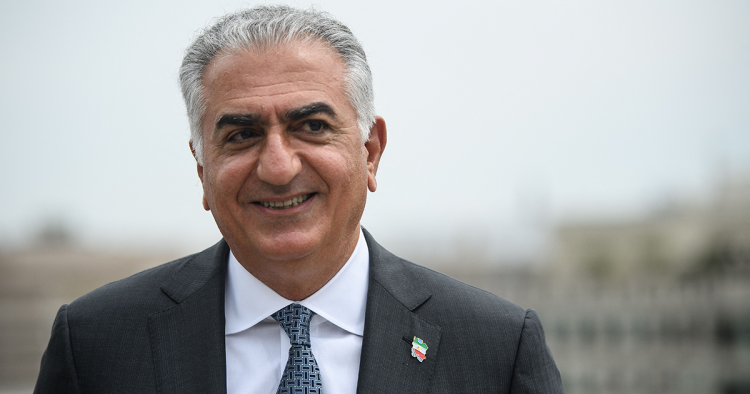 The June 3 address by Reza Pahlavi, son of the last shah, to the people of Iran was bad news for Supreme Leader Ayatollah Ali Khamenei.

In his live televised address and press conference, Reza Pahlavi made several accusations against the current leadership of Iran. Calling the regime “helpless,” he denounced its inability to provide the people with the basic necessities for survival. Reza Pahlavi went on to blame the regime’s “impotence” for the recent collapse of the Metropol building in Abadan, which corrupt local authorities had allowed to open despite several prior warnings about safety violations. So far, 41 victims have been identified from the Metropol disaster. Reza Pahlavi warned regime officials who order attacks against Iranian protesters — “the oppressors of the people,” as he dubbed them — that “every single one of their crimes will be addressed.”

Reza Pahlavi also made a series of recommendations to those wishing to join the movement against the current ruling regime. First, he called for unity among the opposition. Second, he emphasized that the torch of opposition had passed from Iranians abroad to “Iranians inside Iran.” Third, he urged the security forces to “join the people [of Iran], because the current regime is on its way out.”

Judging from their reaction, Reza Pahlavi’s address has put Iranian officials on edge. The very next day, at a ceremony commemorating the 33rd anniversary of Ayatollah Ruhollah Khomeini’s death, Supreme Leader Khamenei denigrated the Pahlavi dynasty. He singled out for criticism “the Western way of life” prevalent during the Pahlavi era and denounced as “reactionaries” those wishing to revert to that lifestyle. Khamenei also tried to undermine Reza Pahlavi’s claim that the regime lacks popular support by stating that, unlike the case of the French and Russian revolutions, the Iranian revolutionary order has not crumbled. (In the case of Russia, Khamenei seems to be referring to the 1905 revolution, despite which Tsar Nicholas II ultimately stayed in power until 1917.) Meanwhile, other Iranian officials, such as Hassan Khomeini, grandson of Ayatollah Khomeini, and Ahmad Khatami, the guardian of Khomeini’s mausoleum and a senior member of the Assembly of Experts, also attacked the Pahlavi dynasty.

The most important question, however, is whether Reza Pahlavi’s TV address will have any real impact inside Iran.

So far, some Iranians have taken to social media to post videos of the Pahlavi TV address being broadcast inside Iran, alongside anti-Khamenei comments. Apart from that, there does not seem to have been any notable reaction.

Iran’s leaders are increasingly unresponsive to the Iranian people and apathetic about their priorities. Ayatollah Khamenei is clearly much more focused on Iran’s nuclear program and the removal of the Islamic Revolutionary Guard Corps (IRGC) from the U.S State Department terror blacklist than the issues most regular Iranians care about, like how rising inflation is destroying their purchasing power. Things have gotten so bad that an increasing number of Iranians can’t even afford basic foodstuffs, such as dairy products; over the last four years, the consumption of milk in Iran has fallen by 40% due to skyrocketing prices. Shockingly, poverty is even causing Iranian mothers to abandon their newborns. According to a recent report, some 5,000 Iranian newborns were abandoned by their mothers in the span of just 10 days. Meanwhile, affluent and corrupt regime officials are sending their children abroad — as many as 4,000 live in the U.S., Canada, and Europe, according to a recent statement by an IRGC official.

Disheartened by the corruption and indifference of the ruling class, the people of Iran are no longer willing to sacrifice for the revolution and its goals. Government officials and Iran's press discuss this trend openly. Meanwhile, nostalgia for the Pahlavi regime is on the rise, as noted by the government mouthpiece Khat-e Hezbollah in its January 2022 issue. According to an April 2022 survey of Iranians by the Group for Analyzing and Measuring Attitudes in Iran (GAMAAN), 84% of whom were based in Iran, 64% have a positive view of Reza Pahlavi while 28% have a negative view. In addition, 66% have a positive view of his father Reza Shah, the founder of the Pahlavi dynasty, while 23% have a negative view. The survey also found that 39% of respondents chose Reza Pahlavi as the most popular political figure, followed by President Ebrahim Raisi in second place with 17%. Reform is no longer being discussed in Iran as a solution to the current regime’s policies. Chants in favor of the 2009 Green Movement have long since given way to ones targeting the supreme leader himself.

Reza Pahlavi’s recent TV address has prompted numerous debates on Persian-language TV stations abroad about whether a return to the monarchy is possible or desirable. Some of these stations, such as BBC Persian and Manoto TV, broadcast to large audiences inside Iran, especially in Tehran. Thus, Reza Pahlavi has scored a publicity victory if nothing else as the idea of the return of the Pahlavi monarchy has gained more traction and airtime because of his recent TV address.

No one thinks that a single TV appearance by Reza Pahlavi will cause the downfall of the ruling regime in Iran. Even if it were to fall, it is not clear how many Iranians would actually want an elected constitutional monarchy to replace it, as Reza Pahlavi has proposed.

However, as long as the regime chooses to focus on its own priorities rather than those of the Iranian people, the popularity of the opposition, including monarchists, will continue to increase.

Meir Javedanfar, Ph.D, is an Iranian-Israeli lecturer, author, and commentator. He has been teaching Iranian politics at Reichman University in Israel since 2012 and is a non-resident scholar with the Iran Program at the Middle East Institute (MEI).