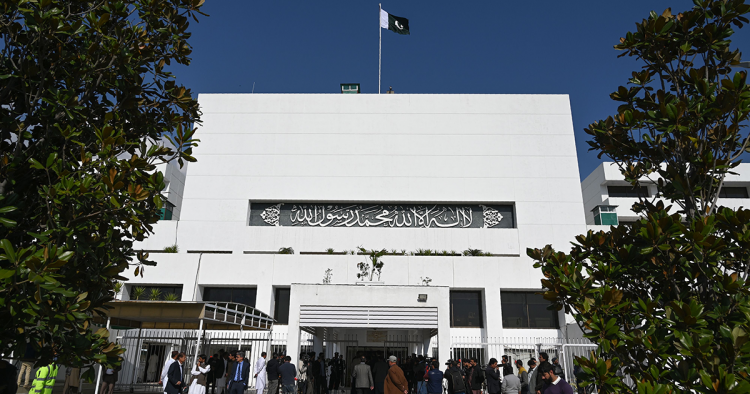 Pakistan continues to reel from uncertainty as its political transition — ill-timed during a period of domestic and global economic tumult — has yet to consolidate.

Political volatility during the new governing coalition’s first two months in power has led to policy paralysis. But this paralysis has begun to ease as the army has signaled support for the government and the International Monetary Fund (IMF) continues to press for austerity measures.

The IMF has made clear that it will only release the next $1 billion tranche from Pakistan’s $6 billion Extended Fund Facility if Islamabad raises fuel and electricity prices and takes aggressive measures to reduce the fiscal deficit. And the resumption of the IMF program is essential to unlocking assistance from other bilateral and multilateral partners and staving off a balance of payments crisis. As a result, the coalition led by the Pakistan Muslim League (Nawaz) (PML-N) has finally started raising energy prices.

These measures will ease Pakistan’s twin deficit challenge, involving both fiscal and current account deficits, but they will also take a heavy toll on the average Pakistani. Inflation, which hit 13.8% in May, could rise to around 20% and remain in the double digits into next year. This will be a painful summer for Pakistanis as they're hit with a one-two punch of rising energy prices and electricity supply cuts.

Understandably, the PML-N would like other power brokers, including the army, to share the political burden of economic reform. Prime Minister Shehbaz Sharif has called for the adoption of a Charter of the Economy— a national consensus on economic reform.

The idea is sound, but politically infeasible right now. What is more important is for Pakistan’s current federal and provincial governments to go beyond firefighting and push forward essential reforms — including in agriculture, energy, and local governance — that are key to ensuring the country’s political and economic stability and long-term growth prospects. Indeed, it is in their political interest to do so.

Pakistan’s power elite must recognize that this is an exceptional moment in the country’s history — an inflection point both politically and economically.

Former Pakistani Prime Minister Imran Khan, once backed by the powerful army and Inter-Services Intelligence agency, is taking on the new government and the army leadership. Khan is not just backed by what one might call the “anti-elite elite,” but also by much of the middle class.

Sixty-two percent of those with a full secondary education or higher said they were “angry” about Khan’s ouster in an April survey conducted by Gallup Pakistan. Given widespread anti-U.S. sentiment, Khan’s claims of being deposed by an American "regime change” campaign have resonated with this demographic. But it’s not the only reason why they support him. Khan is also tapping into their resentment of the status quo.

In recent years, Pakistan’s middle class has been hit hard by unemployment and inflation. According to the Pakistan Human Development Report 2020 from the United Nations Development Program (UNDP), the real growth rate of per capita income for Pakistan’s middle class from the 2013-14 and 2018-19 fiscal years trailed that of the rest of the population (1.2% versus 1.8%). The unemployment rate of those with a college degree or higher surged from less than 5% in 2007-08 to over 16% in 2018-19. Pakistan has a seen an expansion of higher education, but there remains a mismatch between the skill sets and preferences of college graduates and the demands of employers. As the current government reduces blanket subsidies, replacing them with targeted cash transfers for the very poor, macroeconomic stabilization may largely come at the middle class’s expense. And that could have political as well as geopolitical ramifications.

Khan has fused the issues of inflation and national sovereignty by alleging that the Sharif government is afraid of incurring Washington’s wrath by following through on an agreement he claims to have made with Moscow for importing discounted Russian oil. He notes that New Delhi has ramped up imports of Russian oil and, as a result, has been able to avoid fuel price hikes.

The big picture is this: Pakistan’s economy is working, but only for its elite. Sustained, rapid, and equitable economic growth has remained elusive due to policy distortions that serve its civilian and military elite.

The aforementioned UNDP report, produced by a team of Pakistani researchers led by Dr. Hafiz Pasha, offers an exceptional deconstruction of Pakistan’s political economy. It assesses that in the 2017-18 fiscal year alone, Pakistan’s corporate, feudal, and military elite received the equivalent of $13 billion in current dollar terms in “benefits and privileges” — roughly 7% of the country's GDP.

Reform is a long-term process. But Pakistan must make use of this “shock” period to redistribute allocations toward social protection and incentivize greater productivity. Delay is not an option. In the coming years, Pakistan’s challenges will only deepen due to climate change and rapid population growth. Pakistan is already one of the world’s 10 most populous countries and it will remain among those ranks as its population surges over the coming decades.

Pakistan needs a path toward sustained, rapid, and equitable economic growth that incorporates its fast-growing population into the labor market. But Pakistan is a net energy importer with a narrow export base. Periods of economic expansion have been consumption-driven and import-dependent. As a result, Pakistan’s economy overheats once growth passes the 5-6% range. It is vital that the current government devote its energy and reallocate resources toward facilitating export growth, improving agricultural productivity, and addressing the domestic fuel production deficit.

Pakistan’s agricultural sector has grown at an average rate of less than 2% since the 2014-15 fiscal year. Declining agricultural productivity, a rapidly growing population, increasing water stress, and the worsening effects of climate change are all exacerbating an already-serious food security challenge. The agricultural industry also contributes to the massive electric power industry arrears. Pakistan provides hundreds of millions of dollars in annual electric power subsidies for agricultural tube wells. And edible oils are among Pakistan’s top imports.

Policy experiments in Pakistan in recent years have identified solutions to these challenges. For example, conditioning the provision of low-interest loans for solar tube well installation on the use of high-efficiency irrigation systems or allowing net-metering can promote water conservation, lower input costs, and help curtail power sector debt.

Pakistan’s federal and provincial governments should also incentivize innovation in the private sector seed development industry and the local production of edible oils.

With domestic gas and oil reserves in decline, Pakistan’s vulnerability to surges in global fuel prices will grow. It needs to ramp up domestic energy exploration, promote renewables, and assess the feasibility of green hydrogen and ammonia production, especially in southern Balochistan.

Finally, Pakistan must strengthen the “last mile” of governance. Pakistani politicians often hail China’s model of governance, but few recognize the role of decentralization of power and empowerment of local governments in China’s growth story.

To their credit, Pakistan’s politicians banded together to devolve power to the provinces under the 18th Amendment. Yet most have been averse to devolving power down to elected local bodies, with some provincial governments repeatedly delaying local elections. That has left large metropolises like Karachi orphaned when it comes to local governance and stunts their ability to grow and develop independent sources of revenue, including through the issuance of bonds.

Political stability in Pakistan cannot be ensured simply through intra-elite deals made in Islamabad. It also requires improving the last mile of governance and the responsiveness of the state to the needs of the public.

Arif Rafiq is the president of Vizier Consulting LLC, a political risk advisory company focused on the Middle East and South Asia, and a non-resident scholar at the Middle East Institute (MEI).