The Persistent ISKP Threat to Afghanistan: On China’s Doorstep 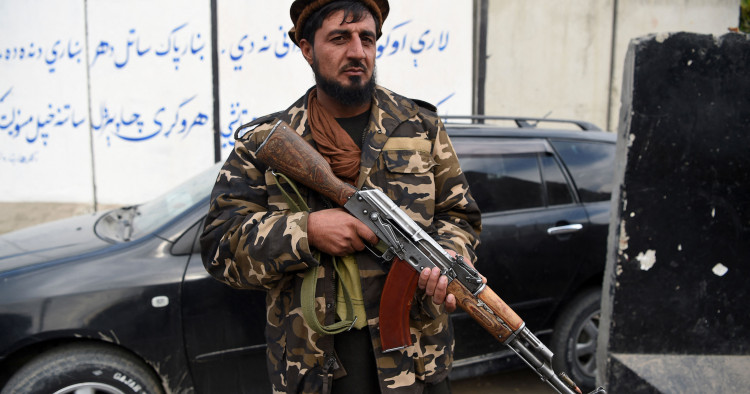 Two separate bombs were detonated in Dasht-e-Barchi in Kabul on December 10, killing two and injuring three others.[1] Although no group has claimed responsibility for the attack, the Islamic State of Khorasan Province (ISKP) is likely behind the latest bout of violence. ISKP’s fingerprints have been on other attacks. One of the worst, which killed over 180 people and injured hundreds, took place outside the Kabul airport in August 2021 during the final days of evacuations.[2] The increasing number of attacks demonstrates the growing threat posed by the ISKP.

ISKP has been emboldened by the withdrawal of foreign forces whose previous counterterrorism measures had constrained their activities in Afghanistan.[3] The group is leveraging the power vacuum and lack of political stability to increase their foothold and mount a challenge to the Taliban’s rule, monopoly on violence, and efforts to gain international recognition. Moreover, ISKP is trying to absorb disillusioned Taliban fighters and other smaller militant groups into its fold.[4] Although the Taliban has given assurances that Afghanistan will not be used as a launchpad for incursions into neighboring countries, the growing number of attacks claimed by or attributed to ISKP raise concerns about whether the former has a firm hold on the country. Despite capturing ISKP-held districts in the past, countering the group is proving to be harder this time for the Taliban as they transition from a guerrilla-style insurgency to a government.[5]

China, which had benefited from the American security presence, has become increasingly concerned about the security vacuum that followed the US withdrawal from Afghanistan. Beijing is now compelled to find ways to protect its own security and economic interests given the changing realities on the ground.[6]

ISKP is an offshoot of ISIS that emerged in late 2014 in Southern and Eastern Afghanistan with the objective of expanding the latter’s caliphate to South and Central Asia governed by sharia law.[7] The group’s history has been one of violent expansion and recruitment with sporadic fighting against former Afghan National Defense and Security Forces’ (ANDSF), international forces, and the Taliban. Many of the ISKP’s earlier fighters were members of the Tehrik-e-Taliban (TTP), and over time they absorbed cadres from Al-Qaeda and Taliban. ISIS announced the formation of the “Khorasan” province when ISKP became stronger.[8] There was a high level of euphoria around ISIS in 2014/2015 and hence other terrorist groups felt that it would serve their interests to forge an alliance with ISKP to gain recognition, branding, and recruit soldiers.

The Global Terrorism Index ranked ISKP as the fourth most dangerous organization in the world in 2018.[9] At its peak, the group had around 8,500 soldiers and claimed responsibility for some of the most violent attacks in Afghanistan. ISKP had lost much of its operational capabilities when the US and its allies and separately the Taliban drove the group out of their stronghold in 2019. However, ISKP continued to operate through sleeper cells across the country.[10] In 2020 the group orchestrated many high-profile attacks despite controlling little territory, including the assault on a maternity ward in a Kabul hospital that killed 24 people in May 2020.[11]

By June 2021, the number of ISKP core fighters had dwindled to around 1,500 to 2,200 operating in autonomous cells, mostly in provinces including Kunar and Nangarhar.[12] Nevertheless, in recent weeks ISKP has carried out several lethal attacks on soft targets in cities across the country, including Kabul, Jalalabad, and Mazar-e-Sharif.[13] It has also orchestrated smaller improvised explosive device (IED) and small arm attacks against the Taliban and security forces. Reports suggest that ISKP has strengthened their position in and around Kabul to plan and conduct attacks in the country’s capital.[14]

While the Taliban’s ideology stems from the Afghan Pashtunwali code and the group’s biggest goal was to rule over Afghanistan, ISKP follows a Salafi-jihadi ideology governed by Islamic jurisprudence and seeks to establish a caliphate across Afghanistan, Pakistan and parts of Iran and India.[15] The group’s pan-Islamist ideology may better appeal to some regional terrorist groups over the Taliban’s nationalistic ideology.

In their March 2020 newsletter al-Naba, ISKP criticized the Taliban for signing an agreement with the US.[16] The group does not accept the Taliban’s legitimacy and called them ‘filthy nationalists’ for adopting a myopic nationalistic position instead of a global jihadist one.[17] This may enable ISKP to further build loose alliances, recruit more soldiers, and increase their capabilities.[18] The group has already inducted soldiers from more than a dozen countries in a bid to recreate the historical “Khorasan” region. The group has also joined forces with the Islamic Movement of Uzbekistan to strengthen its foothold in Central Asia.

The Taliban and ISKP will try to project themselves as the authentic representative of Islam and use that as a recruitment and expansion strategy. Nevertheless, experts have said that rivalry between the two is likely to be confined to a protracted guerrilla-style conflict with direct battles and clashes instead of descending into a civil war.[19] While the Taliban has given amnesty to former security members, the same concessions have not been extended to ISKP. The Taliban is likely to carry out raids against ISKP hideouts, similar to the operation in Nangarhar and detainment of 80 ISKP fighters, as the latter seeks to pose a formidable challenge to the Taliban’s rule.[20] ISKP is also likely to regroup, change its modus operandi, become more resilient, and recruit more hardline fighters to enhance its position in Afghanistan and the surrounding region.

Although the US launched a drone strike against ISKP in late August 2021, it has not implemented a long-term counter-terrorism strategy against ISKP. The intelligence-gathering and surveillance systems used by the US and its allies have been dismantled.[21] The chief of US Central Command, Gen. Frank McKenzie, also confessed that Washington is providing only limited security assistance to the Taliban to counter the threat from ISKP.

Regional countries may step into the security void to prevent the threat of ISKP spilling into their territories.  Russia has said that ISKP fighters in northern Afghanistan may travel to Central Asian countries disguised as refugees and hence been prompted to start dialogue with the Taliban.[22] The Iranian government is working together with the Taliban to prevent ISKP fighters from crossing into borders.[23]

India is apprehensive of militants emboldened by the return of the Taliban and infiltration of these groups into Indian-administered Kashmir. New Delhi has associated an increase in targeted attacks against civilians and security forces in Kashmir in October and November 2021 with the Taliban’s victory in Kabul.[24] Moreover, ISKP has been trying to recruit Indians for several years and over two dozen Indians have left the country to join the group. Assessments have been made on possible links between ISKP and Lashkar-e-Taiba (LeT) members who have expertise and skills in guerilla warfare.[25] An increase in ISKP’s operational capabilities in Afghanistan may have spillover effects into Indian-administered Kashmir.

Regional countries may gradually be left with no choice but to legitimize the Taliban in exchange for security guarantees if the latter manages to dismantle ISKP hideouts and demonstrate that they believe in “counterterrorism” measures.[26] Moreover, it is in the Taliban’s interest to make concerted efforts to prevent rogue and disgruntled fighters unhappy with the group’s diplomatic overtures to the international community defect to ISKP.

Beijing’s overriding security concerns are spillover effects from the Taliban’s takeover of Kabul to other militant groups, the absorption of East Turkestan Islamic Movement (ETIM) fighters into ISKP fold, and possibility of orchestrating attacks in Xinjiang province.[27] China also has significant economic investments in Afghanistan including the Amu Darya Oil project, Mes Aynak copper mine and ambitions to expand the China-Pakistan Economic Corridor (CPEC) to Kabul. These projects are contingent on the security situation and diplomatic relations with the Taliban.[28]

Despite security assurances from the Taliban, China is fearful of further extremism in Xinjiang province. An attack in Kunduz in October 2021 claimed by ISKP was executed by a Uighur Muslim over possible retaliation for the Taliban’s inclination to forge closer relations with Beijing.[29] The Uighur fighters associated with ETIM may find a haven under the Taliban’s rule, raising security concerns for China.

Although China is unlikely to become fully comfortable with diplomatic engagement with the Taliban, it is the only pragmatic option to secure its western frontiers, to reduce the threat of anti-China militant groups finding safe harbor, and to protect its economic stakes in the region. At the same time, however, it is unclear what China is prepared to do — or capable of doing — on its own or in conjunction with other regional or external powers to prevent ISKP’s Khorasan from becoming the next Syria.

[7] Arian Sharifi, “Could the Islamic State- Khorasan Province be the Next Chapter of Global Terrorism,” The Diplomat, September24, 2020, https://thediplomat.com/2020/09/could-the-islamic-state-khorasan-province-be-the-next-chapter-of-global-terrorism/.

[11] Catherine Putz, “Islamic State Emerges from the Shadows as US withdraws from Afghanistan,” The Diplomat, August 30, 2021, https://thediplomat.com/2021/08/islamic-state-emerges-from-the-shadows-as-us-withdraws-from-afghanistan/.

[12] Arian Sharifi, “Could the Islamic State- Khorasan Province be the Next Chapter of Global Terrorism,” The Diplomat, September24, 2020, https://thediplomat.com/2020/09/could-the-islamic-state-khorasan-province-be-the-next-chapter-of-global-terrorism/.

[18] Arian Sharifi, “Could the Islamic State- Khorasan Province be the Next Chapter of Global Terrorism,” The Diplomat, September24, 2020, https://thediplomat.com/2020/09/could-the-islamic-state-khorasan-province-be-the-next-chapter-of-global-terrorism/.