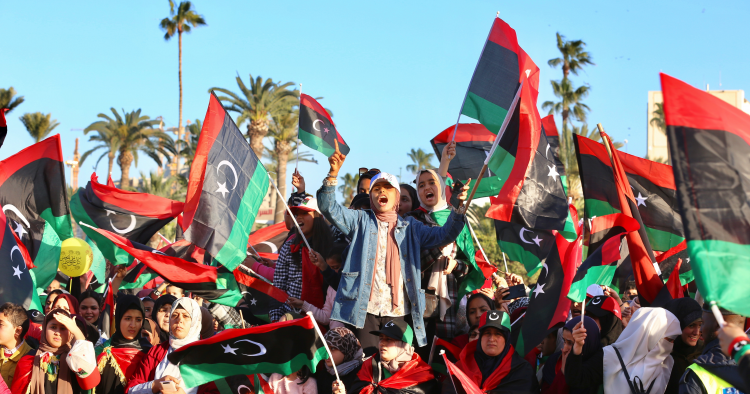 Five years ago, President Barack Obama characterized the failure “to plan for the day after” the U.S. intervention in Libya as his worst foreign policy mistake. Certainly, the aftermath of the decision to provide support for the Feb. 17, 2011 uprising, which ended 42 years of Moammar Gadhafi’s erratic and dictatorial rule, hasn’t been happy. Libya’s past decade has featured recurrent civil war, state collapse, terrorism, militias, and warlords, together with competing foreign interventions despite the continuing U.N. arms embargo.

What of the U.S. role? After the tragic terrorist killing of Christopher Stevens in Benghazi on Sept. 11, 2012, President Obama sought to assess what had gone wrong in Libya. The U.S. developed an initiative to build a 20,000-member Libyan national army — termed a “General Purpose Force” — under civil control, to replace (and as needed shut down) the hodge-podge of militias, terrorists, and criminal groups fighting for power. Nascent efforts to carry this out ended in 2014 as Libya descended into civil conflict featuring two competing governments with competing sets of foreign patrons. The U.S. focus shifted to pressing the foreign patrons to support a new unity government as an alternative to civil war. With the personal involvement of senior U.S. officials from the president on down, the U.N.-brokered process succeeded at the end of 2015, against most expectations, in forming a unity government that was supposed to provide a transition to an elected government within a year.

Throughout 2016, the U.S. worked to combat efforts by some foreign patrons to prevent that transitional government from functioning and to instead install Libyan strongman Khalifa Hifter as Gadhafi’s successor, as well as to provide an alternative to militia-based security. We sought to build common ground on security and invited Libyan military forces from east and west to meet in a “safe space” with us. We found they had much in common and could find areas for mutual cooperation. But that effort petered out in the face of rejectionism by Hifter. Instead, under the erratic approach of the Trump administration, the competing interests of the UAE, Egypt, Turkey, Russia, France, and Italy fostered renewed civil war — including Hifter’s failed effort to take Tripoli by force and become the new Gadhafi.

What to do now?

So with a new administration in place, with lessons learned, what can the U.S. do now “to plan for the day after” in Libya a decade on?

First, the U.S. should continue to build universal international support for the new caretaker government agreed on by the 75-member, U.N.-sponsored Libyan Political Dialogue Forum, whose most important job, in addition to providing basic services, including health care during this pandemic, is to make it possible for Libya to conduct the national elections scheduled for Dec. 24, 2021, the 70th anniversary of Libyan independence. Libya’s would-be future political leaders must understand that future U.S. support depends on their ensuring that free and fair elections actually take place.

Second, the U.S. needs to send the message to other countries that the U.S. will ensure concrete consequences for anyone who engages further in “toxic foreign interference” in Libya, the term it used on Jan. 21, 2021, the very first day of the Biden presidency. The Libyans themselves must also make clear that they will not tolerate the presence of the foreign mercenaries and military forces who have been violating their sovereignty and the U.N. arms embargo, and will take all appropriate measures to force out those who do not leave voluntarily.

Third, the U.S. and other countries should support Libyan efforts to build a unified security system in which a civilian-led national institution maintains a monopoly on the use of force, supplemented by local police. No country can function when militias and mobs take up arms to decide who rules, as was most recently demonstrated in the U.S. itself with the Jan. 6 extremist attack on the Capitol. The U.S. should initiate talks, with Libyans and with other countries, about how foreigners can help train and equip Libyan human rights-respecting military and police forces to replace the militias, provide security, and end impunity. Yes, the militias are embedded in Libya’s political and economic life. Taking them on will be hard. But it must be done.

Fourth, help Libya get the economics right through providing incentives for supporting the government, and disincentives to weakening it. Members of a new national force should be provided higher salaries than members of militias, until militia salaries are phased out entirely. Floating the Libyan dinar would curtail black market and letter-of-credit abuses. Investing in oil infrastructure would increase Libya’s revenue streams for all needs, including providing funds to help address the capital depletion in the east. The U.S. Treasury Department has relevant expertise that should be actively shared.

Fifth, reopen the U.S. Embassy in Tripoli, closed since July 2014. Seeing the U.S. flag flying again at our embassy in Libya would signal renewed American commitment to the Libyan people, providing visible evidence that we have a stake in their success.

Jonathan M. Winer, non-resident scholar at the Middle East Institute, was the U.S. Special Envoy and Special Coordinator for Libya from 2014-16. The views expressed in this piece are his own.

Desalination in Libya: Challenges and opportunities